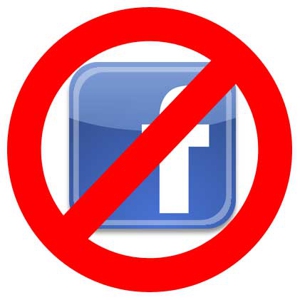 The following article, “We need to talk about Facebook,” by the German radical tech collective Nadir has been circulating on the Internet for a few months. We strongly urge folks to read it and consider the issues that they are raised (substitute “anarchist” for “the left” and it still works).

Over the past few years, we’ve seen anarchist/radical/etc groups in Grand Rapids and beyond embracing Facebook and using it to create “their” online presences. As it goes with technology, none of these groups just “use” Facebook (as if it were a neutral tool of some kind that doesn’t embody the hierarchical and capitalist values that it is built on) – they end up embracing the underlying logic of Facebook. So we see “live” updates from projects (“the banner is done!” or even “live streams” of protests), notes posted from meetings (“we met at so-and-so’s house…”), lists of who is attending what protest/event, etc… none of which is good. Facebook “interactions”—the number of likes, the endless streams of status updates, the event invites, etc—have come to be as important (if not more so in some circles) as on-the-street advertising and presence. Individuals tend to embrace the technology as well, creating massive maps of radical networks between individuals and across states, while normalizing the idea of an “always-on” all-reaching idea of computer mediated communication.

Hopefully this piece will spur some discussion and action…

For several years we have provided servers and communication infrastructure for the left. We have done our best to keep the servers safe and have resisted requests for user data by the authorities, using various means.

In short: we try to offer a liberating form of communication within the capitalist internet.

We have always seen the internet as a resource for our struggles and at the same time recognised it as contested political terrain, and we have acted accordingly. We thought that most on the left saw it the same way. But since more and more people on the left have been “using” Facebook (or Facebook has been using them), we are not so sure any more. Instead, our political work has been seen as lacking and exhausting. Encrypted communication with autonomous servers is not perceived as liberating but rather as annoying.

We just hadn’t realised that, after all the stress out on the streets and all those lengthy group discussions, many activists seem to have this desire to prattle at length on Facebook about everything and with everyone. We hadn’t realised that, even for the left, Facebook is the sweetest of all temptations. That the left along with everyone else enjoys following the subtle flow of exploitation where it doesn’t seem to hurt and, for once, not having to resist. Many people suffer from a bad conscience. While this may lead them to anticipate the fatal consequences of Facebook, it does not seem to translate into action.

Is it really ignorance?

Just to give a short outline of the problem. By using Facebook, activists do not just make their own communication, their opinion, their ‘likes’, etc. transparent and available for processing. Instead – and we consider this far more important – they expose structures and individuals who themselves have little or nothing to do with Facebook. Facebook’s capability to search the net for relationships, similarities etc. is difficult to comprehend for lay people. The chatter on Facebook reproduces political structures for the authorities and for companies. These can be searched, sorted and aggregated not just in order to obtain precise statements regarding social relations, key people, etc., but also in order to make predictions, from which regularities can be deduced. Next to mobile phones, Facebook is the most subtle, cheapest and best surveillance technology available.

We have always thought that the left wants something else: to continue our struggles on the internet and to use the internet for our political struggles. This is what it’s about for us – even today. That is why we see Facebook users as a real danger for our struggles. In particular, activists who publish important information on Facebook (often without knowing what they are doing), which is increasingly used by law enforcement agencies. We could almost go as far as accusing those activists of collaborating. But we’re not quite there yet. We still have hope that people will realise that Facebook is a political enemy and that those who use Facebook make it more and more powerful. Activist Facebook users feed the machine and thereby reveal our structures – without any need, without any court orders, without any pressure.

Our Point of View

We are aware that we’re talking from ‘above’. For us, having worked for years – and sometimes have earned a living – with the net and with computers, system administration, programming, cryptography and lots more, Facebook comes as something like a natural enemy. And since we also consider ourselves to be part of the left, this adds to the analysis of the political economy of Facebook, where ‘users’ are turned into a product, that is sold, and become consumers at the same time. The jargon for this is ‘demand generation’. We realise that not everyone deals as enthusiastically with the internet as we do. But for activists to allow this Trojan horse called Facebook to be part of their everyday lives is a sign of ignorance on a critical level.

We urge everyone: close your Facebook accounts! You are putting others in danger! Act against this data monster!

Get on your comrades’ nerves. Point out to them that by feeding Facebook they have chosen the wrong side!

Moreover, why stop with Facebook? What about the rest of the Internet?