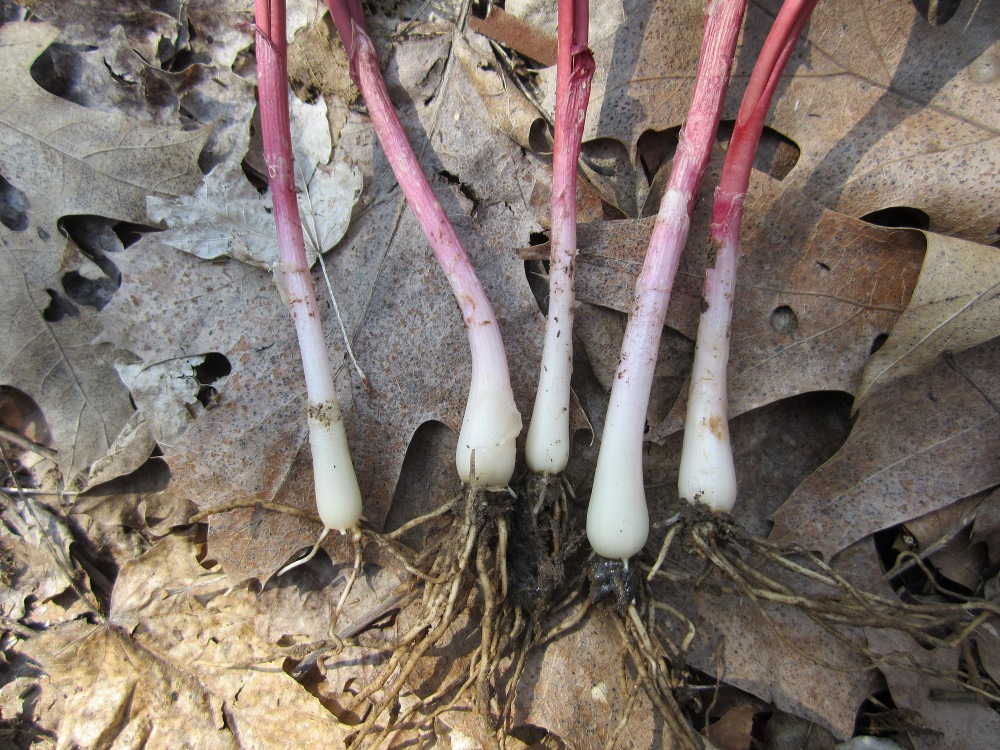 Note: This is the first in a series of blog posts that will highlight the many edible and medicinal plants that can be found in the area currently known as Grand Rapids, Michigan.

Ramps are a popular wild food that is easy to forage. They are also known as “wild leeks” (or by the official scientific name “allium tricoccum”). Ramps are a perennial onion with a garlic-like odor that grow in rich moist soils in deciduous woods throughout most of Michigan and the greater region.

Ramps are edible in the spring, summer, and fall season.

Ramps are found growing in patches in the spring. They have 2 to 3 broad, smooth, light green, onion-scented leaves in the early spring (resembling a “Lily-of-the-valley”). Here’s an example of a small patch of ramps: 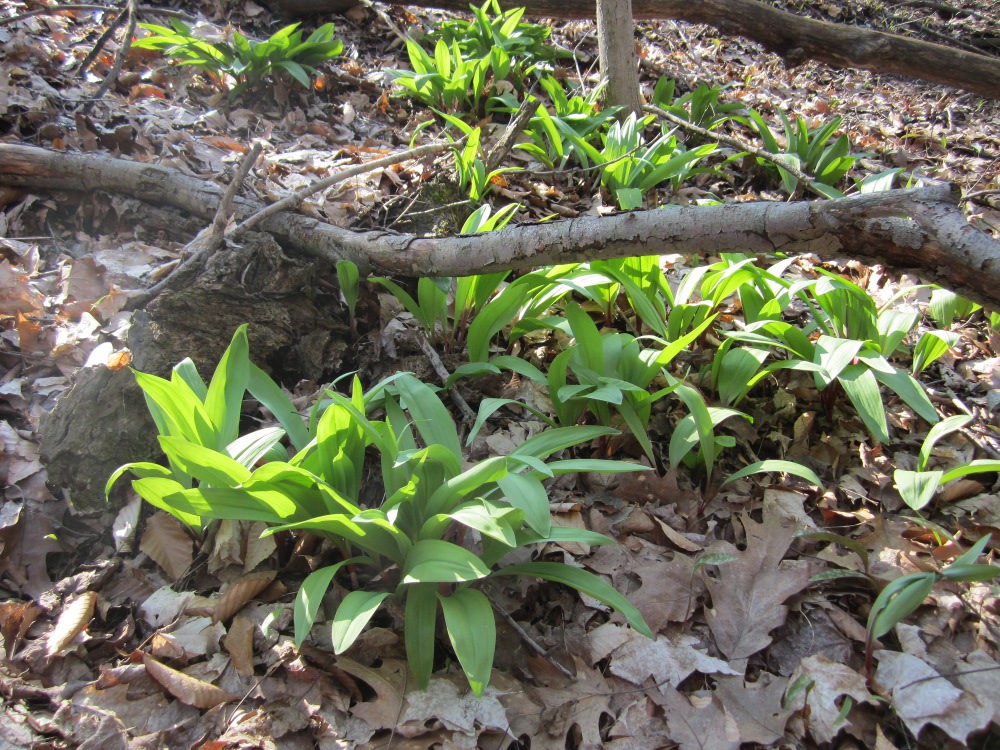 The broad, smooth leaves grow off a stem that has a burgundy or reddish-purple tint. The following picture shows a close-up of the ramps leaves and stalk: 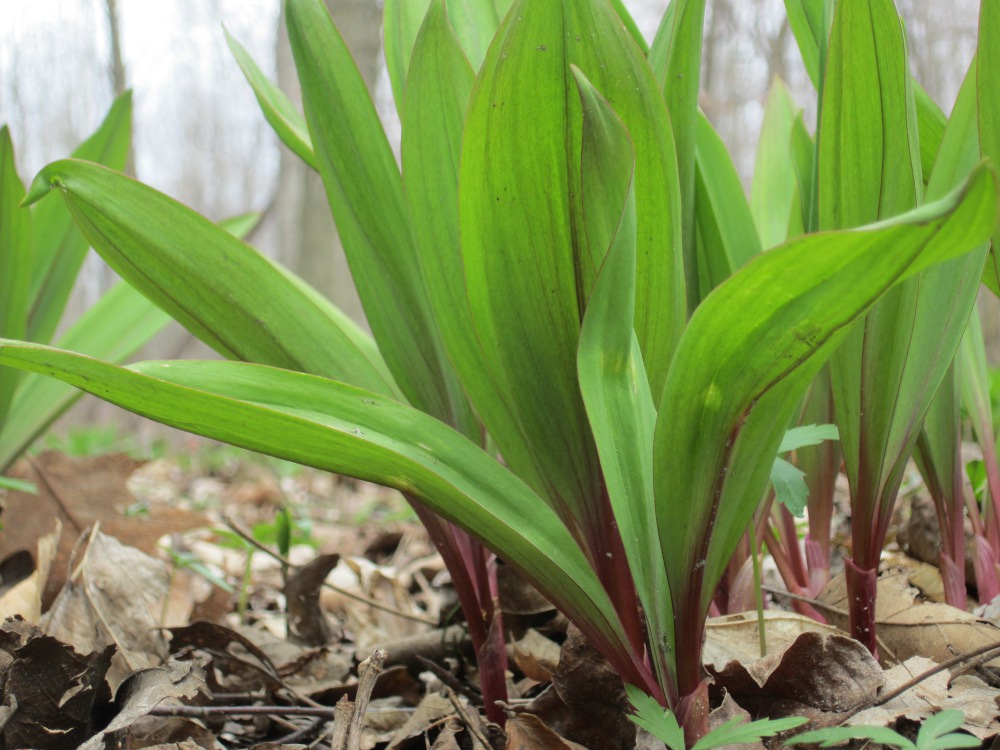 As the summer comes, the leaves of ramps begin to whither away as the leaves on nearby trees grow and crowd them out. A six-inch to one-and-a-half foot flower stalk supporting a small cluster of flowers grows on ramps in the summer.

Ramps are often found on hillsides near streams.

There are two parts of ramps that are usable: the leaves and the bulbs. In the spring, the leaves can be harvested and used in a variety of different ways (a common example is pesto). The bulbs can also be harvested in the spring or harvested throughout the year. They can be used in place of onions or leeks in soups or in other ways.

To harvest ramps, dig them up with a small shovel. Or to use the leaves, simply remove the leaves.

Here’s an example of what harvested ramps look like in the spring: 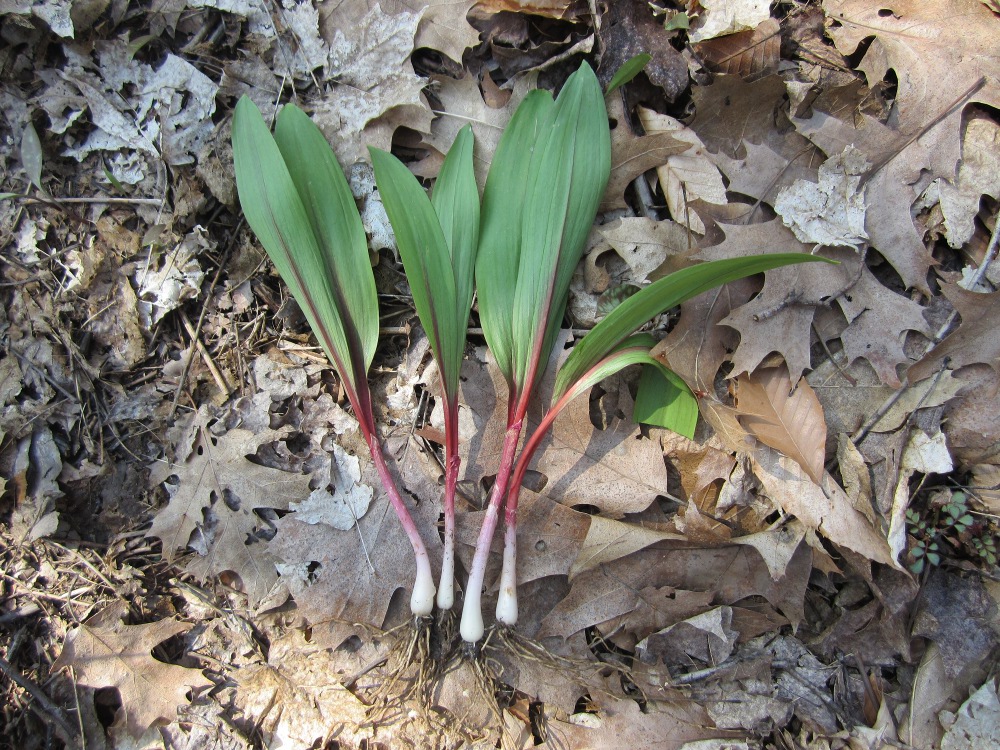 And a close up of the bulbs: