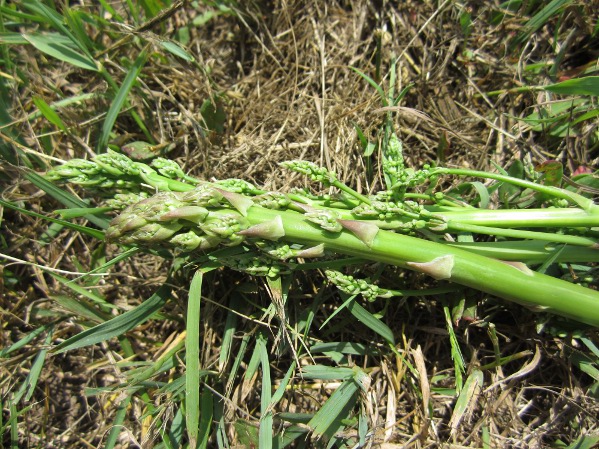 Wild asparagus (asparagus officinialis) can be found throughout West Michigan along roadsides, in fields, and along fence rows. Wild asparagus tends to have a bit sweeter taste than cultivated asparagus.

Asparagus is best harvested in the spring, but it can be identified for future harvesting throught the summer season.

Wild asparagus is a soft, feathery plant that grows about two to six feet tall. It has a fern-like appearance with side branches evenly spaced along a central stalk that tapers as it nears the top.

Here’s a picture of the plant from a distance: 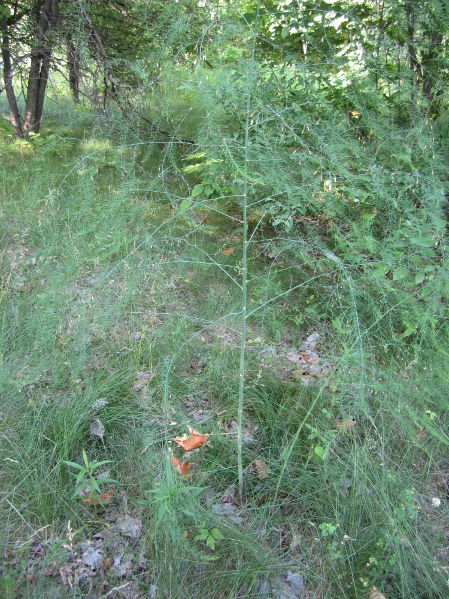 A close up of the foliage: 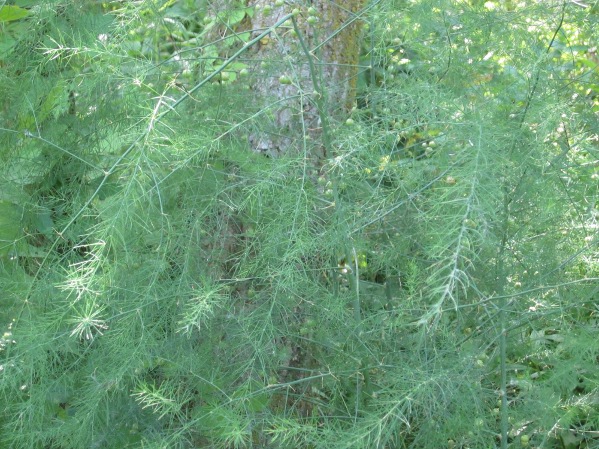 Each plant grows several stalks, as shown in this picture of the base of the plant: 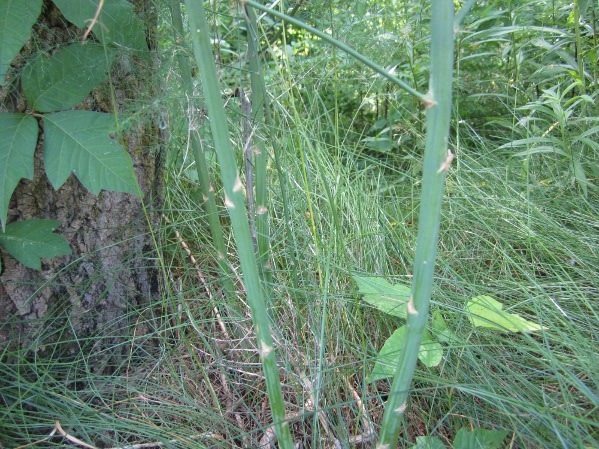 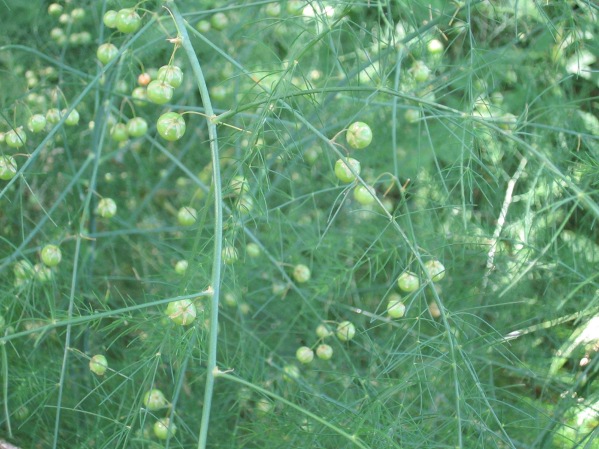 If you see this plant, it’s worth remembering the location as it is a perennial that comes back each year.

Wild asparagus is harvested best in the spring in late April through May. Its shoots look similar (albeit generally a bit skinnier) than the asparagus that is grown in gardens or on farms. Break off the shoots when they are four to six inches tall.

Here is a close up of an asparagus shoot:

In the spring, search for brown, dead foliage of the previous year’s growth and look at the base for new shoots.

Asparagus will send up shoots throughout the summer, so one may occasionally find a shoot or two during the summer season.

It can be eaten raw (it tastes surprisingly good) or can be prepared the same as cultivated asparagus.