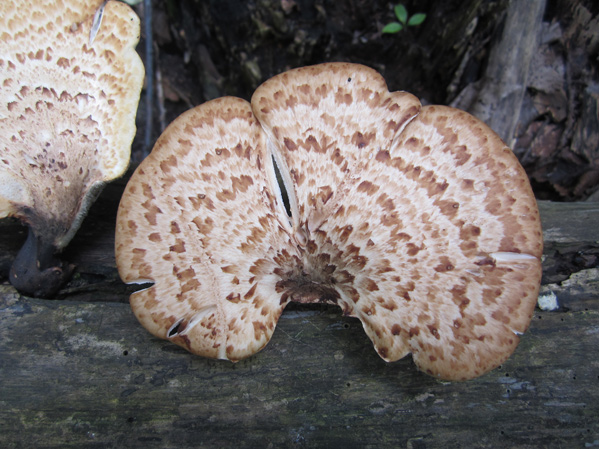 Dryad’s Saddle (Polyporus squamosus) is a common polypore mushroom found throughout Michigan. It is most commonly found in May and June, although they can appear throughout the summer and into the fall.

Dryad’s Saddle is named because its shape resembles a seat that one could envision the dryad nymphs of Greek mythology sitting on. Others have referred to it as a “dry ass saddle” because overly grown mushrooms have a strong leathery texture that is akin to chewing on a leather saddle.

Dryad’s Saddle is a polypore mushroom that is found on dead and decaying hardwood logs. The caps are 2 to 12 inch broad circular or fan shaped. They thick and often overlapping with multiple mushrooms appearing on a log or tree:

Dryad’s Saddle is a polypore which means the underside of the mushroom is covered in pores. These are large enough to see without a magnifying glass and the pore surface is off-white to yellowish: 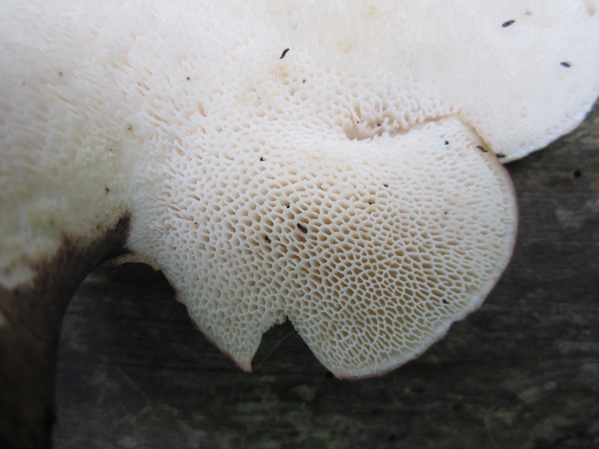 Dryad’s saddle is also sometimes called a “pheasant back” because its appearance resembles a pheasant. It is tan to brown with dark, feathery scales that overlap: 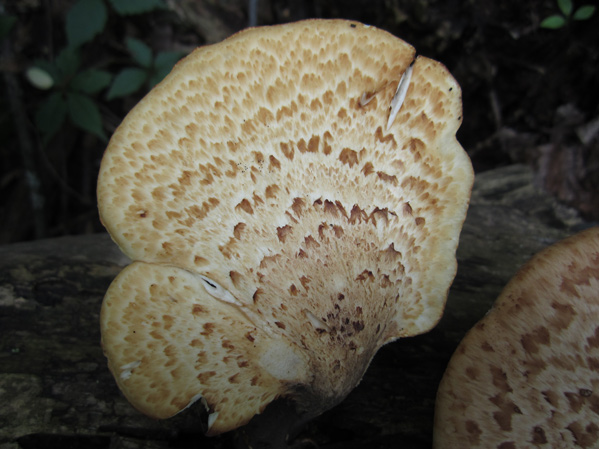 The entire mushroom has a smell slightly reminiscent of watermelons.

The key is finding them when young, you don’t want them to be too big or they aren’t worth eating. The size of your hand is ideal, but bigger is sometimes okay, just make sure that they are still soft and not tough. If the spore layer is quite thick (larger than 1/16th of an inch), it isn’t worth taking.

Here’s an example of a Dryad’s Saddle that is well past its prime: 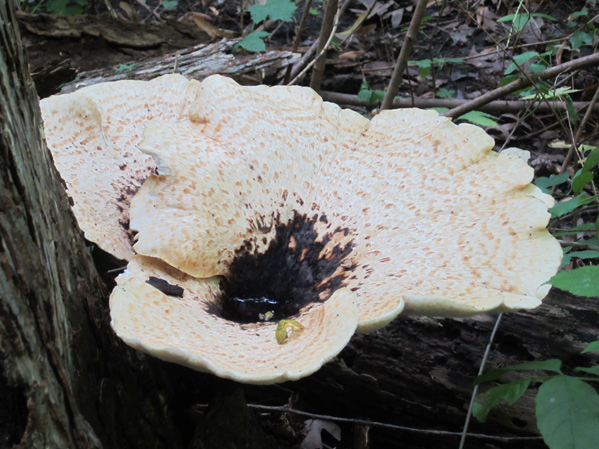 Harvesting Dryad’s Saddle is simple, just cut off the whole mushroom or cut off the outer edges. The key is to get it when it is young. Old mushrooms taste terrible and are largely inedible. If your knife cannot cut through it, it isn’t worth taking. Similarly, you should also make sure the mushroom is not infested with insects.

The mushroom is best sauteed in olive oil or margarine. They should be sliced thin and cooked quickly, allowing them to cook too long will make them too hard. An alternative means of preparation is to boil them in broth.