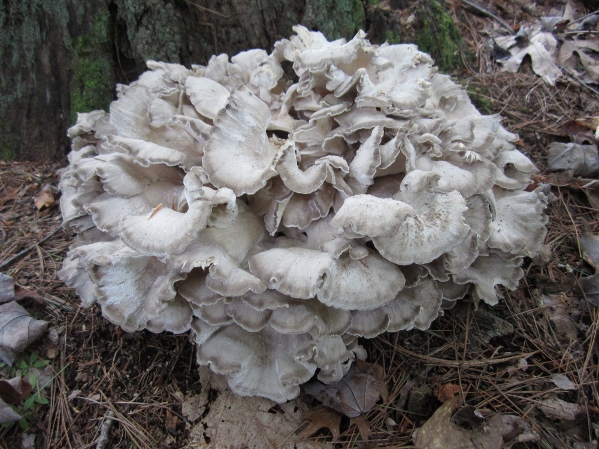 Hen of the Woods (Grifola frondosa) is a polypore mushroom found throughout Michigan in the fall. Hen of the Woods is very common, albeit somewhat easy to overlook because of its camouflage colors. It is found near the base of trees, often oaks. It often grows in the same place each year.

Hen of the Woods can be a very large mushroom, easily weighing three pounds per mushroom or even into the double digits. It has an excellent taste and is generally a safe mushroom to identify.

Hen of the Woods is very nutritious and is sold in health food stores and other high-end stores under its Japanese name, Maitake. It’s been studied extensively for its cancer-fighting properties.

Hen of the Woods is a polypore mushroom that is found growing at the base of deciduous trees. The trees can be either dead or alive.

The mushroom is made up of clustered, overlapping grayish-brown (although color can vary widely) spoon or fan-shaped caps that grow ¾ to 2-3/4 inches wide. These grow out of short white stalks that branch out from the base.

The caps tend to be spoon or fan-shaped. The color generally gets darer near the outer edges: 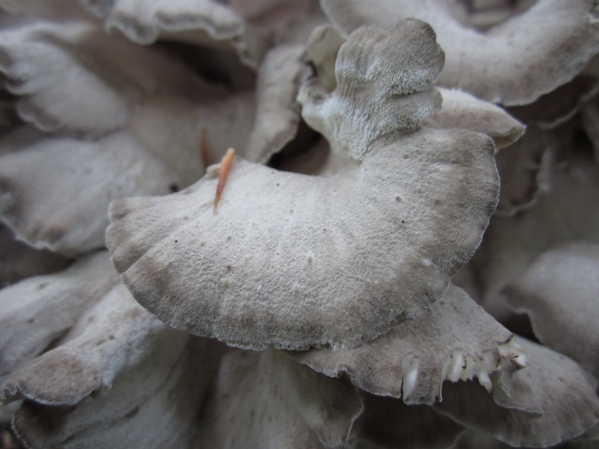 Like other polypore mushrooms, the base of Hen of the Woods is covered in pores. The pore surface on the base is white. There are no gills. 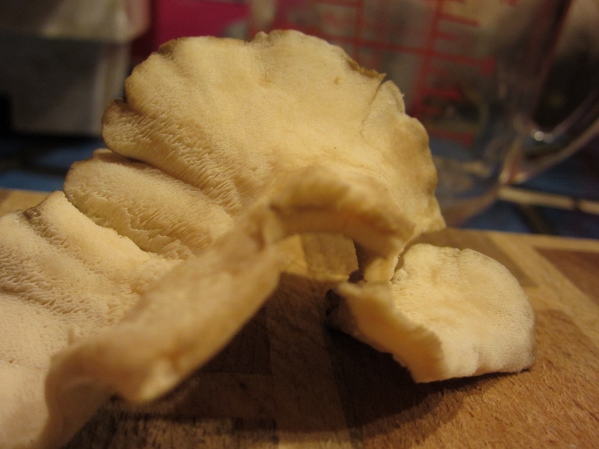 To harvest Hen of the Woods you can either cut the whole mushroom or cut off the individual caps. When harvesting, be sure to make sure it is soft (can be squeezed easily between your fingers) and that a knife cuts easily through it. It is also prone to insect infestation, so look closely before taking it.

Hen of the Woods is an excellent mushroom served alone or in a variety of dishes. It goes well with rice, can be used in soups, and in a bunch of other ways. It freezes and dries well, making it easy to preserve.