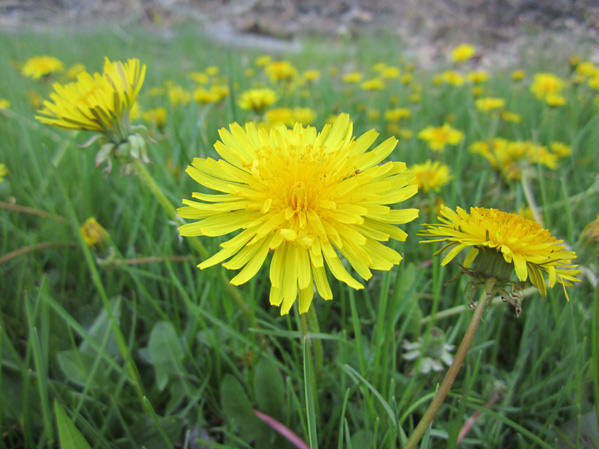 Dandelion (Taraxacum officinale)—while perhaps most well-known as a weed—is also a very nutritious wild plant that is found across Michigan. Most parts of the plant can be eaten. Moreover, the plant is highly nutritious. Dandelion greens contain calcium, iron, fiber, Vitamins A, E, and K. Because of their nutritional value, dandelion greens have started to make an appearance in some grocery stores and farmers markets, but there is no need to buy them when they are readily available.

Dandelions are most easily identified by their characteristic flowers, which also happen to be edible:

The solitary flowers are found on stems that are milky and hollow when opened.

Dandelion leaves have sharp, irregular lobes. They form a rosette above the central taproot.

If you dig below the leaves, you can also find the often large taproots: 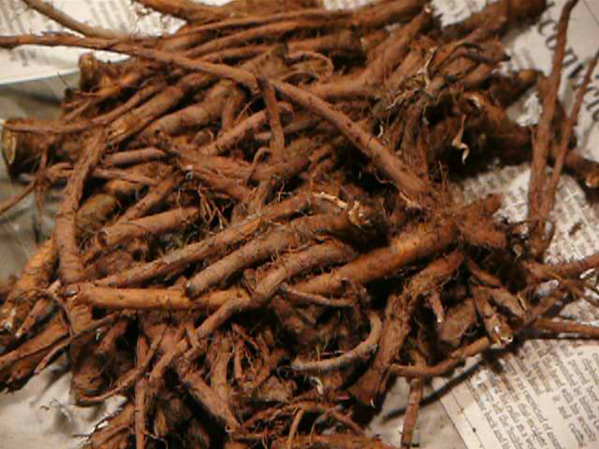 The leaves are best harvested when they are young either before the plant blooms in early spring or when new growth forms in the fall. The roots can also be dug up and ground into a coffee-like substitute throughout the season. The flowers can also be eaten if the green sepals are removed and are most often found in the early summer.

When it comes to using dandelions, many people find the taste to be somewhat bitter. However, when mixed with other greens and used in recipes, they become significantly more palatable.