Over the past few years, there has sadly been an increase in the number of socialist political groupings active in the Grand Rapids area. While they tend to be small groups that have relatively limited influence and visibility in the larger community – seemingly content to pass out newspapers at demonstrations, organize speakers on college campuses, or host study groups – their presence is always concerning as both history and contemporary struggle show that the socialist left is the enemy of autonomous struggle.

Unfortunately, wading through obscure history or the vague populist rhetoric that they often use makes it difficult to understand where the various groups stand. We’d encourage folks to check out an older “Guide to American Red Groups” that offers interesting background on the origins and ideology of the various groups that one often encounters. Moreover, the project offers a helpful chart showing estimated membership: 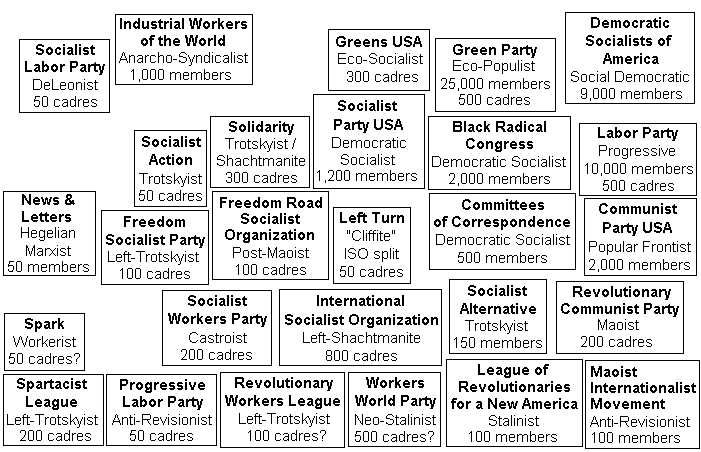 While it’s important not to dwell on the past and to realize that most of these groupings are largely irrelevant, they have a nasty habit of trying to co-opt struggles, both locally and nationally.