This is the first in a series of monthly blog posts that we are going to do highlighting zines published by and of interest to anarchists.

Our hope is that by doing this it will increase the visibility of texts and give folks easier access to new materials to print and distribute in their towns. Consider making a bunch of copies, and tabling or otherwise distributing them [see a video on “newspaper distro 101”). Reading groups are also a great way to engage with the ideas presented in zines and to help build our capacity.

We’ll keep our eye out for stuff to include in next month’s edition, but if you have suggestions, please get in touch. 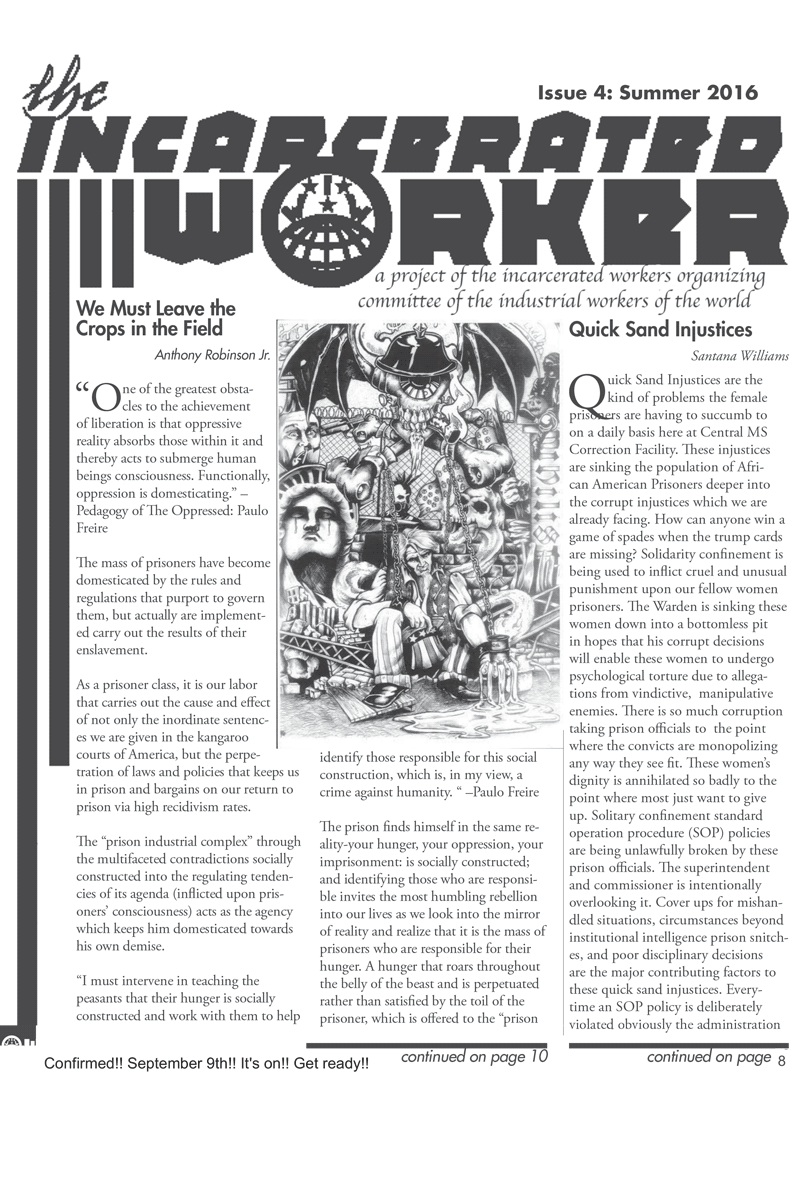 The Industrial Workers of the World’s “Incarcerated Workers Organizing Committee released the fourth issue of their newsletter. 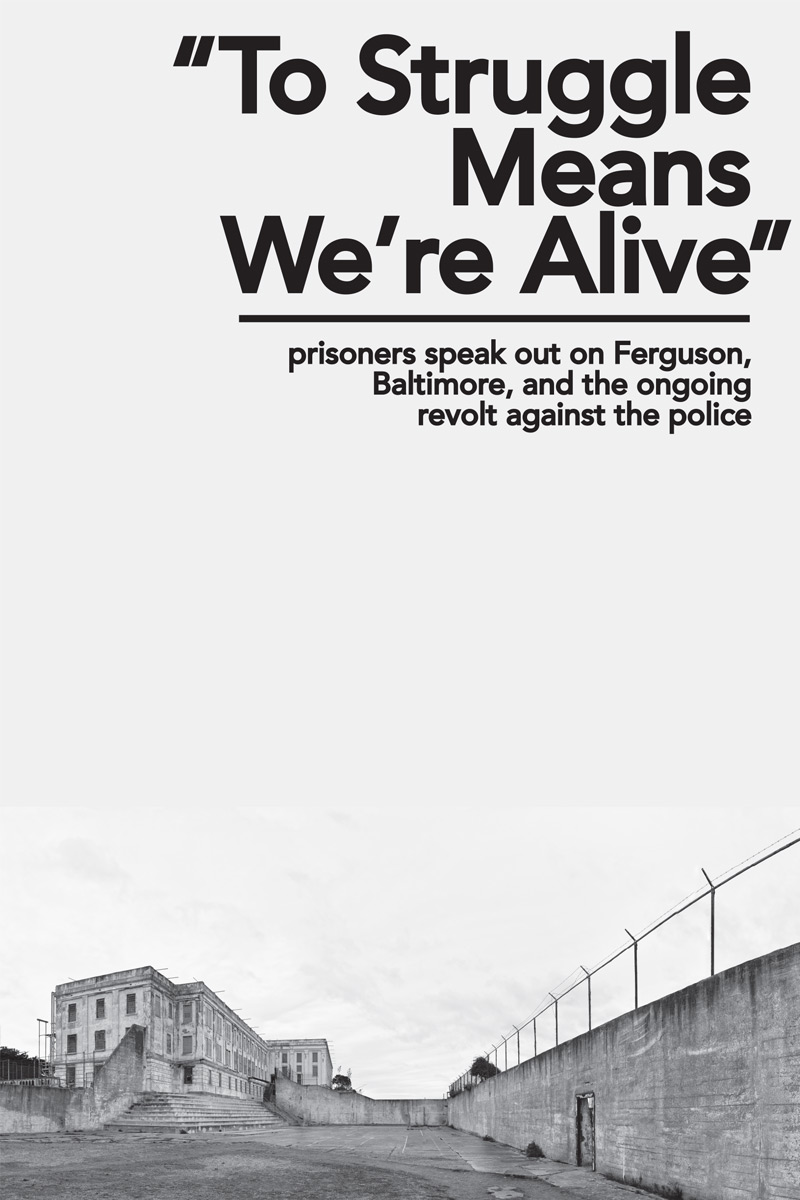 “To Struggle Means We’re Alive”: Prisoners Speak Out on Ferguson, Baltimore, and the Ongoing Revolt Against the Police

This zine assembles interviews and essays from prisoners on the recent waves of anti-police revolts and #BlackLivesMatter protests. The majority of writings come from “social” prisoners who are often left out of social movement discourses. 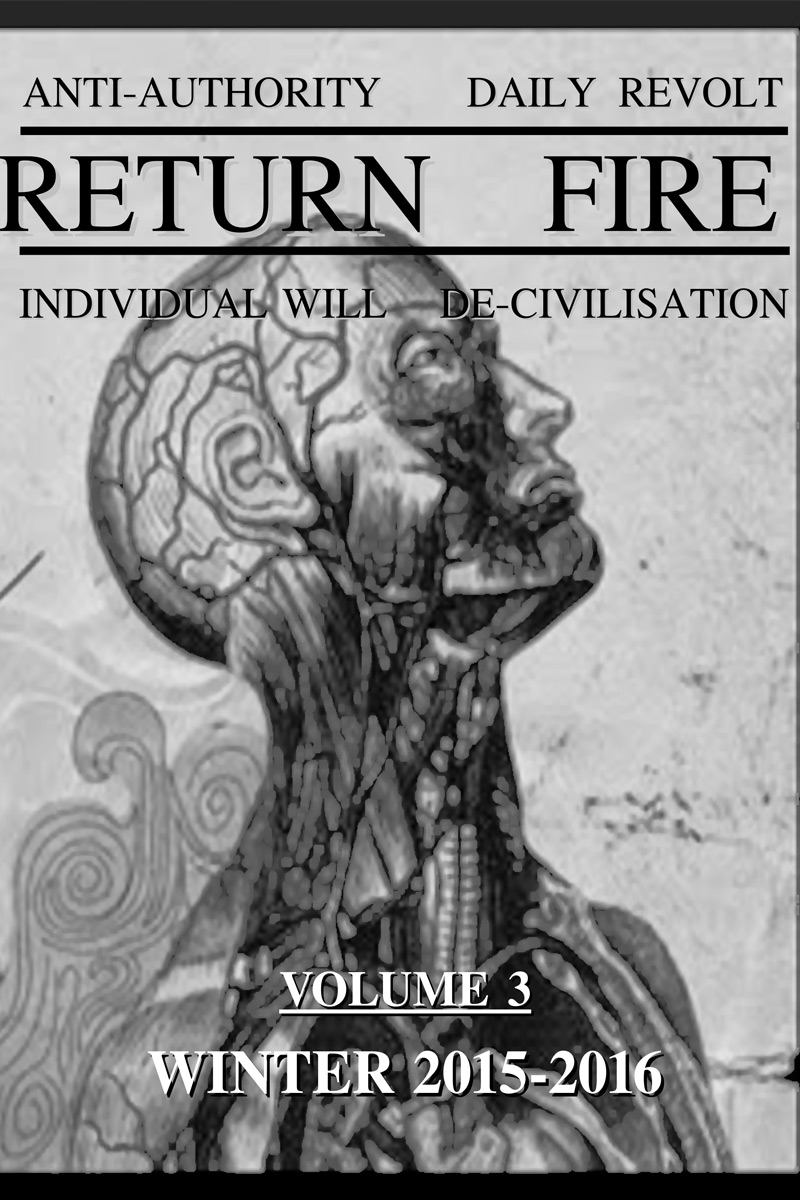 The PDF version of the green anarchist zine Return Fire out of the United Kingdom was released this month. It’s a mix of news, theory, poetry, and artwork. It also features a few pieces published in English for the first time. 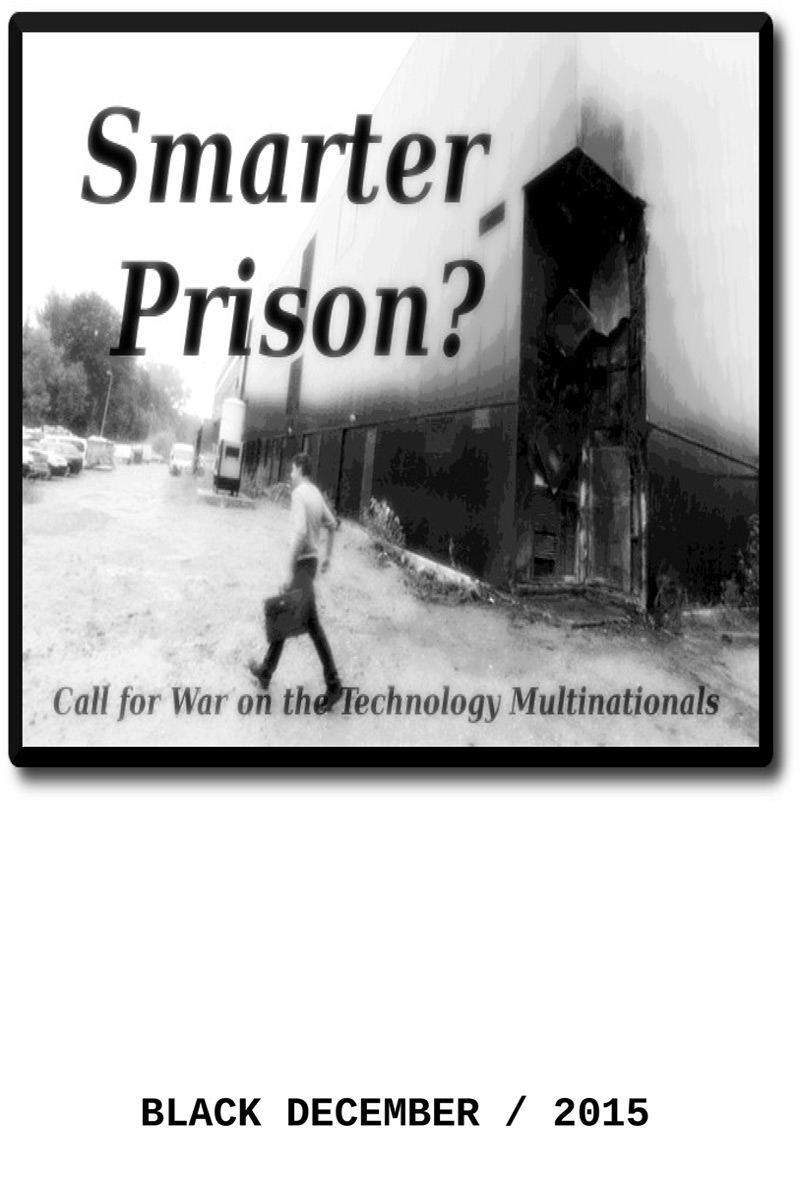 This zine was announced along with the release of Return Fire. It’s a printable version of a text released for “Black December” that looks at the evolution of technology and imprisonment as part of an overall critique of prison society. 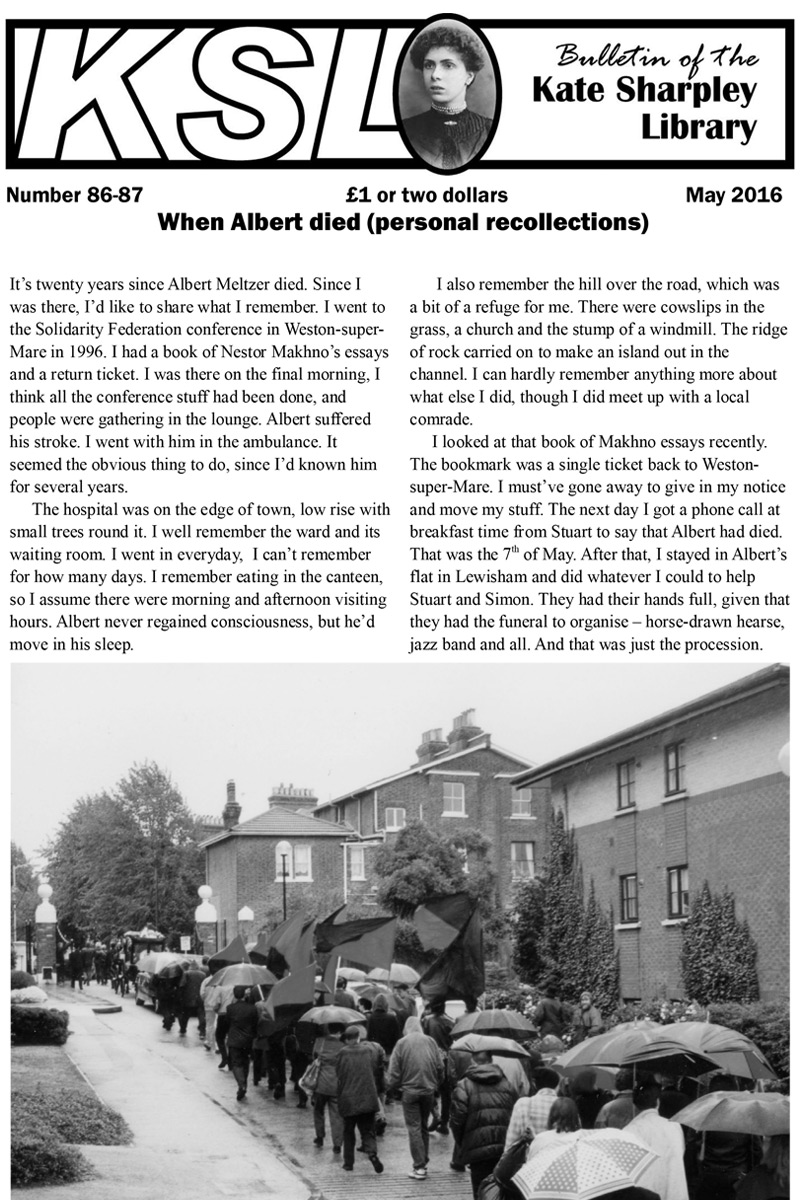 The 86th issue of the Kate Sharpley Library’s bulletin of anarchist history. This edition features reflections on the death of Albert Meltzer, a long piece on anarchist archives and libraries, and a historical piece on anarchism in Egypt. 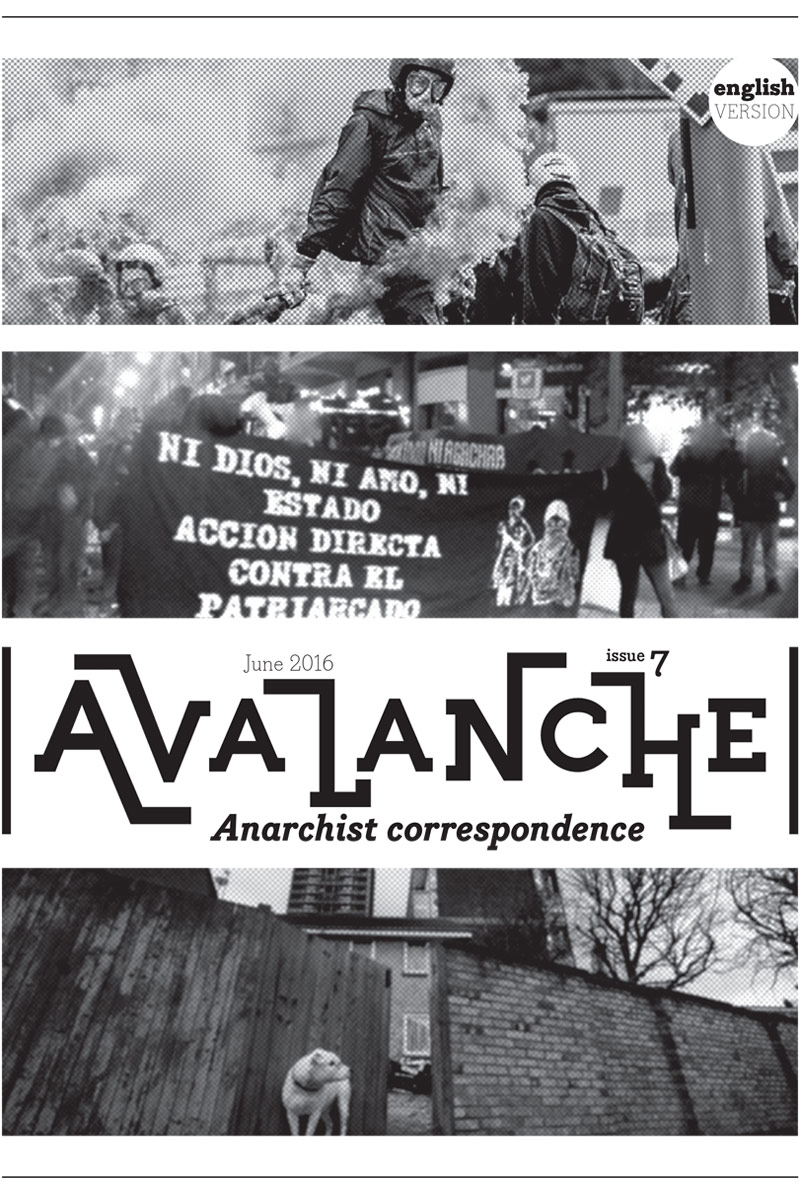 The seventh issue of “Avalanche: Anarchist Correspondence” was released this month. This issue collects writings from Belgium, Italy, Germany, the United Kingdom, Spain, Chile, and Mexico. It is helpful in terms of giving a sense of what is happening in other countries. Of particular note is “London 2016: The Terrain of Struggle in Our City” which is a thoughtful analysis of the conditions anarchists find themselves in. Perhaps it will provide inspiration for anarchists elsewhere to analyze their conditions and develop new strategies.

The link below is to the English version, but more languages can be found at Avalanche.NoBlogs.Org

What to expect at the RNC

This zine is billed as an attempt to explain for “anarchists, radicals, and antifascists” how they can “best plug in to organized resistance” against the Republican National Convention (RNC). It has writings about the situation in Cleveland, information about planned events/protests, and information on legal and medical support. 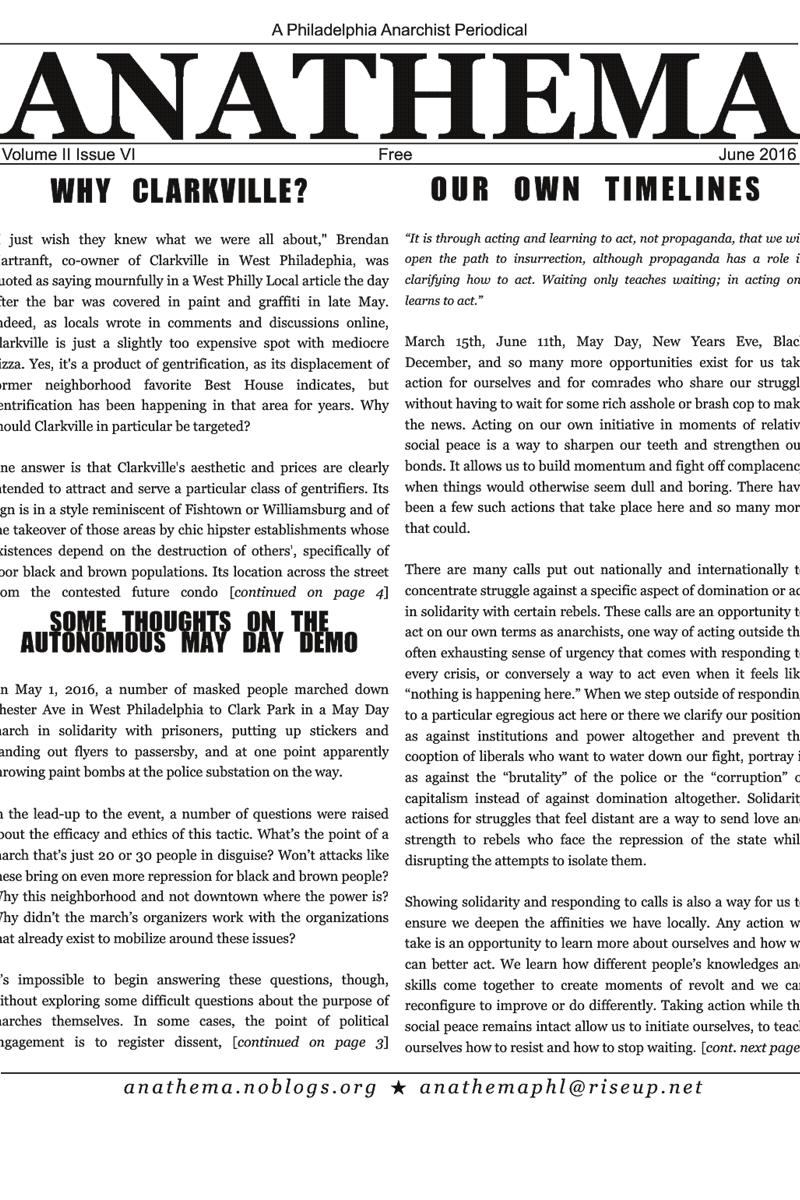 Volume 2, Issue #6 of the “Philadelphia Anarchist Periodical” Anathema was released. This issue features a chronicle of actions since the last issue, an analysis of gentrification, and some reflections on autonomous organizing. It’s a good example of what a localized anarchist counter-information project can look like. 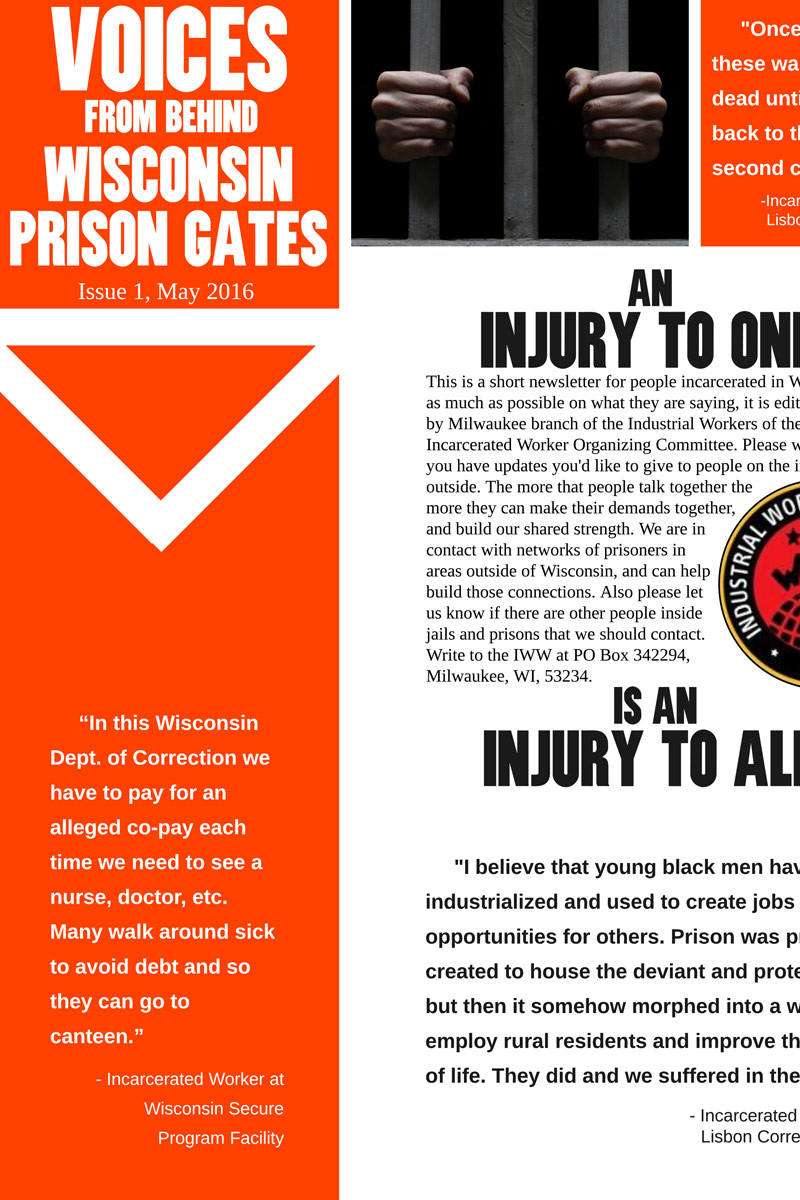 Voices from Behind Wisconsin Prison Gates

This is the first issue of a newsletter for prisoners in the state of Wisconsin. It features a variety of voices from within Wisconsin prisons, curated by the Milwaukee branch of the Industrial Workers of the World’s Incarcerated Workers Organizing Committee. 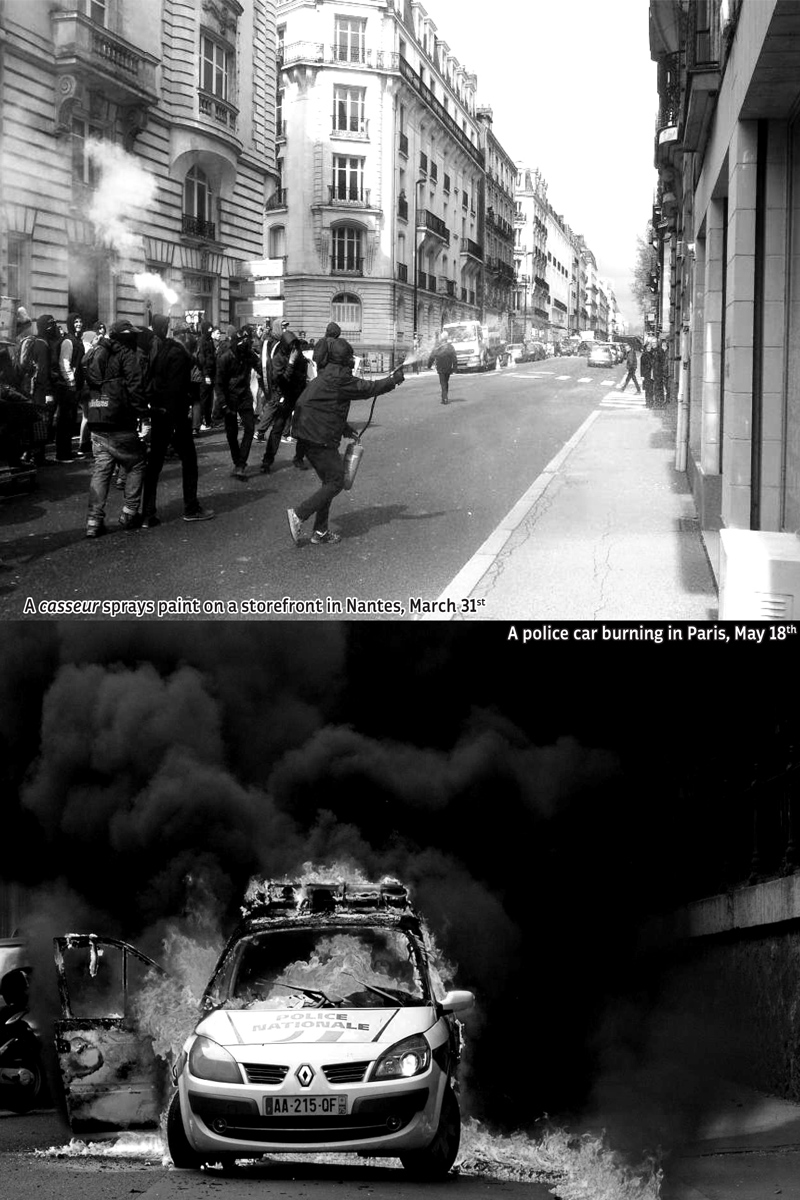 Info Packet on the Uprising in France

While conditions change in France are changing rapidly, this info-packet compiled for a solidarity event in the United States provides a collection of articles that will help English readers understand what is happening and what has happened. It also includes a list of resources for more information. 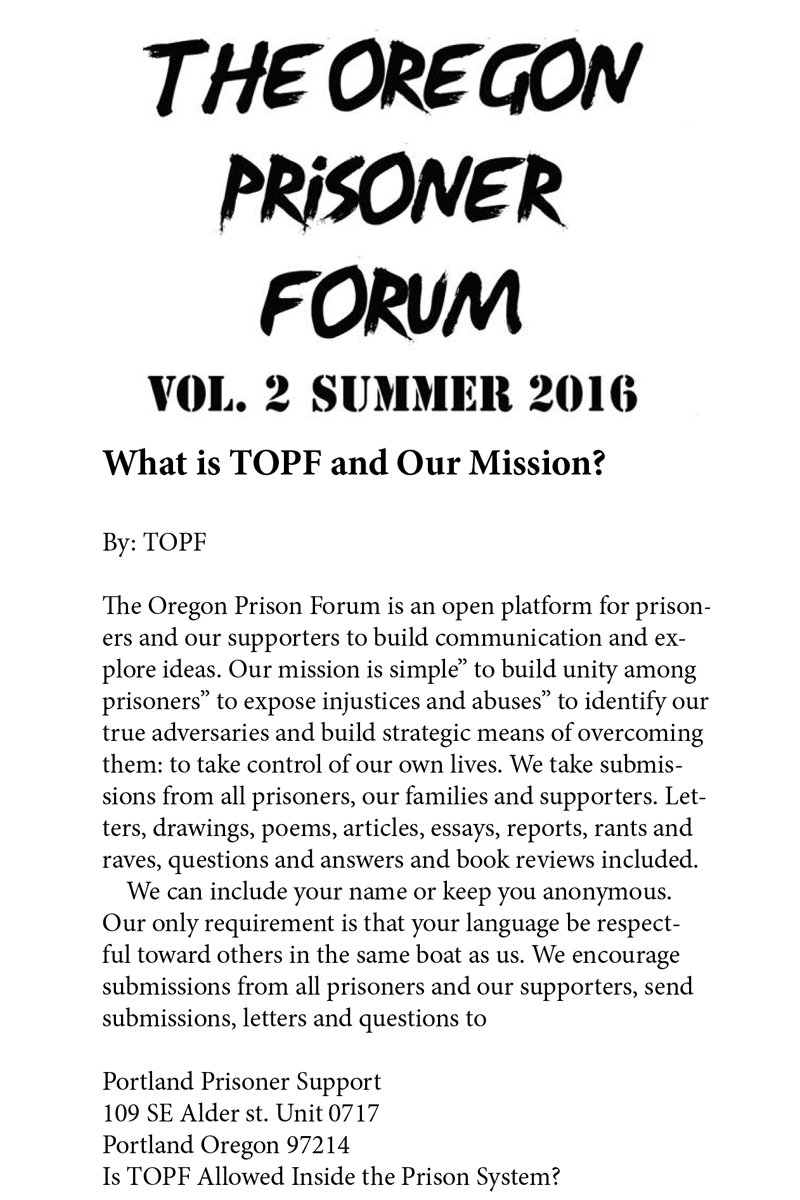 This publication by is facilitated by Portland Anarchist Black Cross:

“The Oregon Prison Forum is an open platform for prisoners and our supporters to build communication and explore ideas. Our mission is simple to build unity among prisoners to expose injustices and abuses” to identify our true adversaries and build strategic means of overcoming them: to take control of our own lives. We take submissions from all prisoners, our families and supporters.” 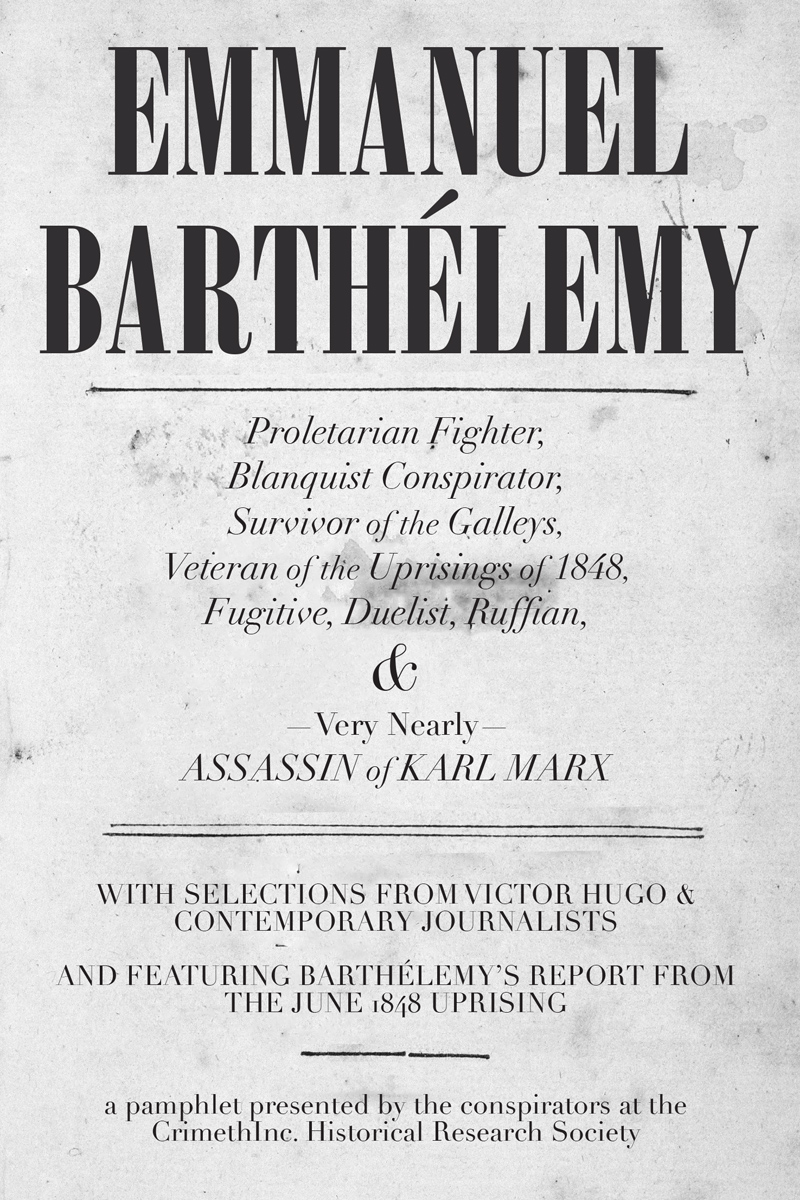 This zine is a biography of one of the participants in the June 1848 uprising in France. Barthélemy was vilified by Victor Hugo and risked his life on the barricades. It includes information translated into English for the first time and is one of the few accounts from the proletarian side of the barricades. Published by Crimethinc, it accompanies their new essay “The Democracy of Reaction: 1848-2011.” 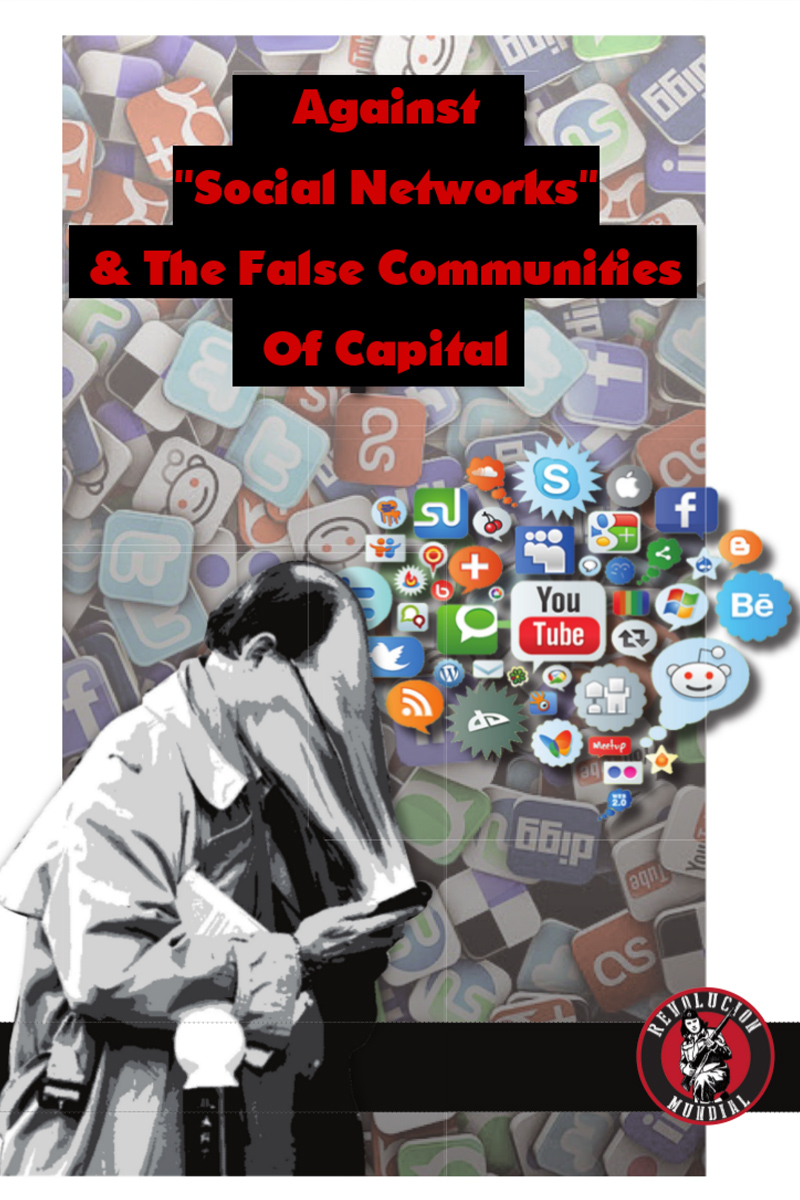 Against “Social Networks” and the False Communities of Capital

This zine seems like a very important critique of “social networks,” capitalism, and democracy. It is a worthwhile contribution to an anarchist understanding of how social networking works within capitalism. 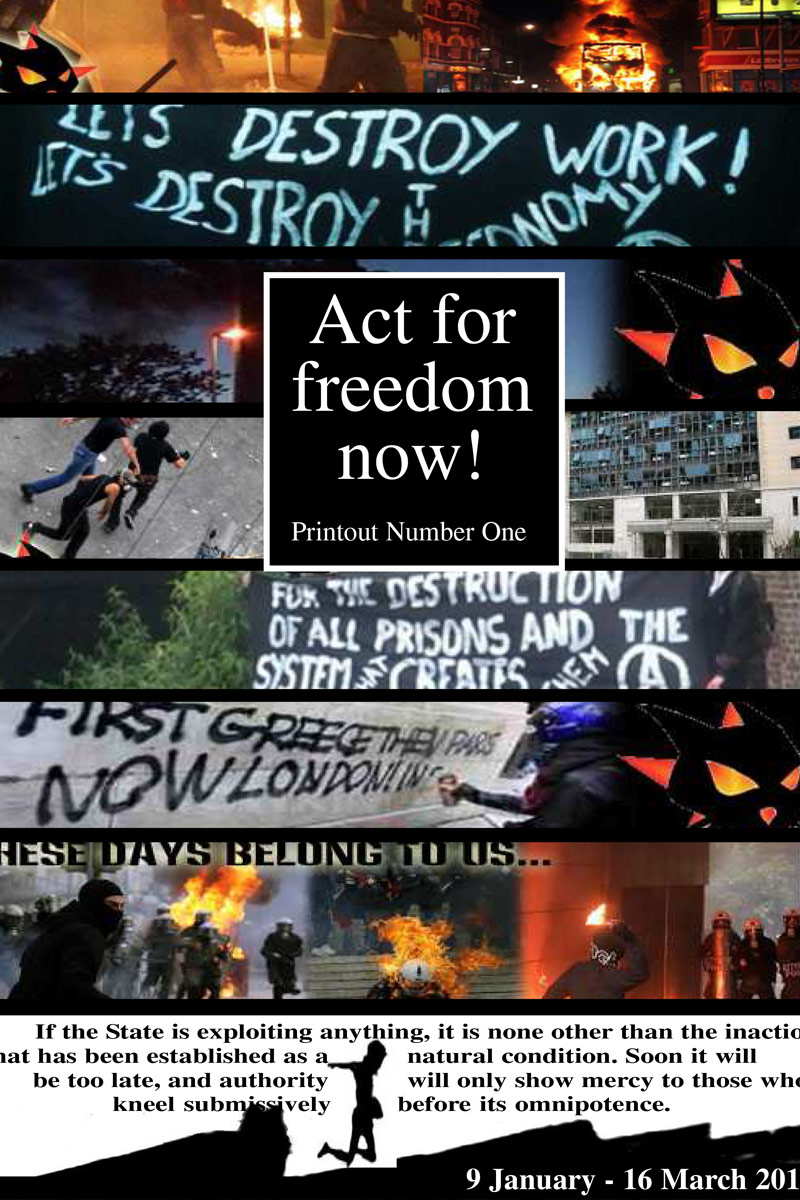 Act for Freedom Print Out #1

This is a printable magazine that collects action updates posted on the Act for Freedom website. It’s 32 pages of reports and communiques covering the earlier portion of this year. 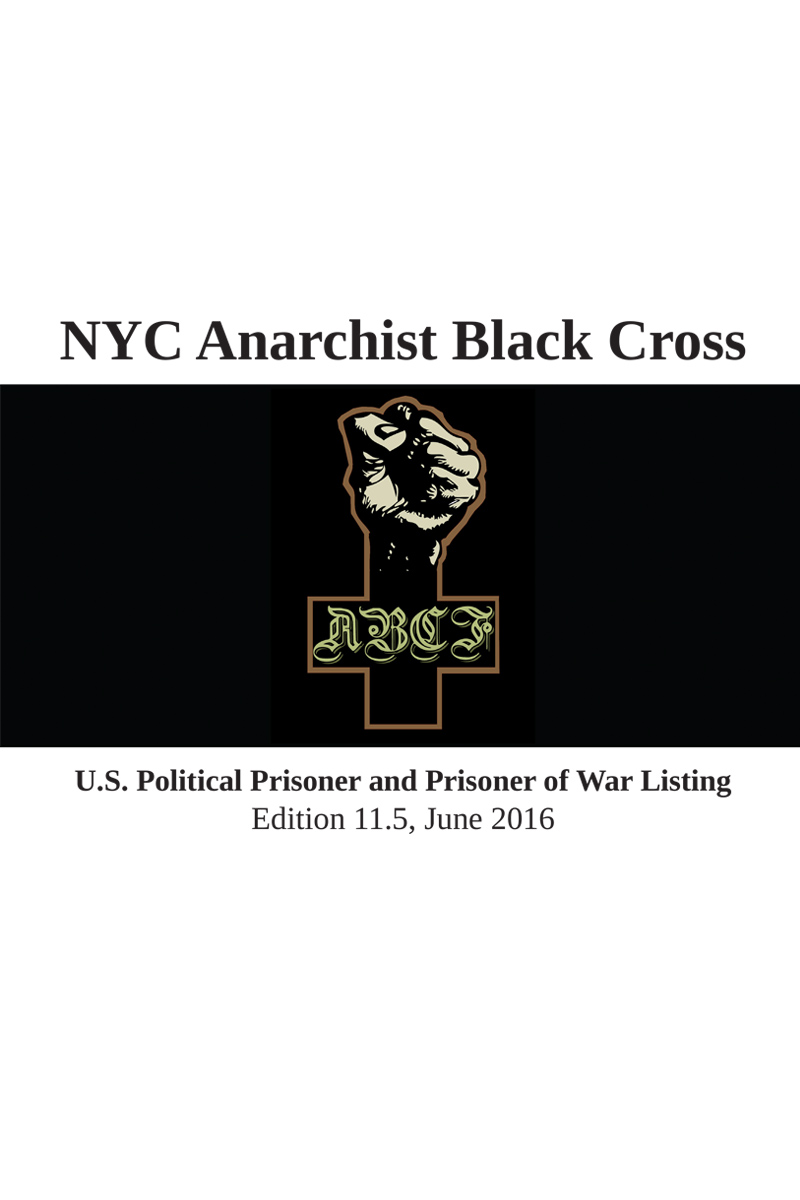 Illustrated Guide to Political Prisoners and Prisoners of War

This is an updated version of the New York City Anarchist Black Cross’ guide to political prisoners in the United States. It features addresses, bios, and tips for writing to prisoners. 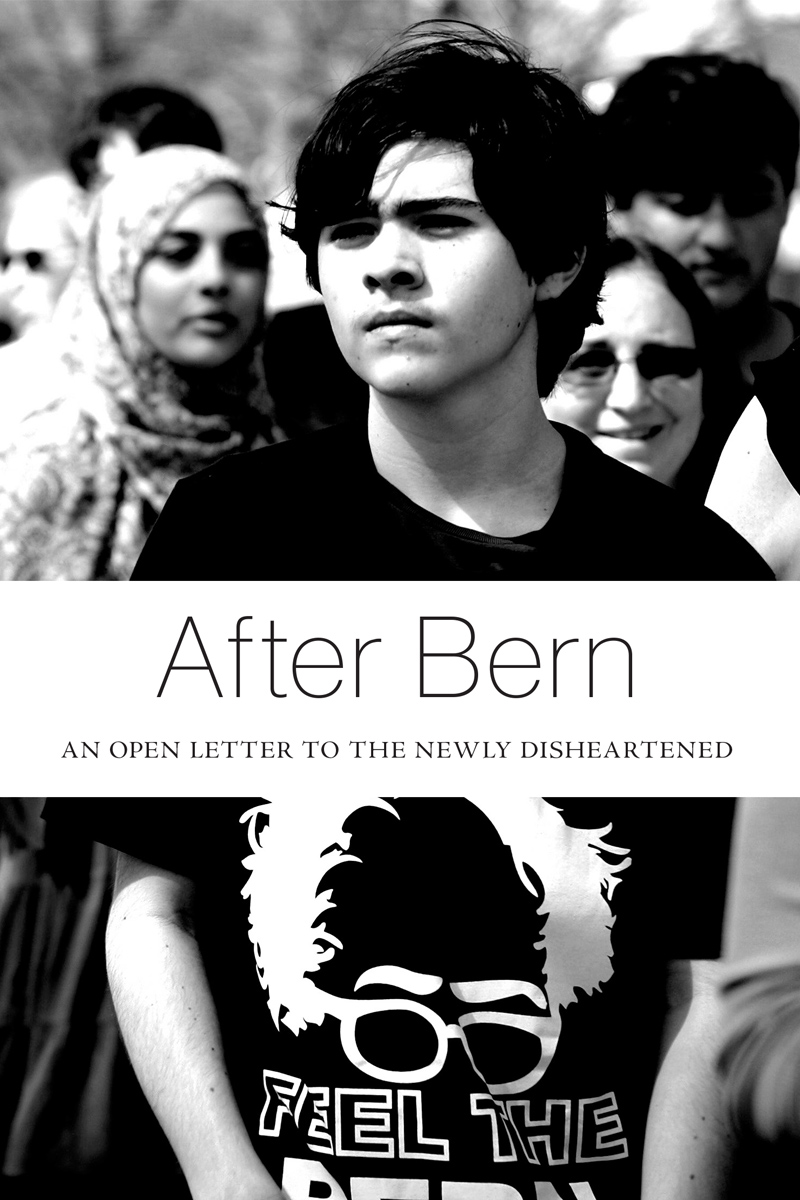 After Bern: An Open Letter to the Newly Disheartened

This zine is an effort to engage with supporters of Democratic Party presidential candidate Bernie Sanders. It’s one of the few attempts to do so thus far and is worth checking out. 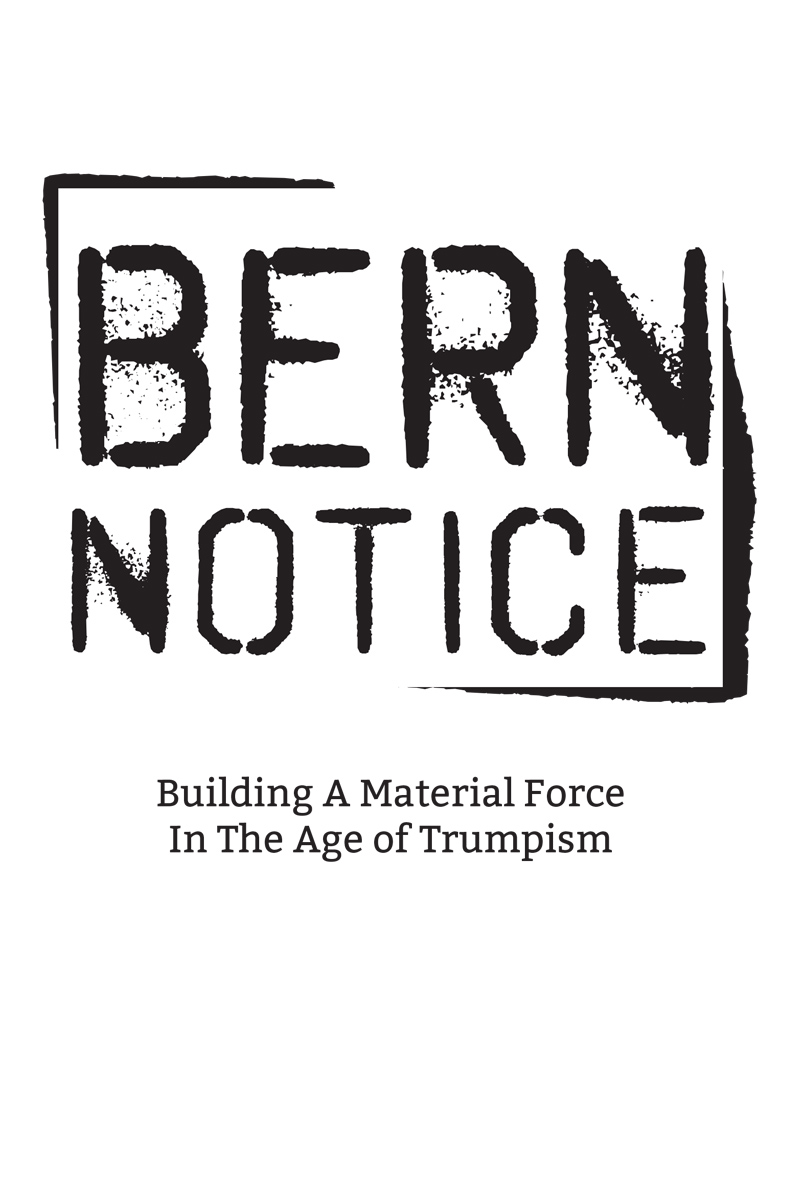 Bern Notice: Building a Material Force in the Age of Trumpism

This zine offers an analysis of the candidacy of Bernie Sanders, his role in bringing disenchanted voters back into the realm of political discourse, the rise of the autonomous right, and the context of white supremacist organizing. It concludes with:

“we will also have to leave behind the trappings of the ‘radical milieu’ completely, from it’s moralistic nihilism to its activist careerism. We cannot wait for the radical scene to catch up or come around, much of it won’t; we’ll have to push together with those around us we share affinity with, reaching out while in struggle with those outside of politics, radical or mainstream. In doing so, we must work to find commonality with other people while building new forms of life through shared and lived conditions and the struggle to free ourselves from them.” 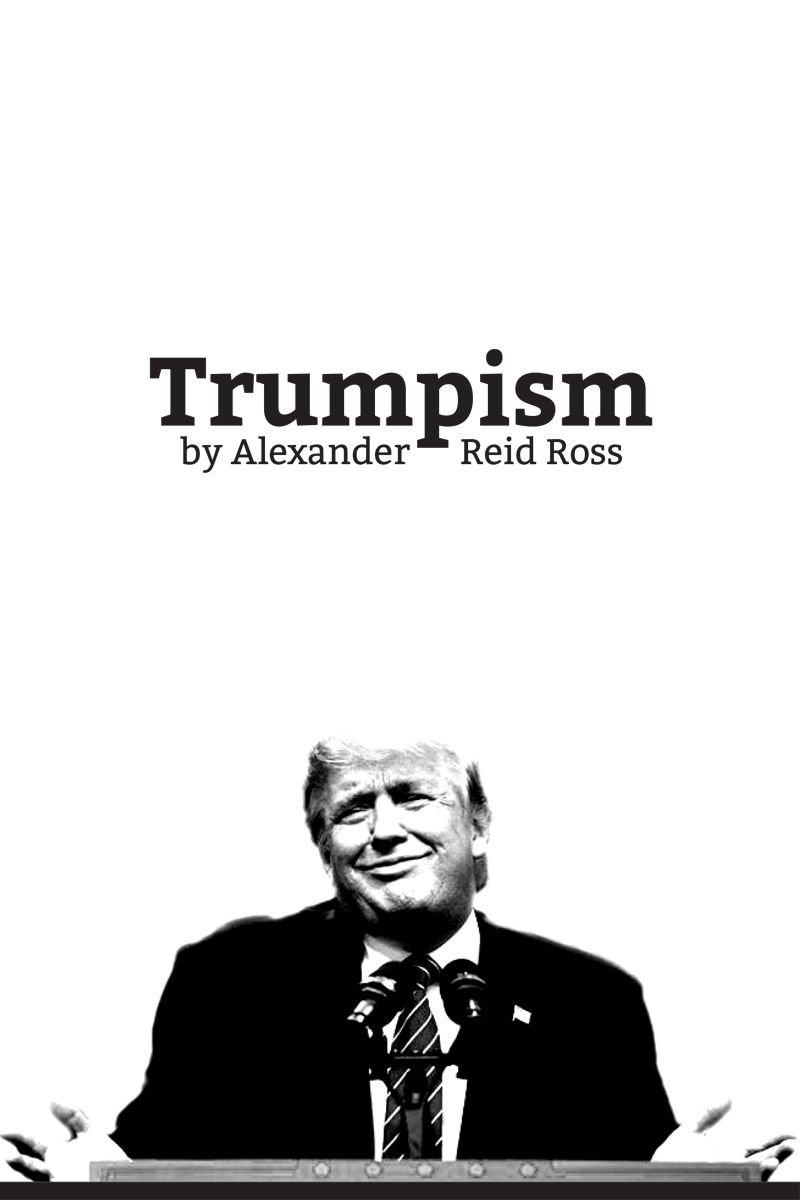 This zine collects columns from Alexander Reid Ross that appeared on It’s Going Down analyzing Republican Party presidential candidate Donald Trump. The columns explore themes of right-wing populism and fascism with an eye towards understanding Trump’s politics as a means of being better prepared to confront them. 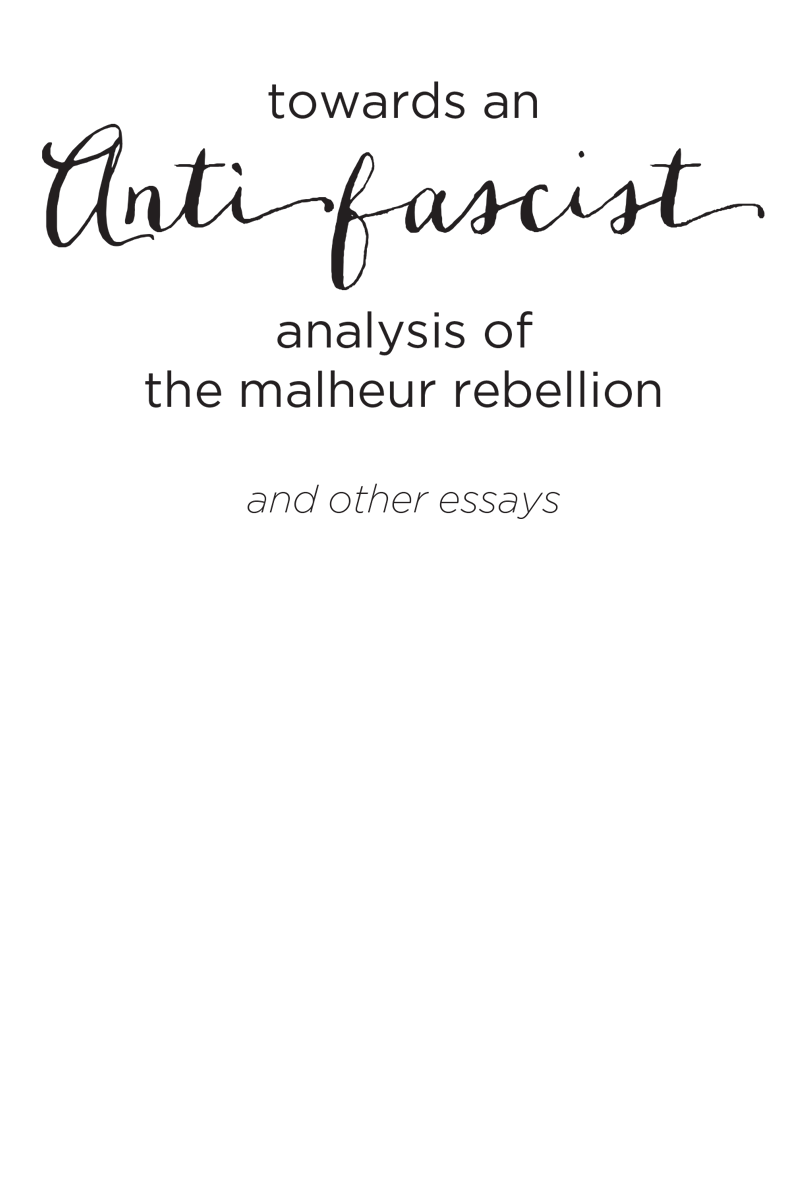 Towards an Anti-Fascist Analysis of the Malheur Rebellion

This zine collects articles that originally appeared on It’s Going Down and Anti-Fascist News analyzing the Malheur Rebellion in Oregon. It provides important insight into how fascism works in the contemporary era. 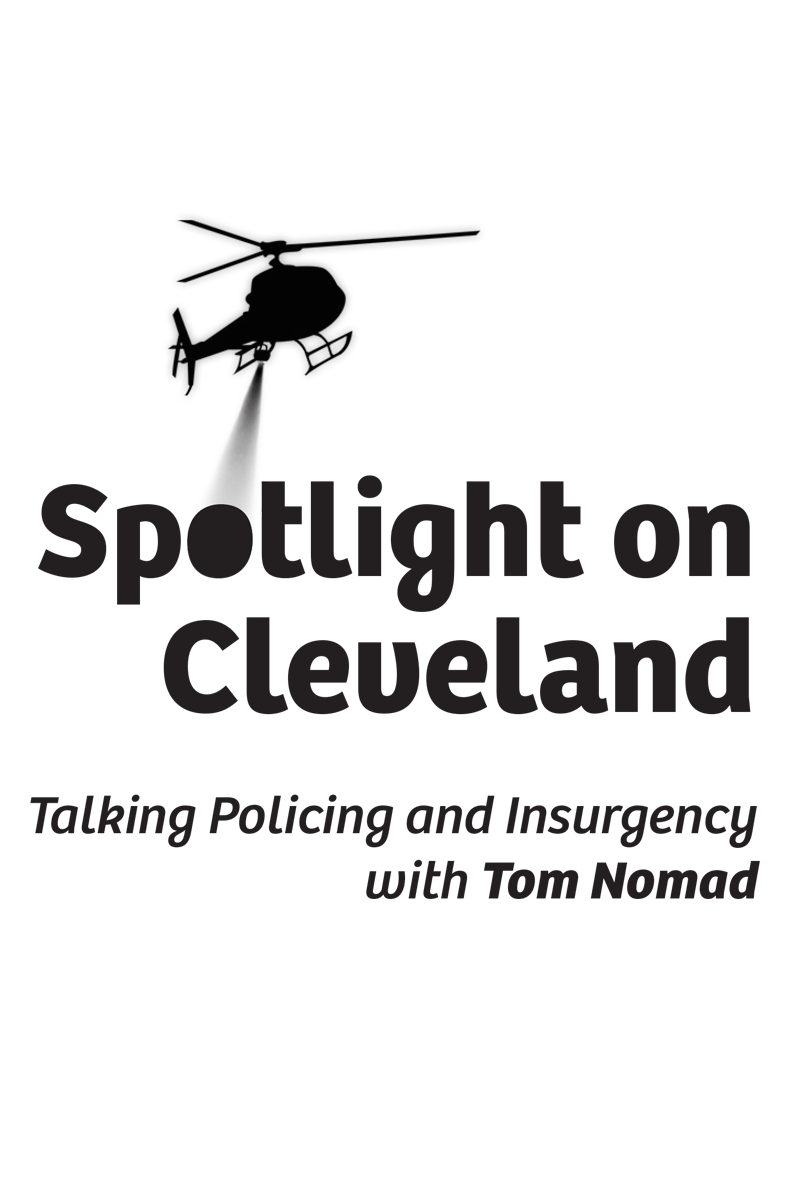 Spotlight on Cleveland: Talking Policing and Insurgency with Tom Nomad

This zine is a conversation between It’s Going Down and Cleveland-based writer Tom Nomad. It explores policing in Cleveland and how it relates to a large concept of insurgency. It talks about specific events and strategies and what the lessons that anarchists can draw from them. There’s plenty to learn from this zine for folks who don’t live in Cleveland. 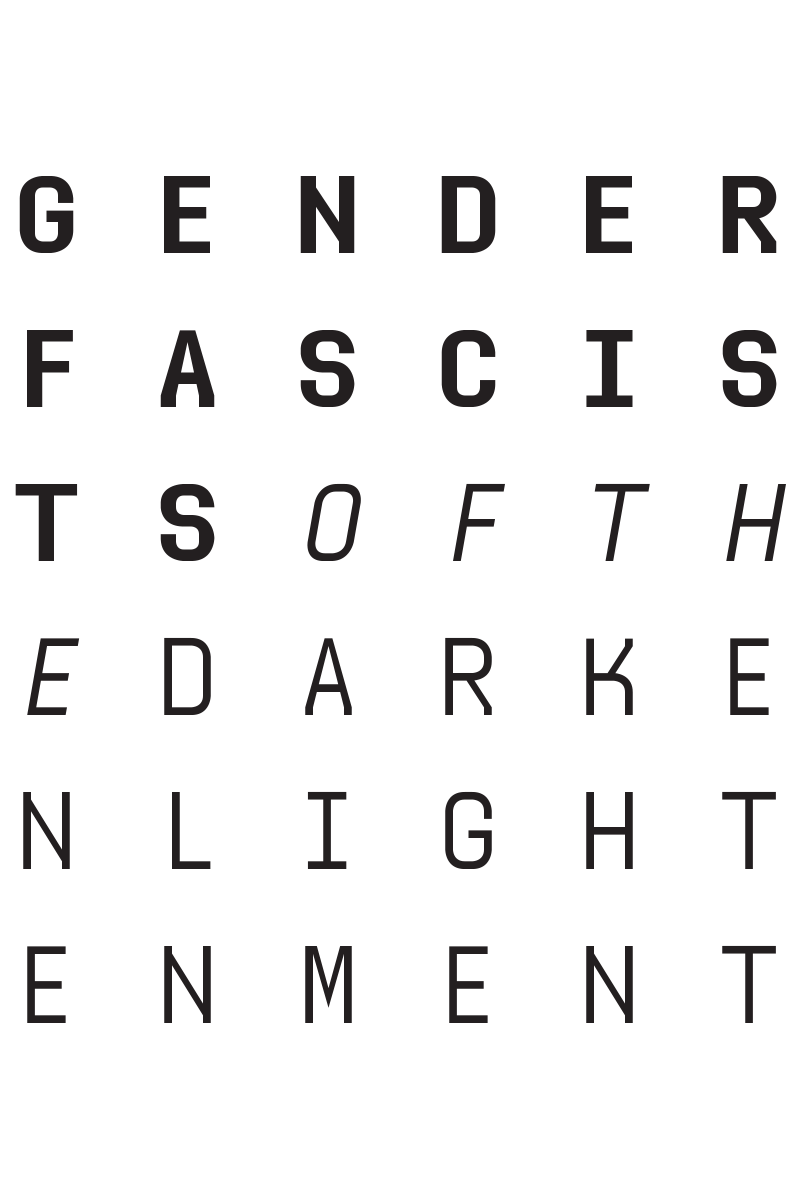 Gender Fascists of the Dark Enlightenment

This zine offers a brief analysis of “Men’s Rights Activists” and the reactionary misogynist backlash to feminism that has blossomed over the past 20 years. The zine uses the Roosh V rallies planned for 43 cities earlier this year as a starting point for discussing this phenomenon. 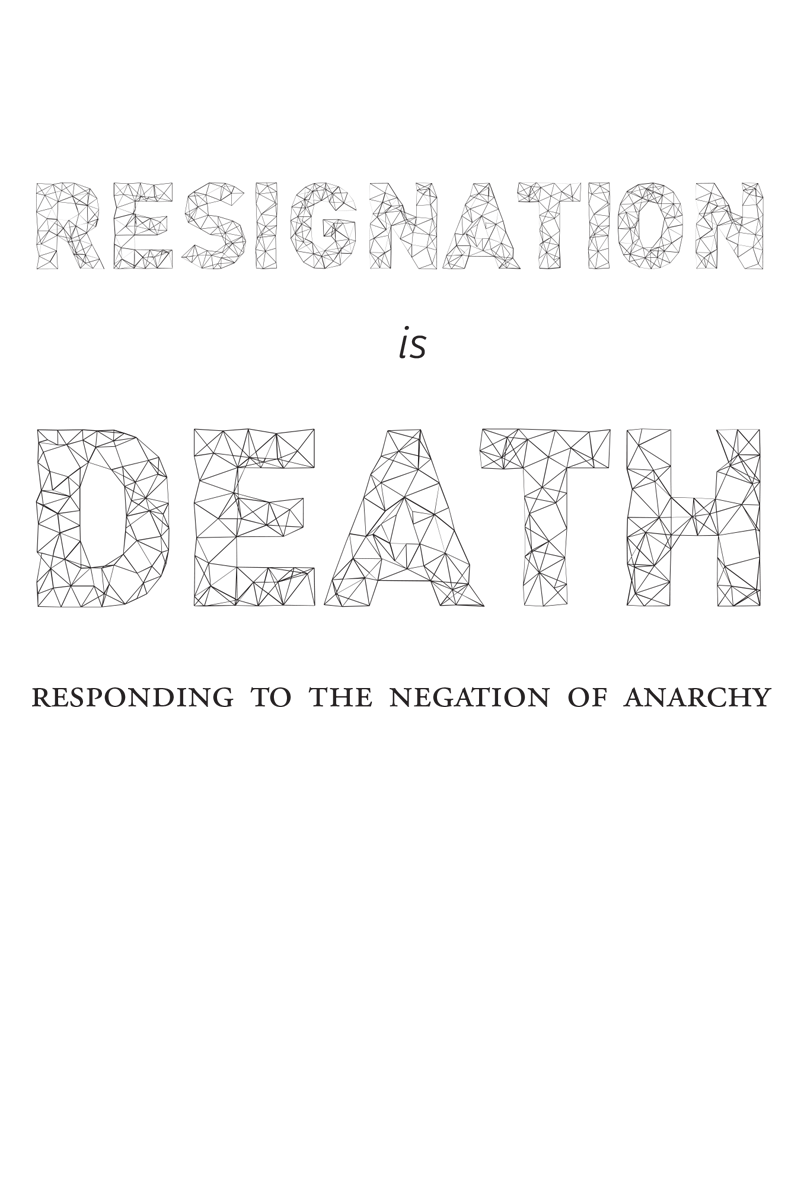 Resignation is Death: Responding to the Negation of Anarchy

This is a recently reformatted version of a zine that came out a few months. It’s a strong critique of nihilism and how it plays out in some areas of North America. Definitely worth reading! 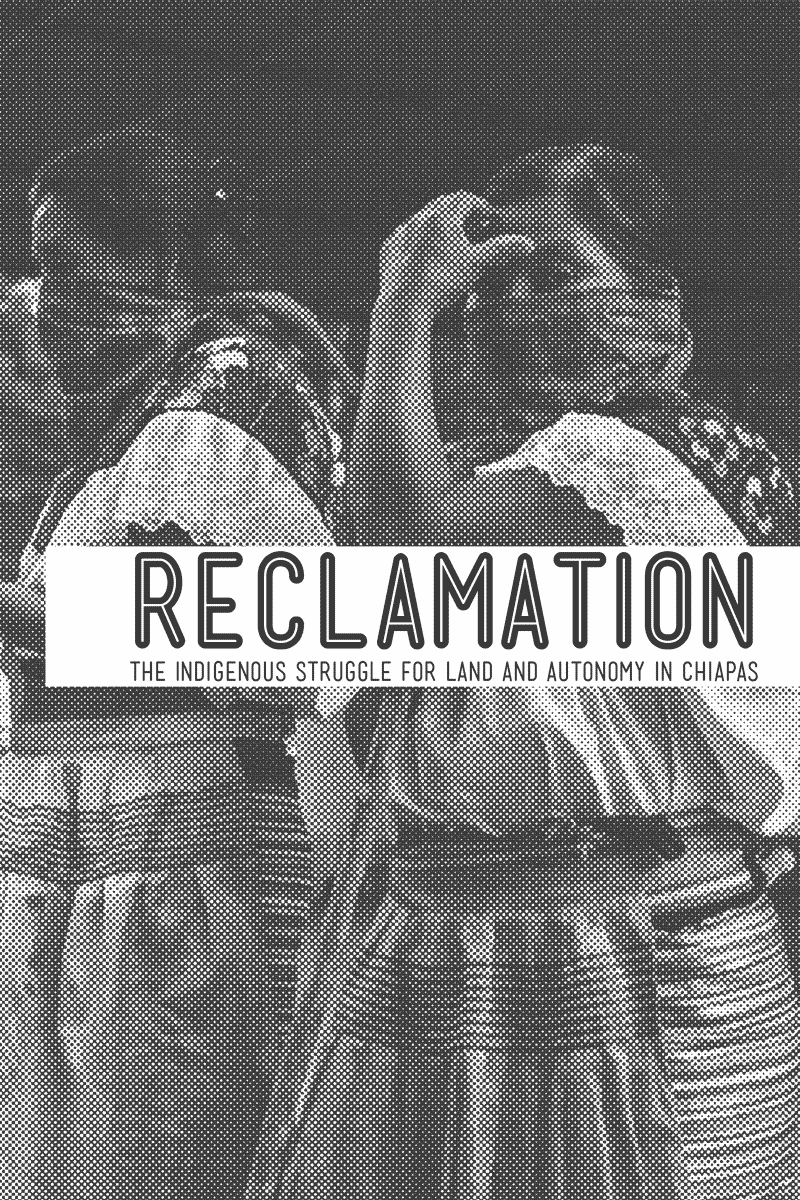 Reclamation: The Indigenous Struggle for Land and Autonomy in Chiapas

This zine combines an interview with and an essay by the Dorset Chiapas Solidarity Group on indigenous struggles in Chiapas. 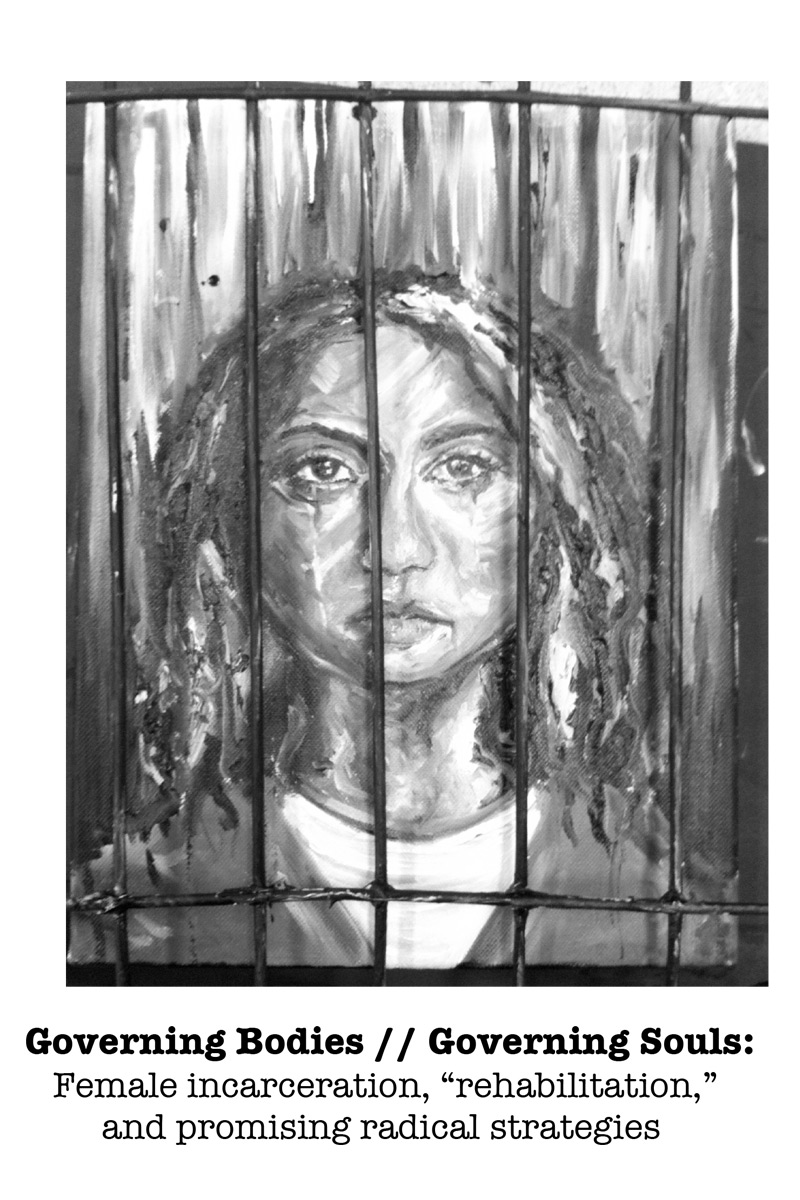 This zine is about the social control of marginalized women in the United States. From the intro:

“There are many forms of social control that regulate the lives of women, but I focus primarily on the tools of governance used by the criminal processing system (known to some as the criminal (in)justice system). I discuss the soft arm of the prison industrial complex and its role in controlling criminalized women through mandated, community-based “rehabilitation” programs. In the first part of this zine, I talk about what state-sponsored rehabilitation looks like, why it’s problematic, and why prison abolitionists (and everyone else) should be very wary of it.”