The following zines and pamphlets were released in the past month and are of interest to the broad anarchist space. We share these each month as a way of highlighting the variety of anarchist printed material and to encourage increased circulation and discussion. Please consider making copies of these and distributing them or hosting reading groups and discussion circles.

Zines and Pamphlets Published in August 2017

JUNEXIT: Another End of the World is Possible

This zine collects texts from an occupation of a fracking site in Quebec. The fracking pads were occupied on August 6 by native and settler land defenders. It features reflections on the occupation and calls for solidarity. 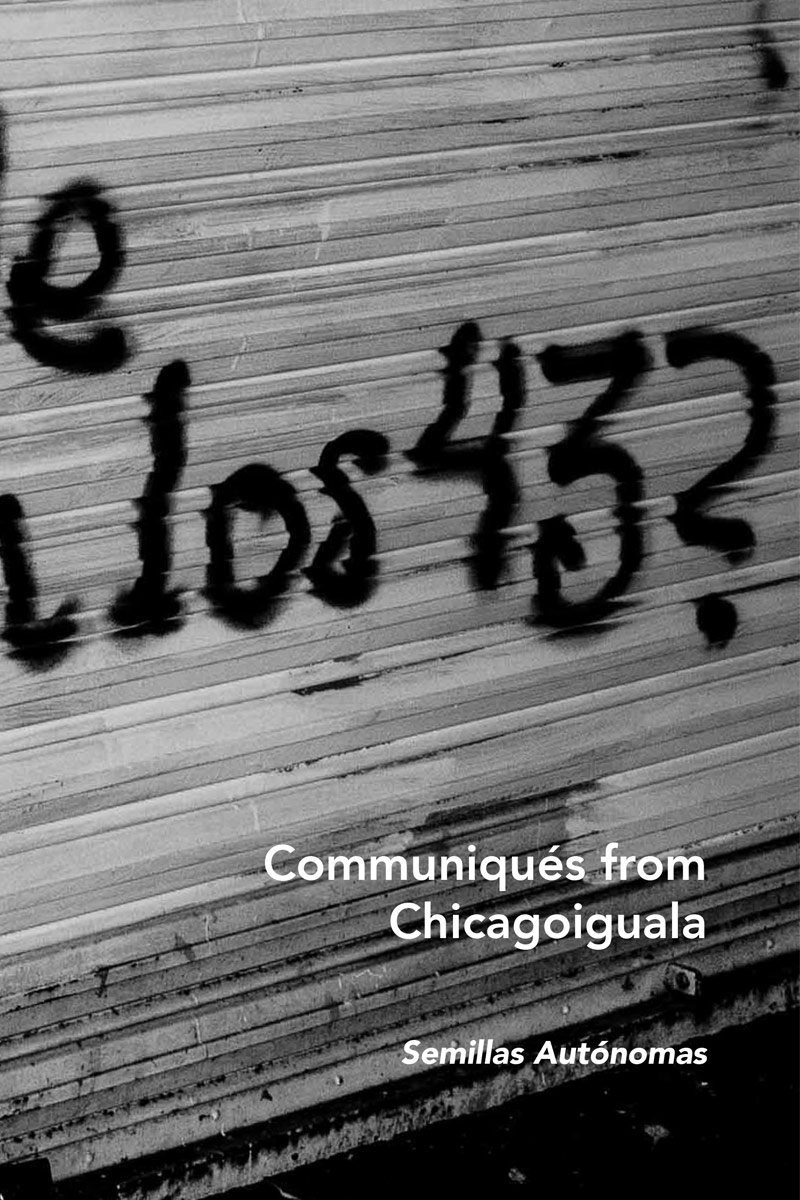 This zine collects extracts of communiques released by Semillas Autonmas out of Chicago during the period 2014 to 2017. Formed in response to the disappearance of 43 students in Ayotzinapa, autonomous groups of migrants in Chicago have tried to develop pathways for spreading the rebellion on the outside. They responded with protests, assemblies, teach-ins, public fora, and gatherings. Over the course of several years, they targeted both the so-called War on Drugs and the making of “Latino” politics in the United States as different fronts of a counter-insurgency war.

This zine consists of “extracts from communiques released Semillas Autónomas in different formats between 2014 and 2017. Some were flyers announcing or calling for specific actions, others were flyers we distributed at actions, and others were online only. Most were both in some form, except for some anonymous flyers/banners etc. The audio communiques were online and republished by many independent media outlets across the border. One statement was written to be read at the Asamblea Popular to be held inside, once the consulate was breached, which was one was only circulated by video recording. More information is available at: semillasautonomas.org.” 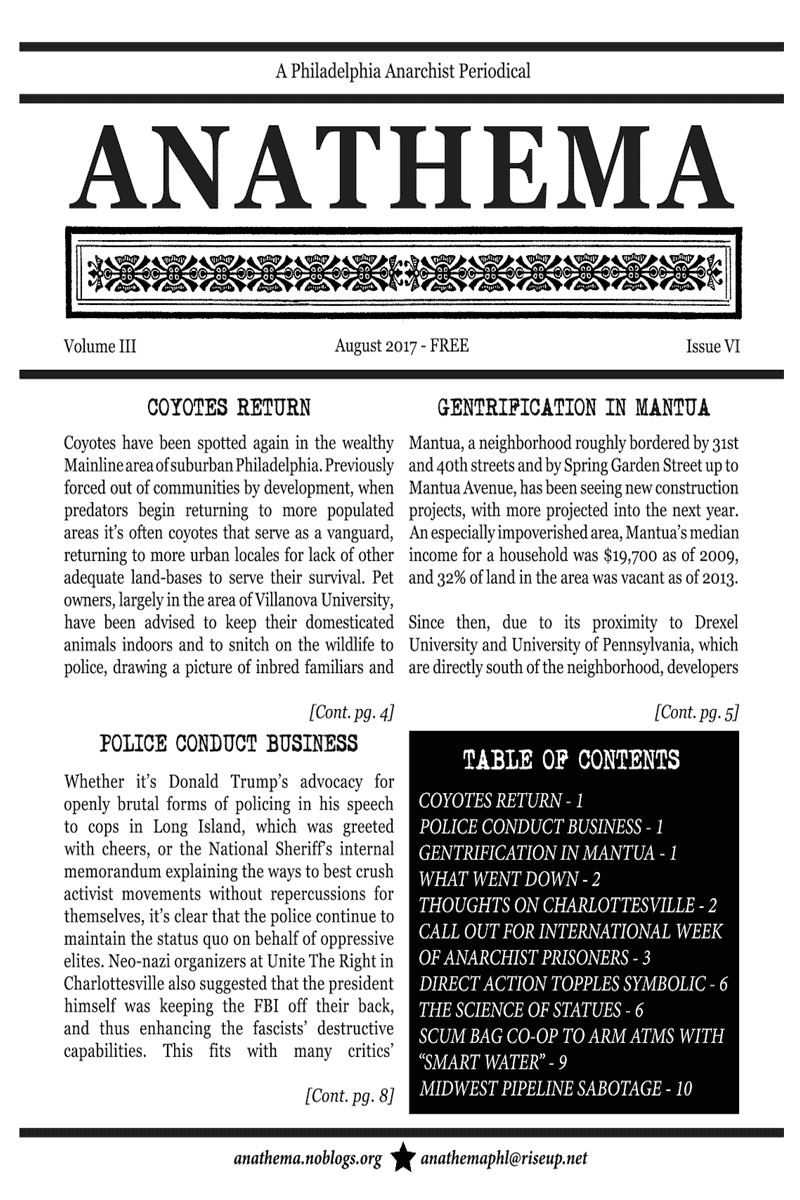 This is the latest issue of Anathema, an anti-capitalist publication out of Philadelphia. This edition features the usual action round-ups and reports on activity since the last issue. The ramifications of what happened in Charlottesville loom large in this issue, as do ongoing conversations around gentrification and policing. 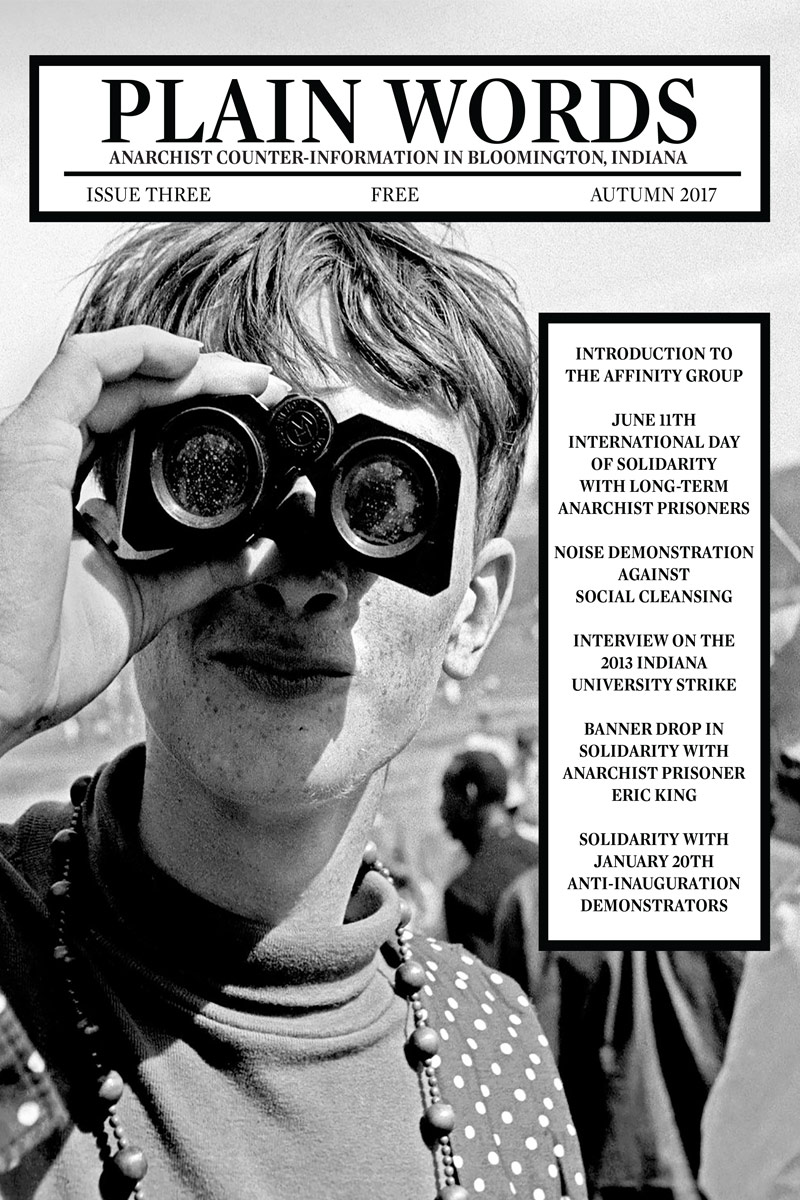 This is the third issue of Plain Words, an anarchist counter-information project out of Bloomington, Indiana. This issue features reports on activity in Bloomington, as well as longer pieces on anarchist affinity groups and an interview on the 2013 strike at Indiana University. The interview offers an interesting look at the strike and also includes insights and perspectives gained over the past four years. 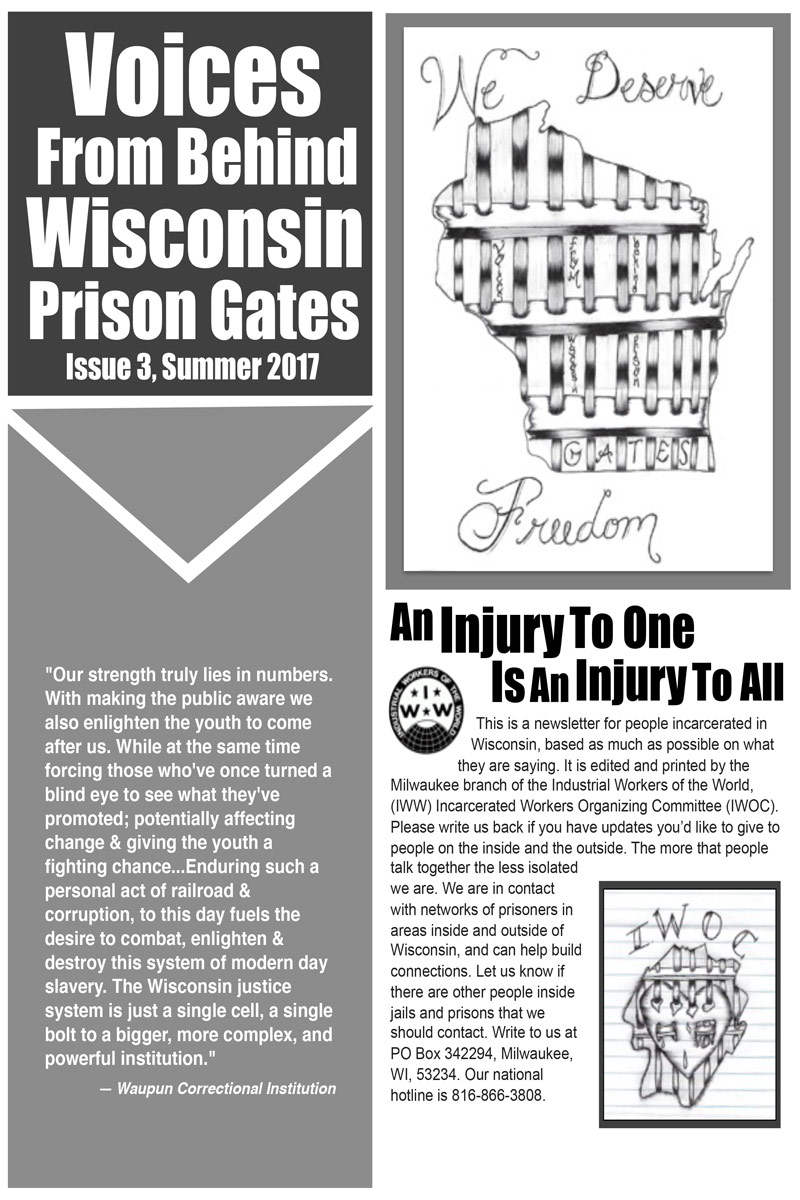 This zine is centered around anti-fascist organizing in Austin, Texas and serves as an introduction to anti-fascist organizing in the region. It is rooting in what the authors see as an increase in fascist activity since the election of President Donald Trump. There’s a timeline of fascist activity, a guide to local fascists, a long article that attempts to establish some theoertical and contextual roots for contemporary anti-fascism (“Who are the Antifa and What is American Fascism?”), a guide to fascist symbols, and two brief guides to forming affinity groups and diversity of tactics. The zine could probably function as a rough template for folks looking to undertake similar projects in other cities. 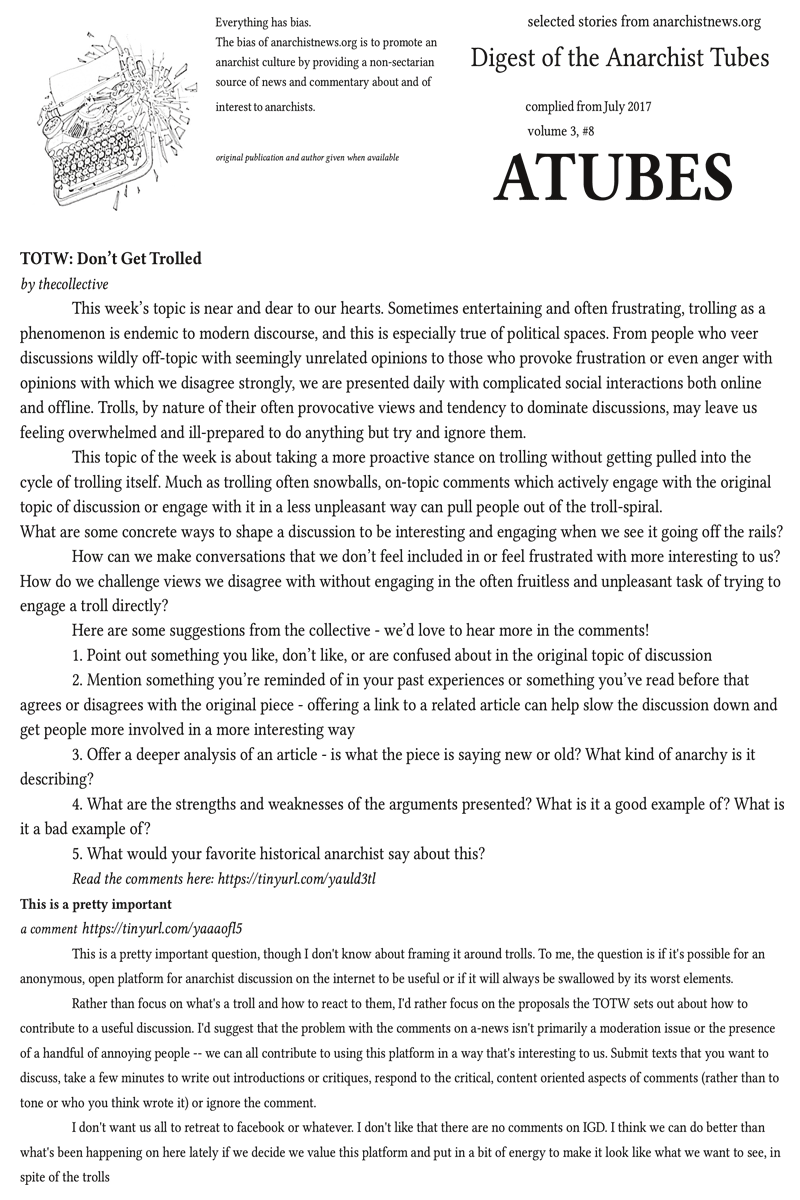 This is the latest version of the monthly ATUBES publication from AnarchistNews.org. It features a selection of articles and comments from the past month. This issues features some reflections on trolling, two pages dedicated to recent “controversy” around Wolfi Landstreicher, a criticism of ITS, some discussion of nihilism, John Zerzan, and eco-extermism, and some international news. 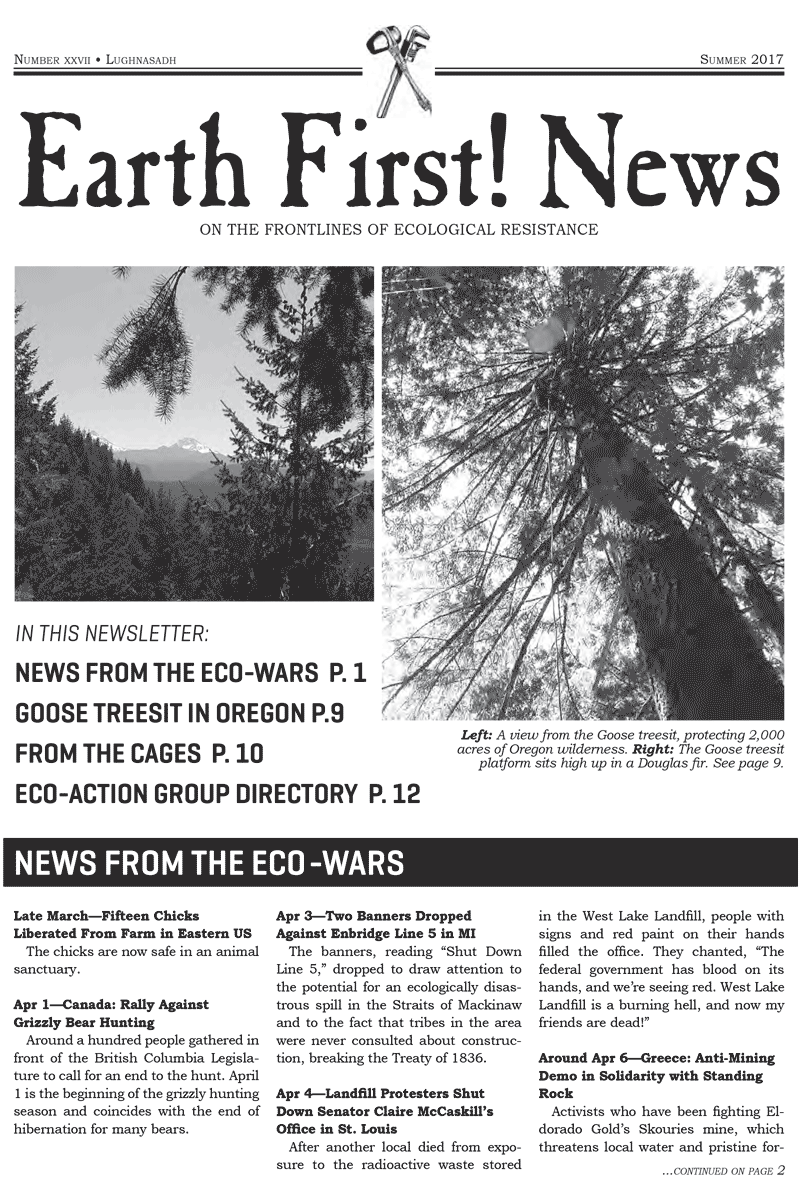 This is the Summer 2017 of Earth First! News which is a supplement to the Earth First! Journal. It contains news updates on eco-resistance from April through June, 2017, a feature on Cascadia Forest Defenders’ latest treesit protecting Oregon wilderness, updated political prisoner pages, and a directory of eco-action groups throughout the United States. It’s 12 pages and is designed to be copy and distributed in person. 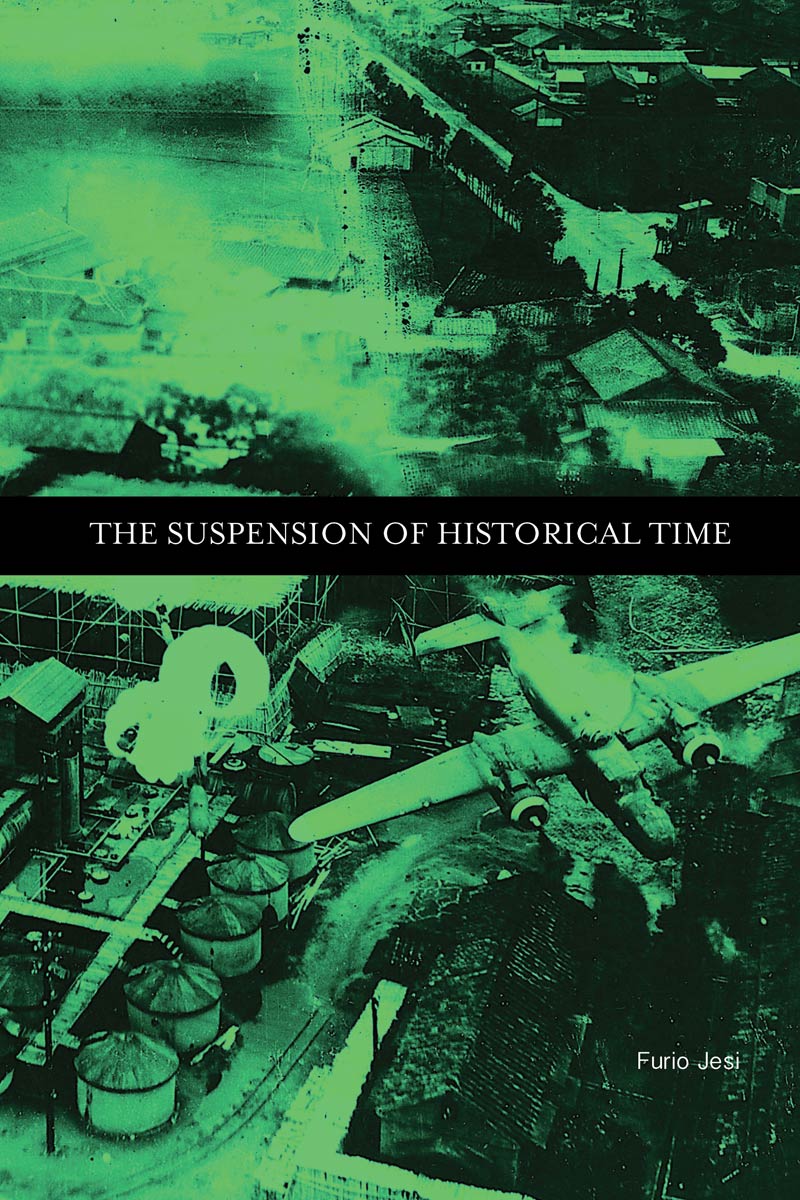 From the publisher: “A zine version of the second chapter of Furio Jesi’s Spartakus: The Symbology of Revolt, on the experience of time and mythic epiphany in the Spartacist armed revolt of 1919 in Berlin. Written in the immediate aftermath of May ‘68 (in which the Jesi participated), the manuscript was only discovered and published in 2000, twenty years after his premature death. As unclassifiable as it is lyrically beautiful, the book attempts to show the positivity and objectivity of the phenomenon of insurrection. Its later chapters (particularly “The Symbols of Power”) contain valuable strategic reflections on myth, dehumanization, and the trap of falling into a symbolic understanding of our enemies’ power, which remain as pertinent today as they were in 1969.”

Not Your Grandfather’s Antifascism 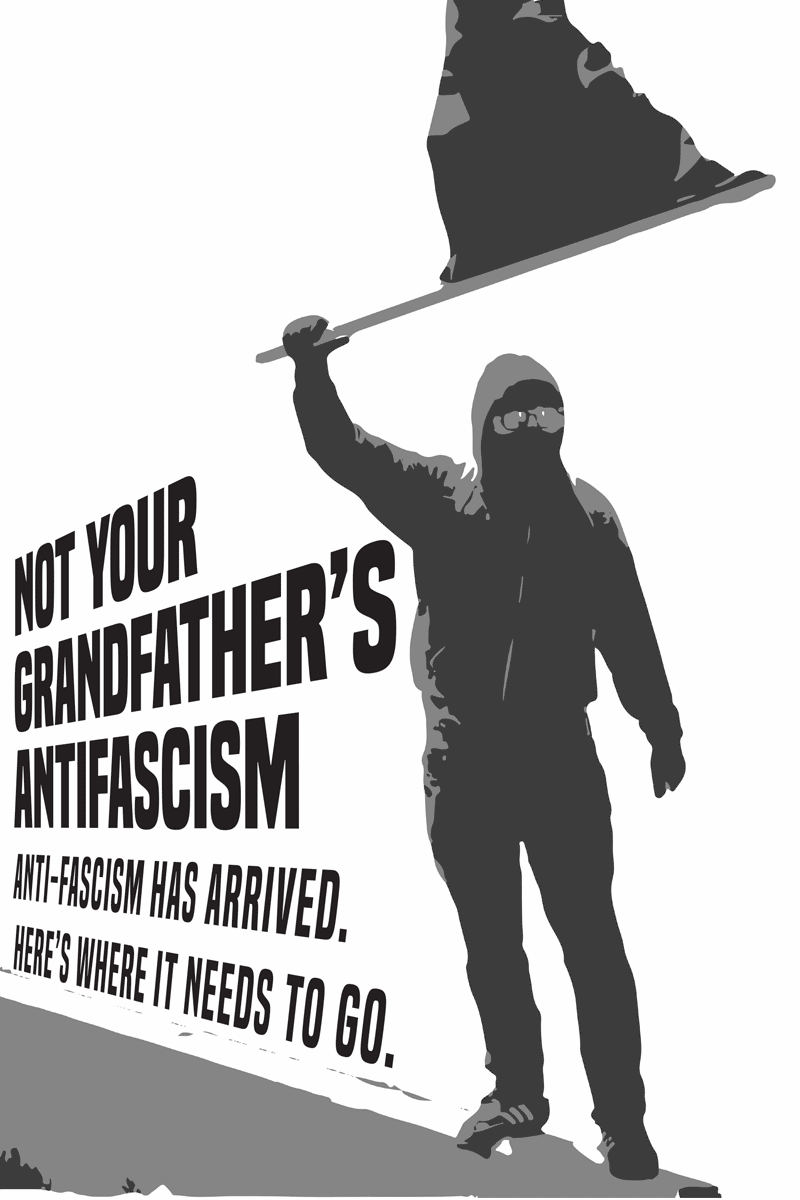 Sub-titled “Anti-fascism has arrived. Here’s where it needs to go”, this zine provides an important analysis and assessment of where anti-fascists find themselves in the aftermath of Charlottesville and the ongoing debate over “antifa” in the media and amongst politicians. It analyzes some aspects of the current moment including the increasing polarization in the United States, the myth of a symmetrical fight between fascists and anti-fascists, the language of terrorism, and martyrdom.