The following zines and pamphlets were released within the broad anarchist space during the month of June. We encourage folks to check them out, print them, share copies, and discuss them.

We produce these lists each month to help boost the visibility of anarchist publications. We try to cast a wide net with these posts, and consequently we don’t necessarily agree with nor endorse everything contained within these zines. If you have suggestions for texts to include next time, get in touch. Previous months of these posts can be found here.

Zines and Pamphlets Published in May 2018 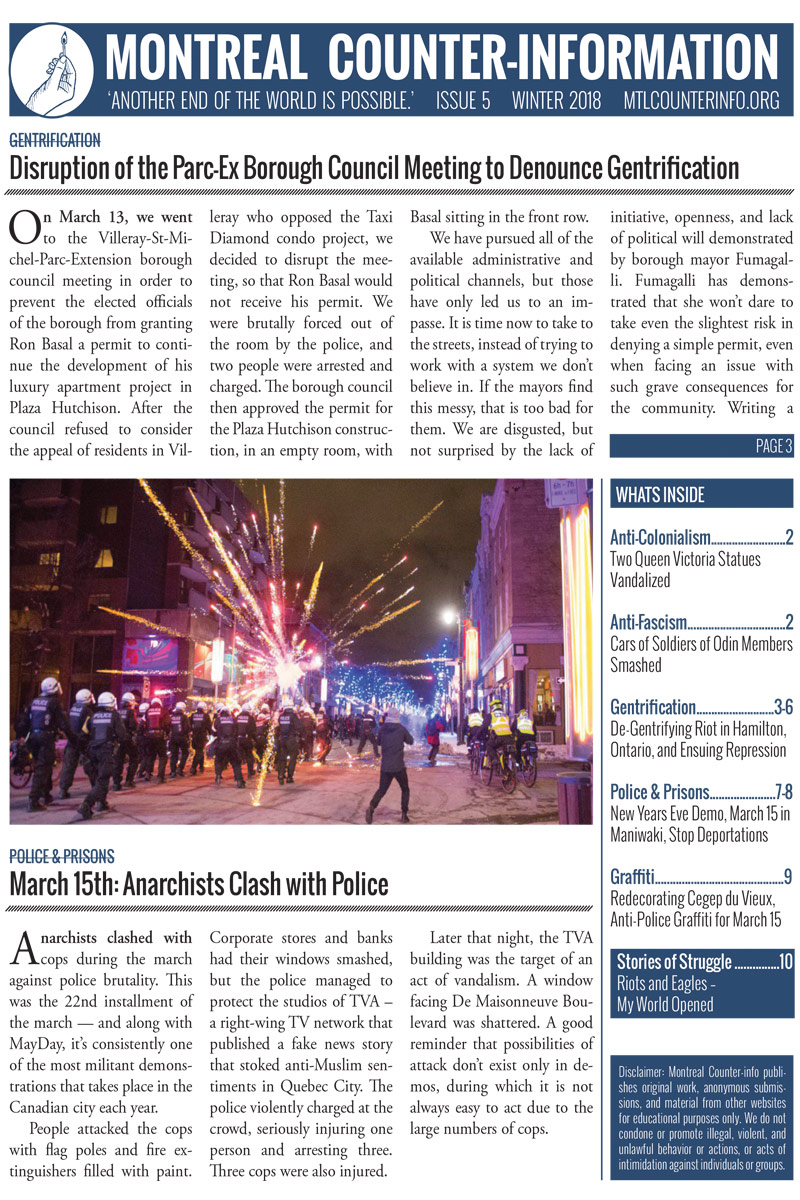 This is the winter 2018 issue of the Montreal-based counter-information publication associated with the website mtlcounterinfo.org. This issue features a variety of updates on local struggles against gentrification, the police, and fascists. There are reports from various actions that have taken place in the Montreal area, along with several pieces about anti-anarchist repression Hamilton, Ontario and a longer personal reflection in a new “Stories of Struggle” feature that uses story-telling to give “…life to our collective memory and allows us the opportunity to learn from past experiences.”

Designed to Kill: Border Policy and How to Change It 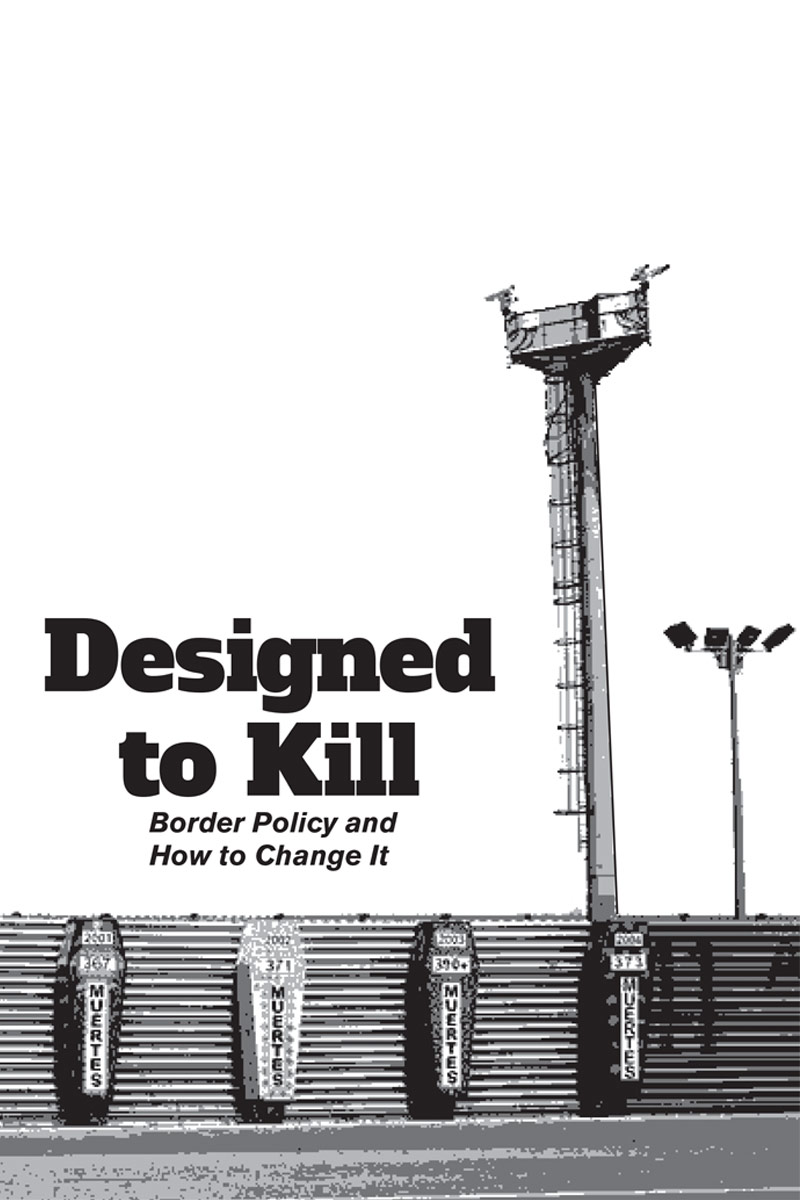 This is a zine-formatted version of a feature by Crimethinc that was published a few years ago. It explores the situation on the United States-Mexico border where hundreds of people die attempting to cross in the United States each year. It’s a mix of personal narrative from an individual who works to provide humanitarian aid to people crossing the border alongside observations about border policy. There are also two appendixes, one discussing the Border Patrol and the other offering additional stories from the border. 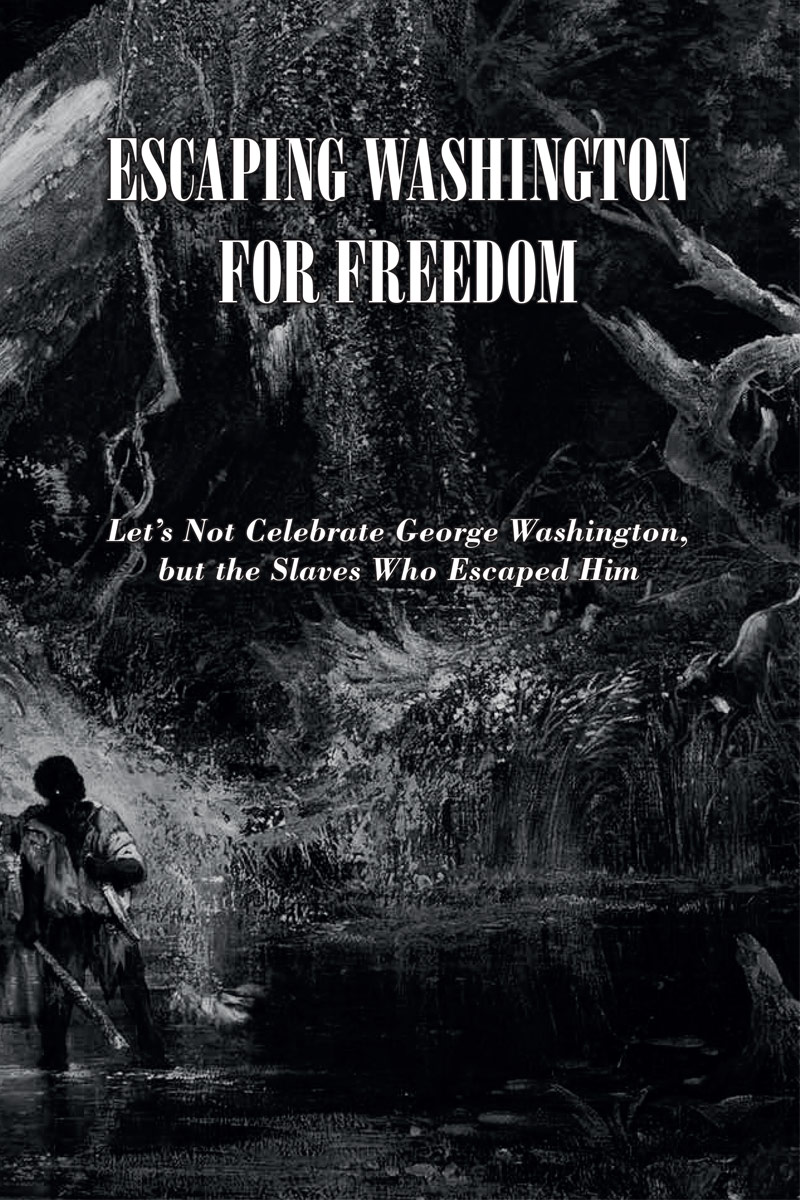 This zine by Crimethinc is an historical essay that challenges the idea that the first president of the United States, George Washington, is an exemplar of freedom. Rather than the popular historical myth of Washington and his legacy, this zine challenges that legacy by exploring Washington’s life and in particular his ownership of slaves. With the sub-title “Let’s Not Celebrate George Washington, but the Slaves Who Escaped Him,” it asserts that the slaves and indentured servants who escaped Washington are more worthy of celebration. Most anarchists are probably already critical of the Washington and the myths of the Founding Fathers, but nonetheless, this zine has some interesting information for anyone looking to sharpen their critique of the origin myths of the United States. 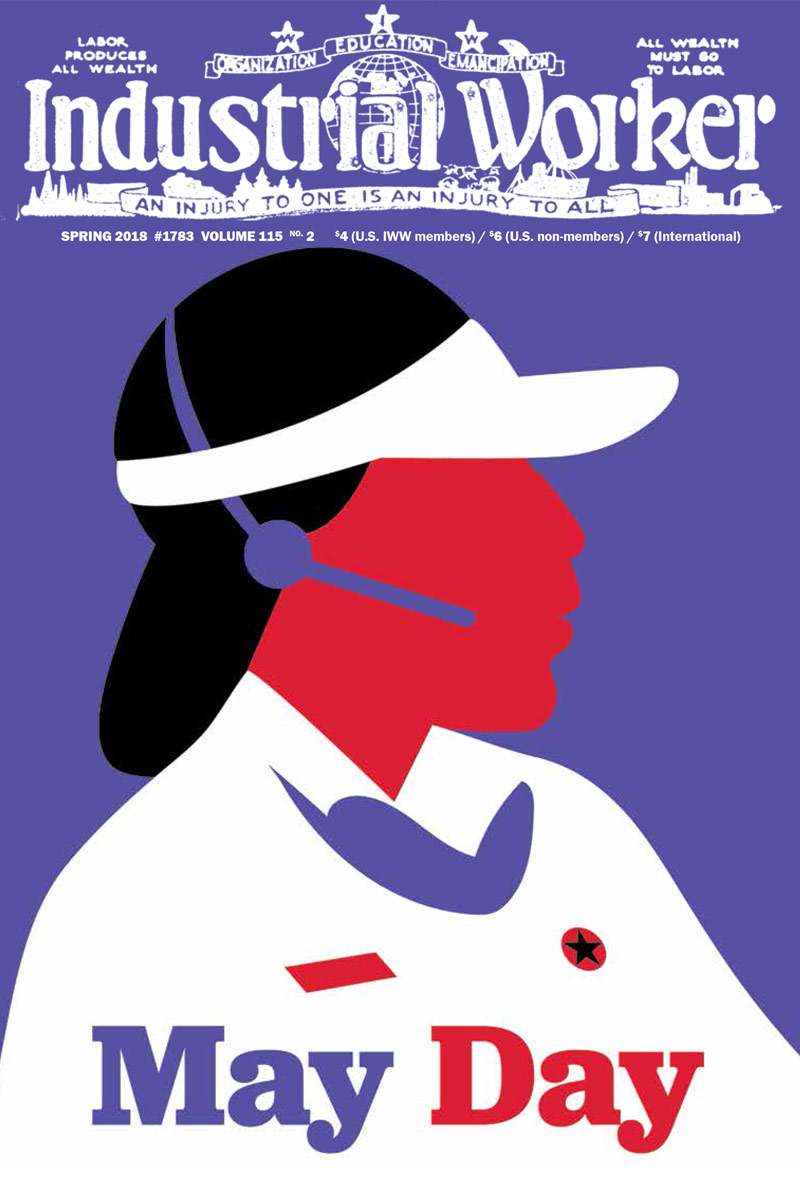 This is the most recent issue of the Industrial Worker, the long-running publication of the Industrial Workers of the World (IWW). It features its usual mix of contemporary labor news reporting alongside more historically focused pieces. There are articles on the Burgerville fast-food workers organizing, a couple features on strikes in the past, gender inequality in pay, and an essay on Lucy Parsons. There are also two essays by Emma Goldman and a piece by David Harvey exploring Marx’s stance on the Labor Theory of Value. 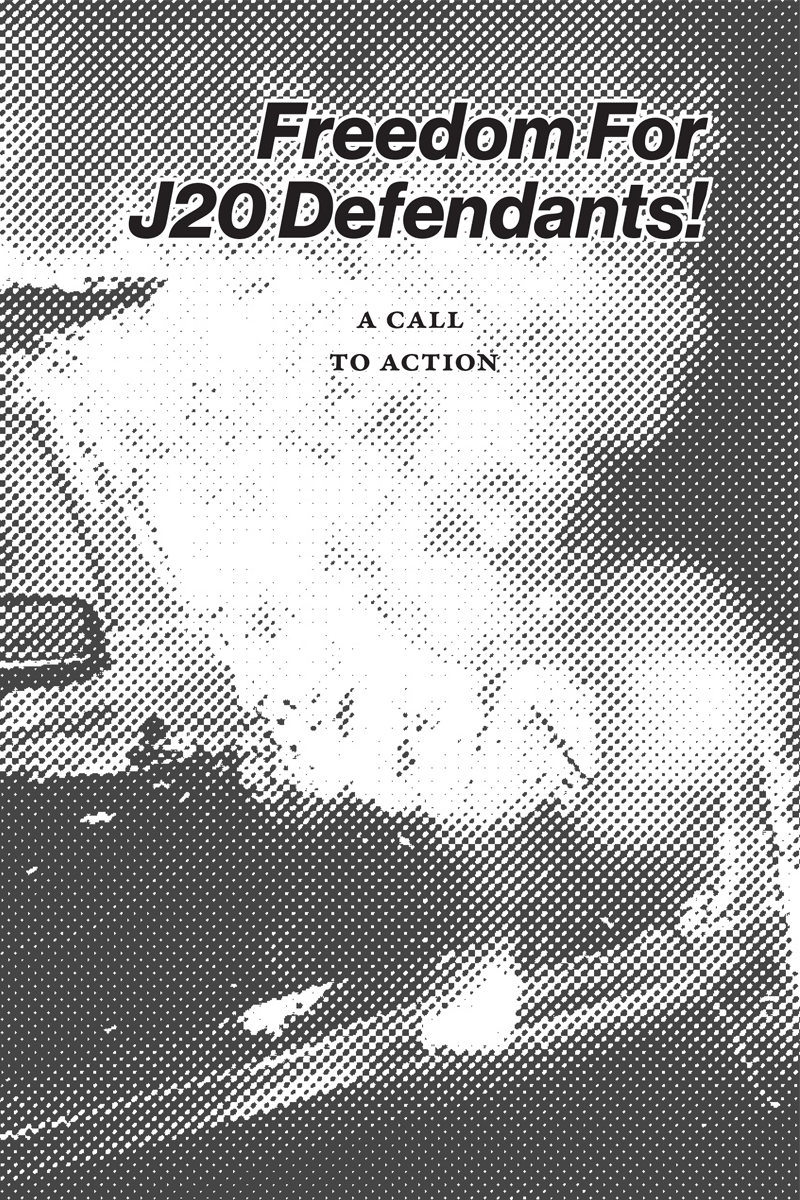 This zine is a discussion of solidarity as it pertains to the J20 prosecutions. For those that haven’t heard, the J20 case is about ~200 people who were mass arrested at Trump’s inauguration during an anti-capitalist and anti-fascist black bloc. This zine argues against what its author(s) state is the “disingenuous, liberal, reformist rhetoric” that some have used when discussing the case. In particular, they argue that it by playing up ideas of innocence and First Amendment protected protest, it is creating a situation that makes it more difficult for those who have more specific evidence and allegations against them. Most importantly, it’s a call for continued solidarity with the dozens of people who are still facing the prospect of 60 years in prison.

This issue of Sunshine State Anarchy covers May Day demonstrations by anarchists and other radicals in Florida. It features reports on events in Tampa Bay, Lake Worth, Gainesville, and Broward. A thread running throughout the publication and the events is the idea of left unity. The following excerpt is representative: “as leftists we are united all over this state, and the world. Don’t let this May Day flame burn out, let’s keep it lit until next year we do it all over again!” 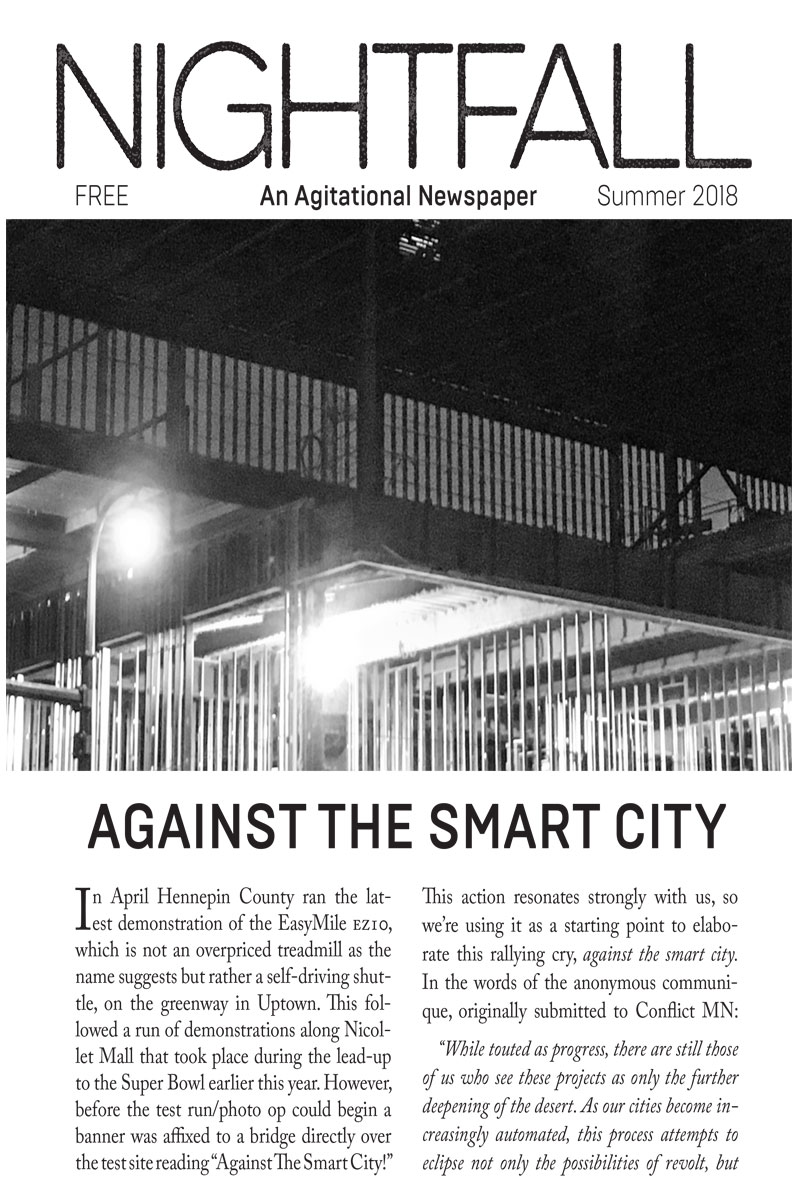 This is the most recent issue of Nightfall an anarchist “agitational newspaper” out of the Twin Cities. There is a cover story titled “Against the Smart City” that critiques a self-driving shuttle that is being developed and how it fits into the web of surveillance that blankets modern cities. There is also a piece called “Talking Together” on radical mental health and a piece looking at the recent history of May Day activity in the Pacific Northwest and what led to the call for this year’s decentralized May Day actions. Finally, it ends with a round-up of actions and upcoming events. 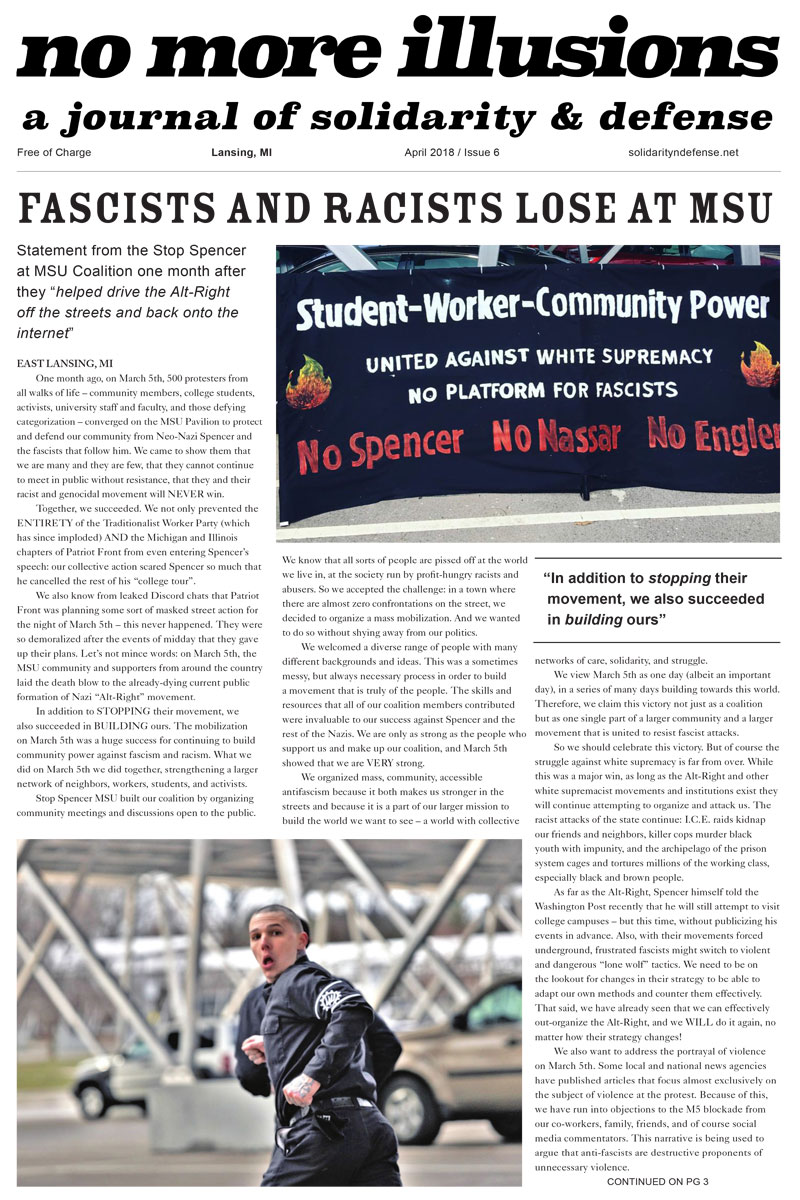 No More Illusions a publication of Solidarity & Defense an anarchist group that spans across the state of Michigan. This issue has a report back on the recent protests against white nationalist Richard Spencer who spoke at Michigan State University (MSU) in March. Spencer’s talk was very poorly attended due to the bravery of anti-fascists who blockaded the talk and prevented many attendees from entering. Aside from this report, there are short snippets on actions under the banner “Fuck the Democratic Party, Here’s the Real Resistance” and a short piece on recent high school walkouts. 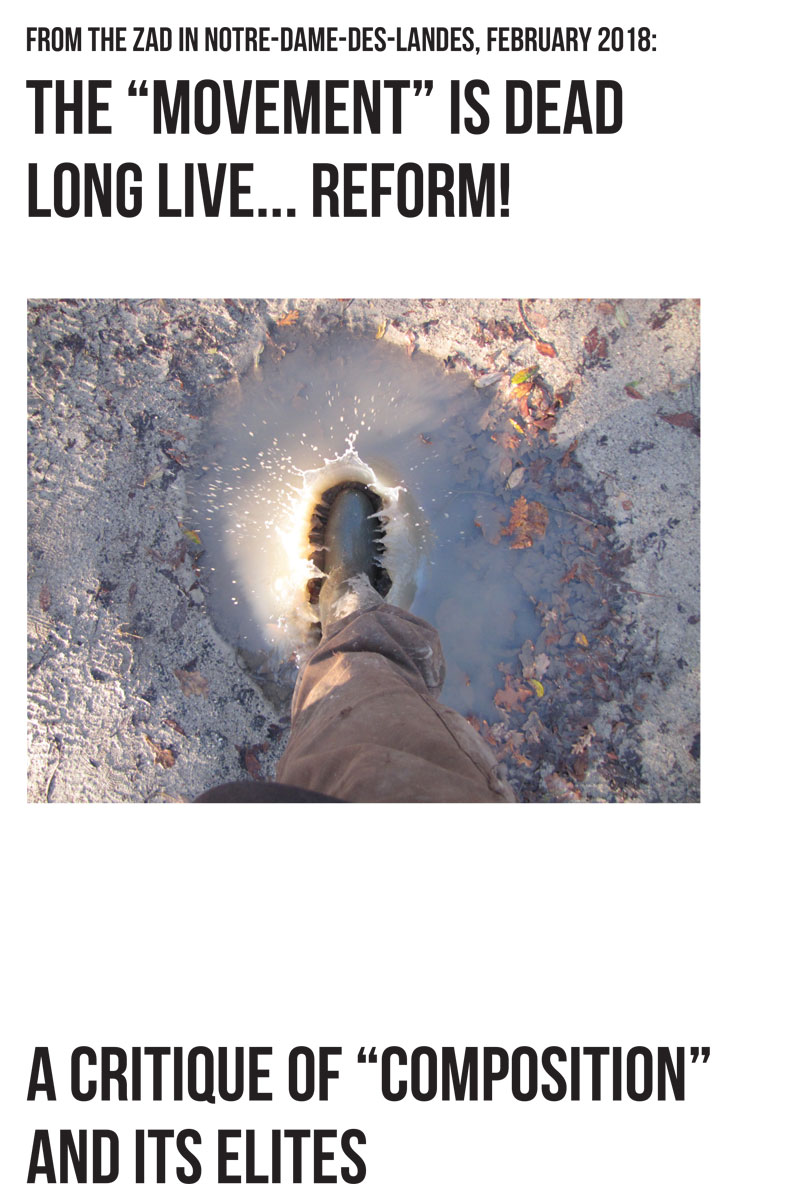 This is a text that comes out of the struggle over the ZAD in France. While it has been on the radar of many over the past month or so due to recent eviction attempts, there has also been rumbling of discontent amongst various groups who either live or lived on the ZAD. The author makes their intentions clear in the intro:

“I also want to share the sense of anger and betrayal that many feel about the direction this struggle has taken over the past years. This feeling is so hard to translate to people that don’t live here and haven’t lived the power plays in the same way, and it too often ends up sounding like petty process disputes next to the glorious myth of the ZAD or the latest glossy “commune”-erotica. So we end up falling silent, or only saying neutral things that explain technically what’s happening in the anti-airport movement, not how we feel about it or the conflict between different forces internally.”

The text focuses a lot on power dynamics and disagreements within collectives, which gives it a relevance beyond just the ZAD. 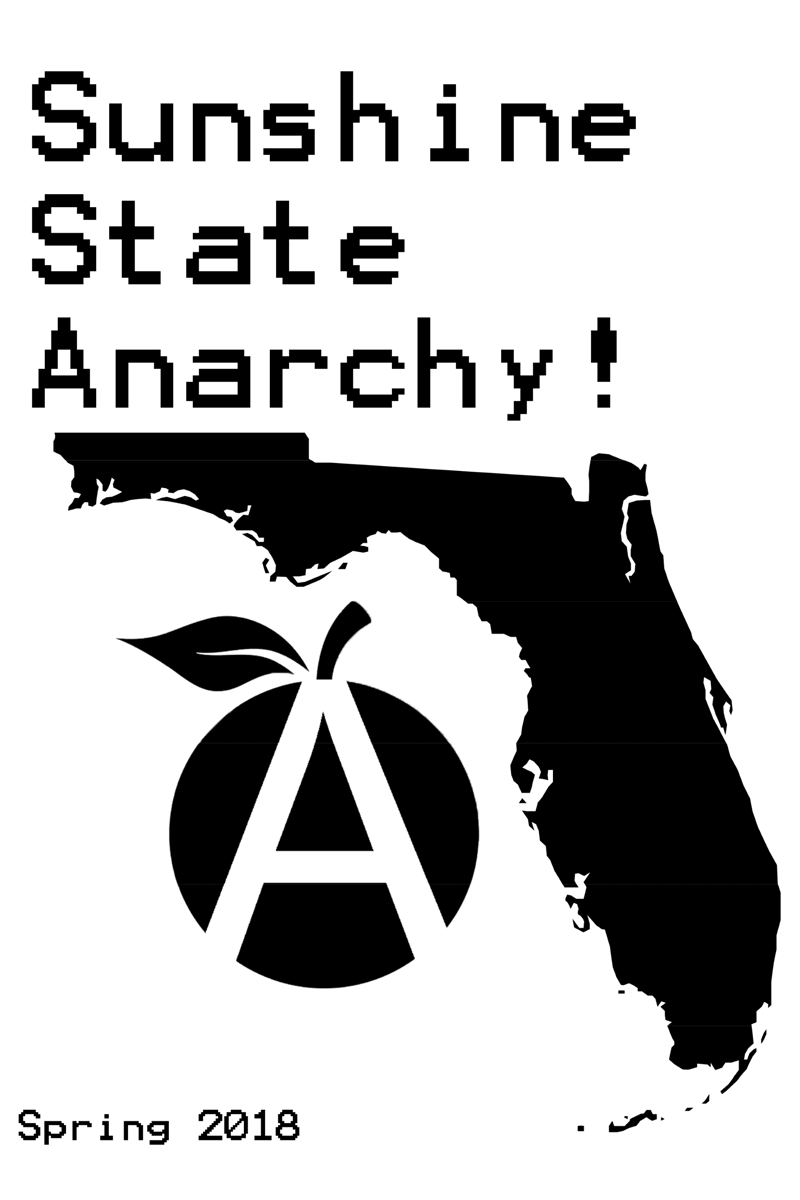 This is the first issue of a new anarchist/leftist publication out of Florida. The editors write: “Compared to places like Portland or New York, it can seem like Florida is a dead zone for anarchist and other leftist activity, but there’s a lot of subversive activity happening beneath the surface that many are unaware of.” They aim to create an open platform that will “be an accurate aggregate of leftist action happening state-wide.” To that end there are reports on a variety of different protests and issues including pipeline fights, police killings, teacher’s strikes, immigration, gun control, and solidarity with Afrin. 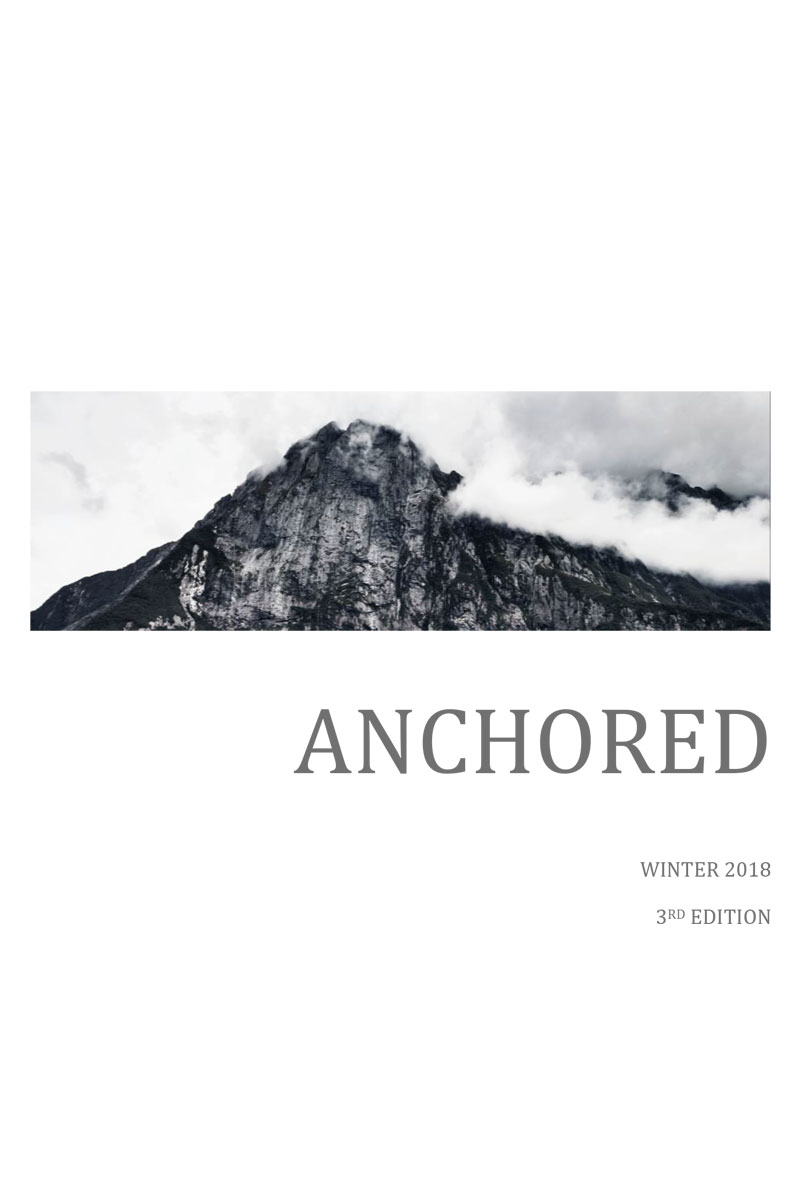 This is the latest issue of Unstoppable, a newsletter for/by women, queer, and trans prisons. It has a collection of writings from various prisoners, a short story by Ursula K. Le Guin, and even horoscopes. The editors end their introduction with some inspiring words that are worth remembering regarding 2018:

“Out of the murkiness that exists, including the shadow prison state, light and love emerges. No matter what. And that shit can set society ablaze if we allow it to grow and become interconnected with other collective struggles. Yes, we must focus on personal transformation and healing ourselves and our relationships, while also putting energy in to growing our social movements and transforming society.” 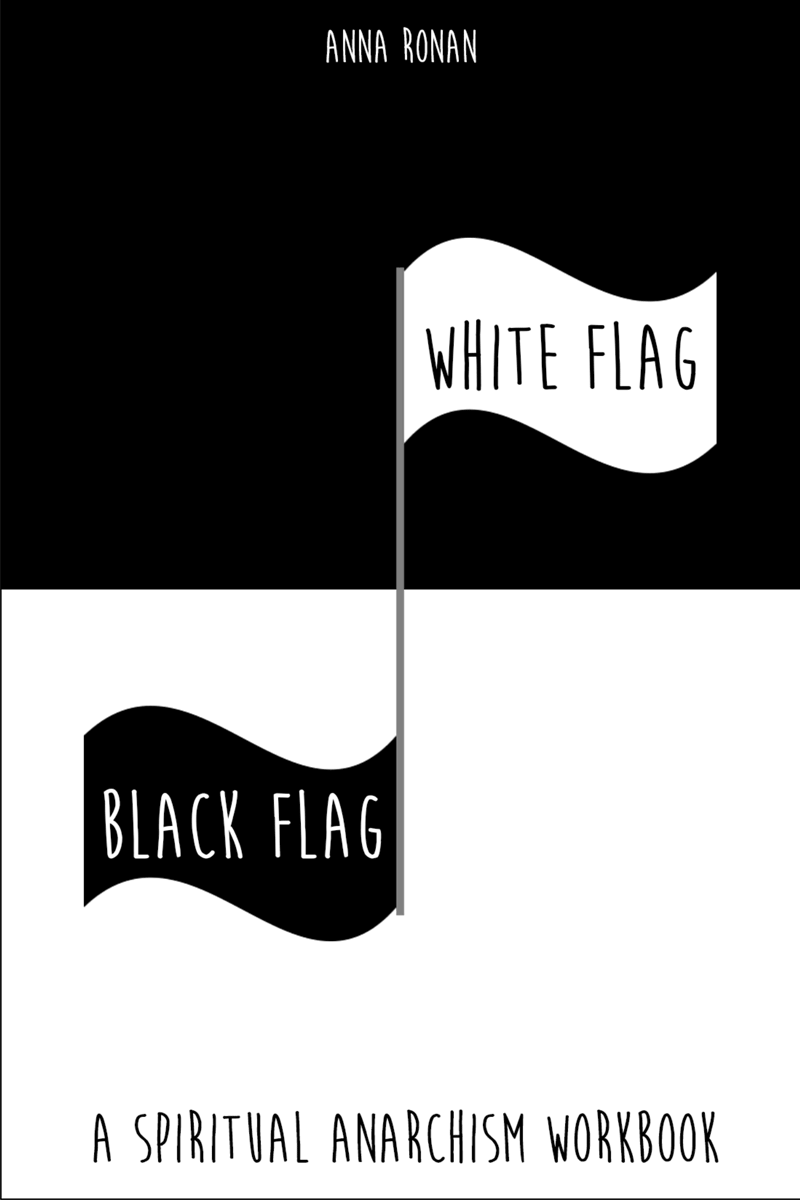 This is a workbook intended to strengthen one’s understanding of oneself, particularly around the topics of “growth, discovery, deconstruction, empowerment, acceptance, love, and self-actualization.” It identifies the intertwined nature of spirtual and political practice and offers a series of short readings and questions aimed at illuminating this and especially aimed at looking at developing a personal practice that balances the opposing tendencies of “surrender” (roughly defined by the author as accepting that some things are how they are) and “resistance.” It’s an interesting approach to a question that isn’t often addressed in anarchist writings. 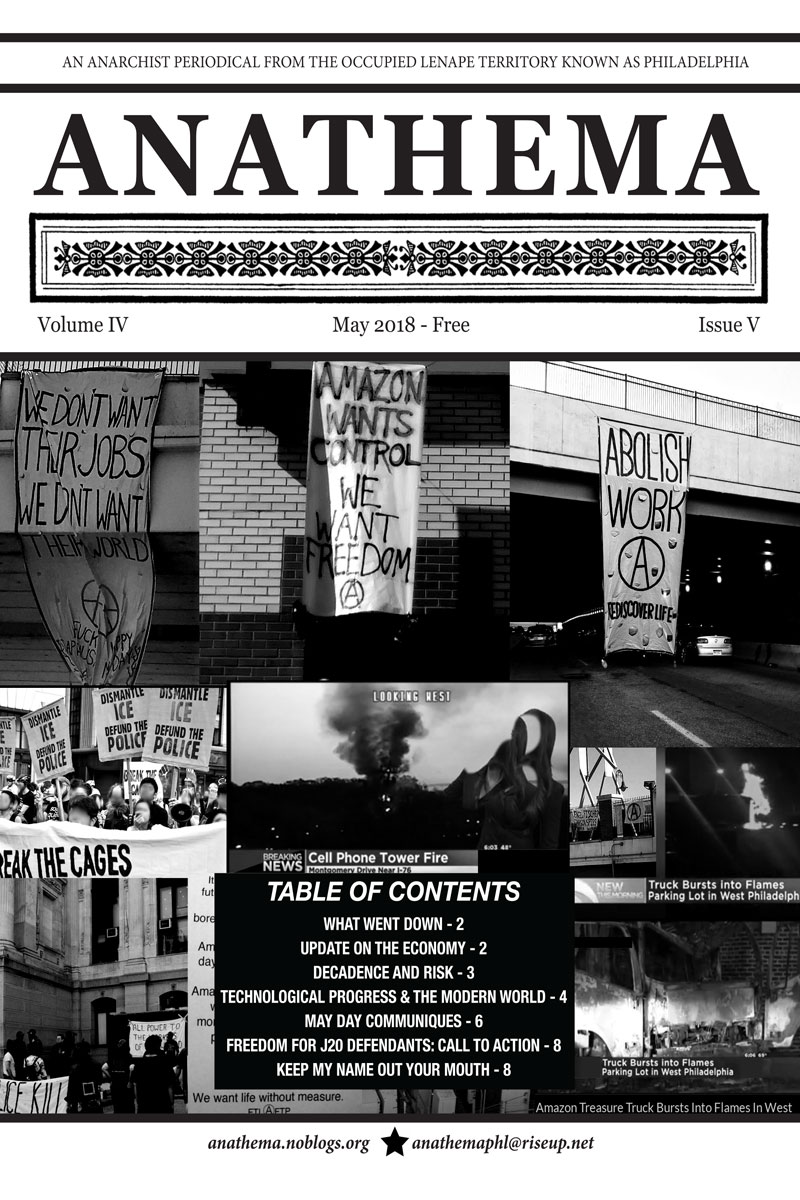 This is the May issue of Anathema, an anarchist publication out of Philadelphia. This issue features a round-up of May Day actions in the city, a short update/analysis on the state of the economy, a piece on illegalism, and the usual round-up of actions. There is a longer piece titled “Technological Progress & the Modern World” that at it’s core is an argument against reformism and also an excerpt from the “Freedom for J20 Defendants” call to action.

Why We Break Windows

This is a short essay by Crimethinc that attempts defend property destruction as a valid political tactic used by social movements. From the intro:

“From the demonstrations against the summit of the World Trade Organization in Seattle in 1999 to the revolt in Ferguson in 2014, property destruction has been central to protests against capitalism, white supremacy, and police violence. But what do windows have to do with these things? Why do people engage in political vandalism?”

Why We Don’t Make Demands 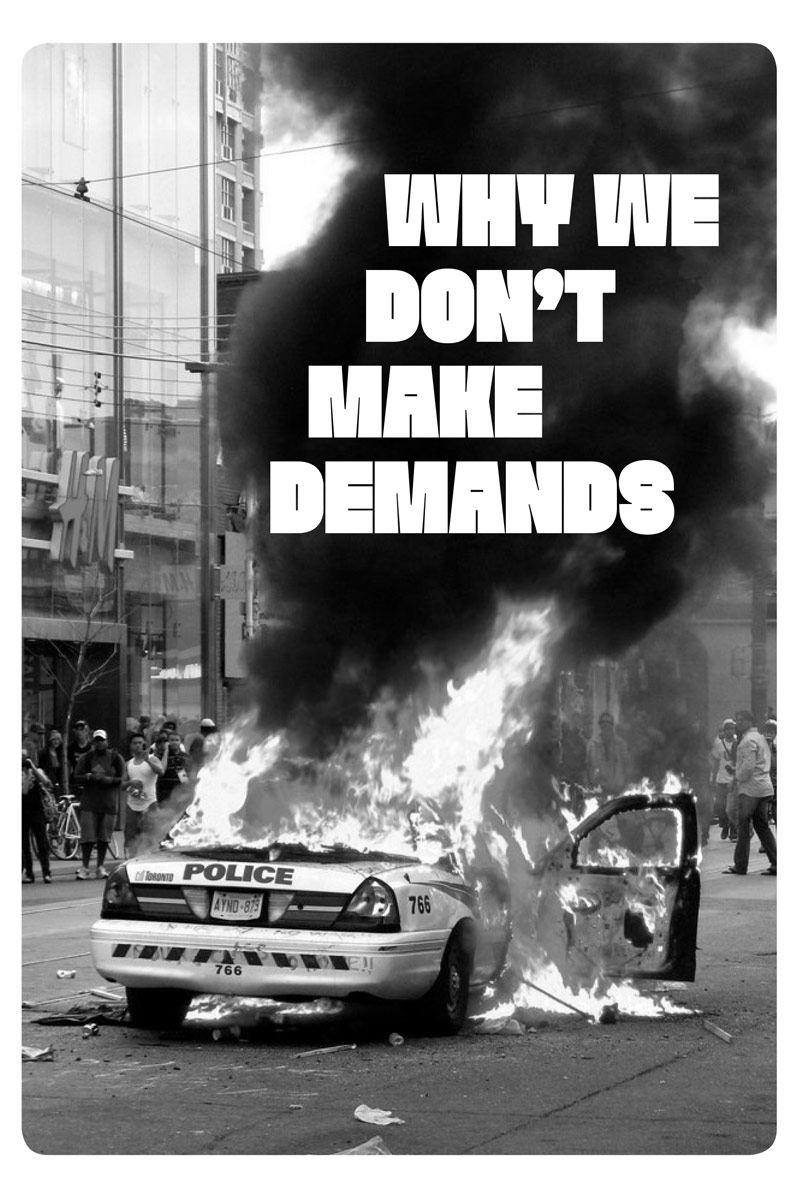 This is another essay by Crimethinc that aims to explain why so many recent social movements seem to be without a set of clear demands. Rather than being a sign of political immaturity, Crimethinc argues that the refusal to make demands is instead a conscious choice that grows out of the failure of political movements. From the intro:

“So the problem is not that today’s movements lack demands; the problem is the politics of demands itself. If we seek structural change, we need to set our agenda outside the discourse of those who hold power, outside the framework of what their institutions can do. We need to stop presenting demands and start setting objectives.”