Here’s our monthly round-up of anarchist zines and pamphlets published over the past month. If you have suggestions for titles to include next month, please get in touch. Previous months of these posts are available here. All previously featured zines are available on Archive.org. As usual, we encourage folks to print these out, share them with friends or random people on the street, and have face-to-face conversations.

On Repression Patterns in Europe 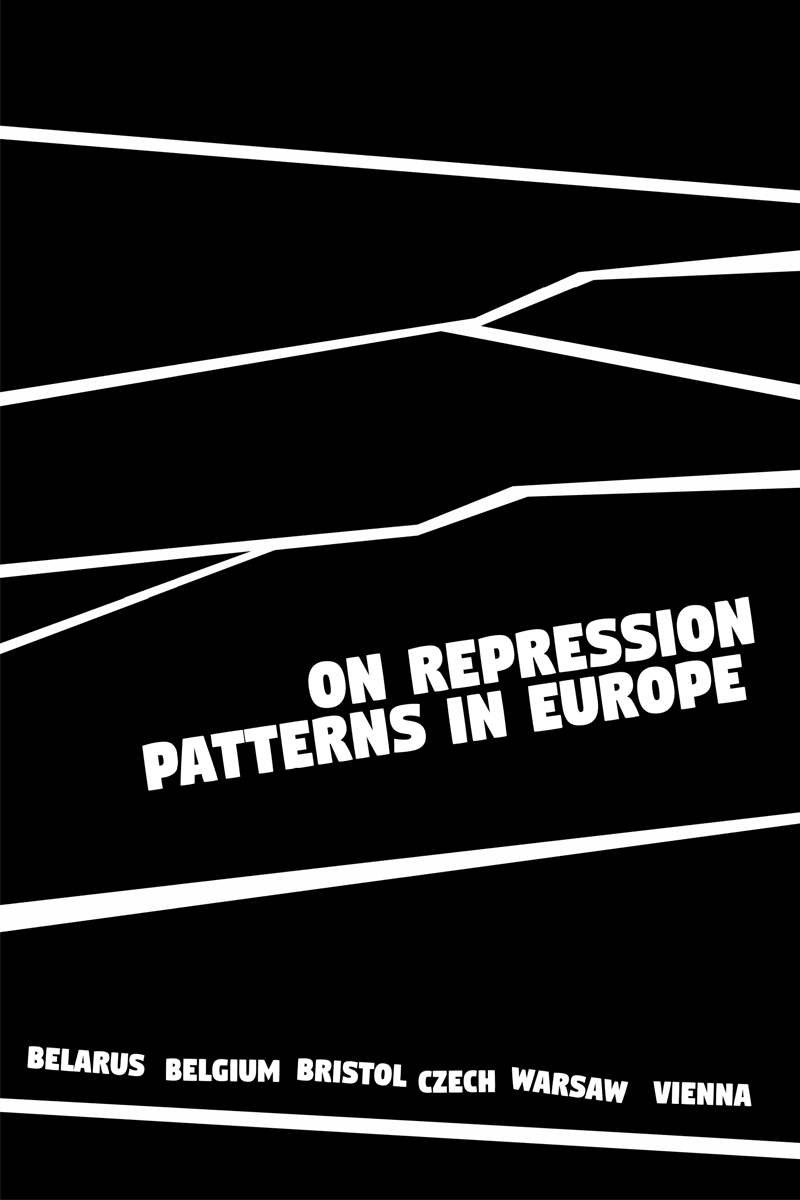 This zine was prepared by Anarchist Black Cross groups in Europe to heighten understandings of how repression is happening across the continent. From the intro:

“We feel it is useful to share experiences of these state repressions, both to feel less alone, and to share the tactics of resistance and solidarity that we have developed during these times. So, the zine was not only about telling what happened and how much we were repressed, rather analyzing how the communities reacted towards that, which strategies were developed, and if they could help us.”

It’s a good resource for understanding how repression functions in Europe and also offers some lessons that can be applied elsewhere.

Rebellion and Possibility: Voices in the Anti-ICE Struggle 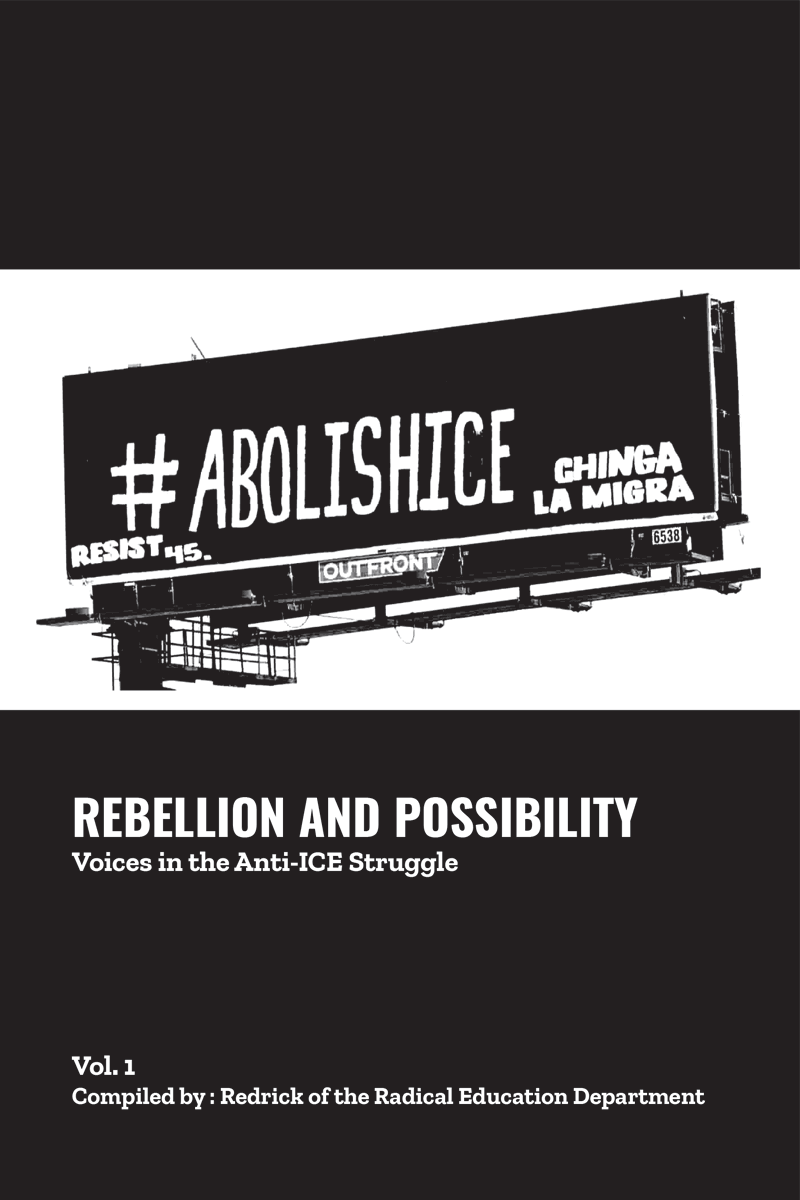 This zine—compiled by the Radical Education Department—collects ten different essays that have been previously published online about the various anti-ICE encampments, occupations, and direct actions that have spread across the United States over the past few months. Alongside these pieces, the zine presents a text written by the Radical Education Department titled “Combine, intensify, federate: Radical struggle and the anti-ICE movement” that situates the anti-ICE actions in the context of capital’s development over the past four decades. This is done in order to elaborate how anti-ICE activity can fit into a larger anti-capitalist movement. It offers two primary strategy proposals: 1) “multiplying local ‘direct action committees’ to coordinate the struggle beyond occupations” and 2) “building a nationwide federation of anti-ICE struggles to deepen, broaden, and intensify the attack on ICE and further our revolutionary goals.”

An Anarchist Primer: For the Days of Trump & the “New Normal” 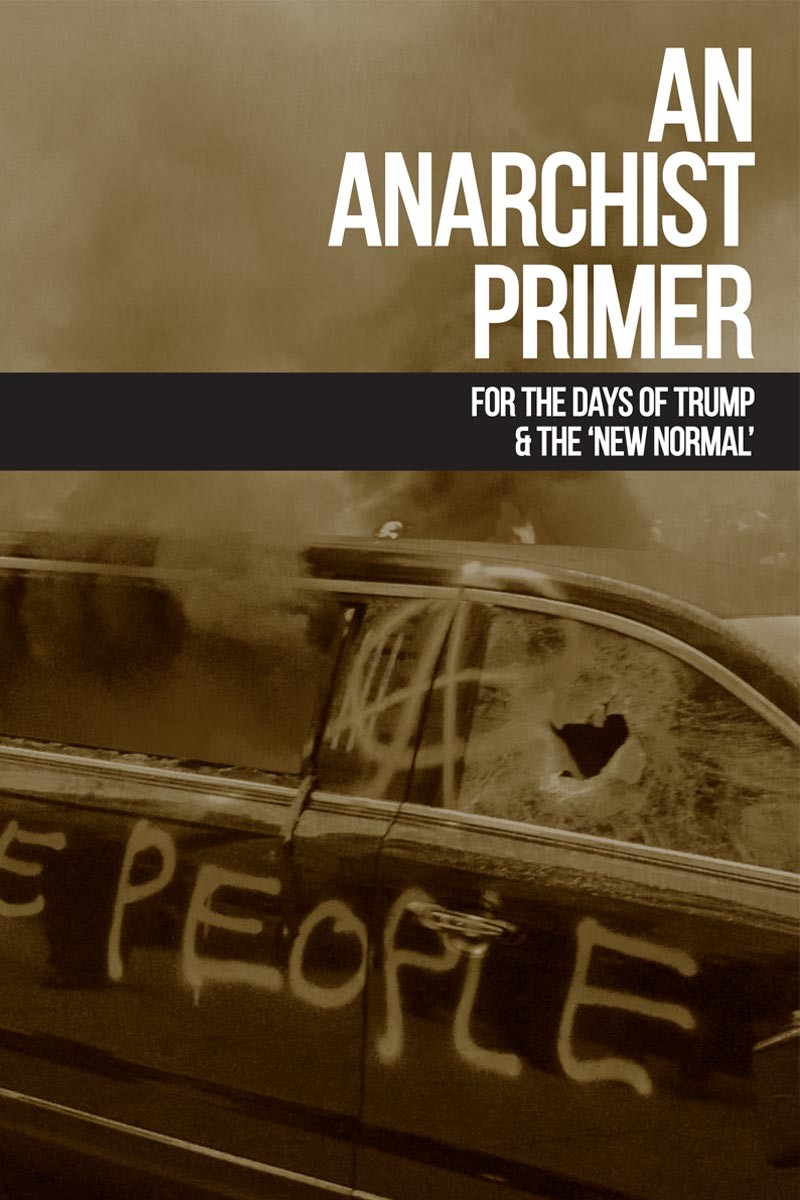 This is a reformatted version of a text that originally appeared on ItsGoingDown.org. It serves as an introduction to what an an anarchist position could be in the age of Trump. It doesn’t really engage with the ins and outs of what anarchy is, instead choosing to focus on the importance of anarchist resistance as opposed to leftist modes of reform, party-building, etc. The text argues for an autonomist strategy separate from the left, focusing on the broad goals of disrupting the capacity of the state to govern, defending from the violence of the state and the far-right, and rebuilding the capacity to fight or by creating spaces, networks, and other such efforts that sustain and nourish participants. 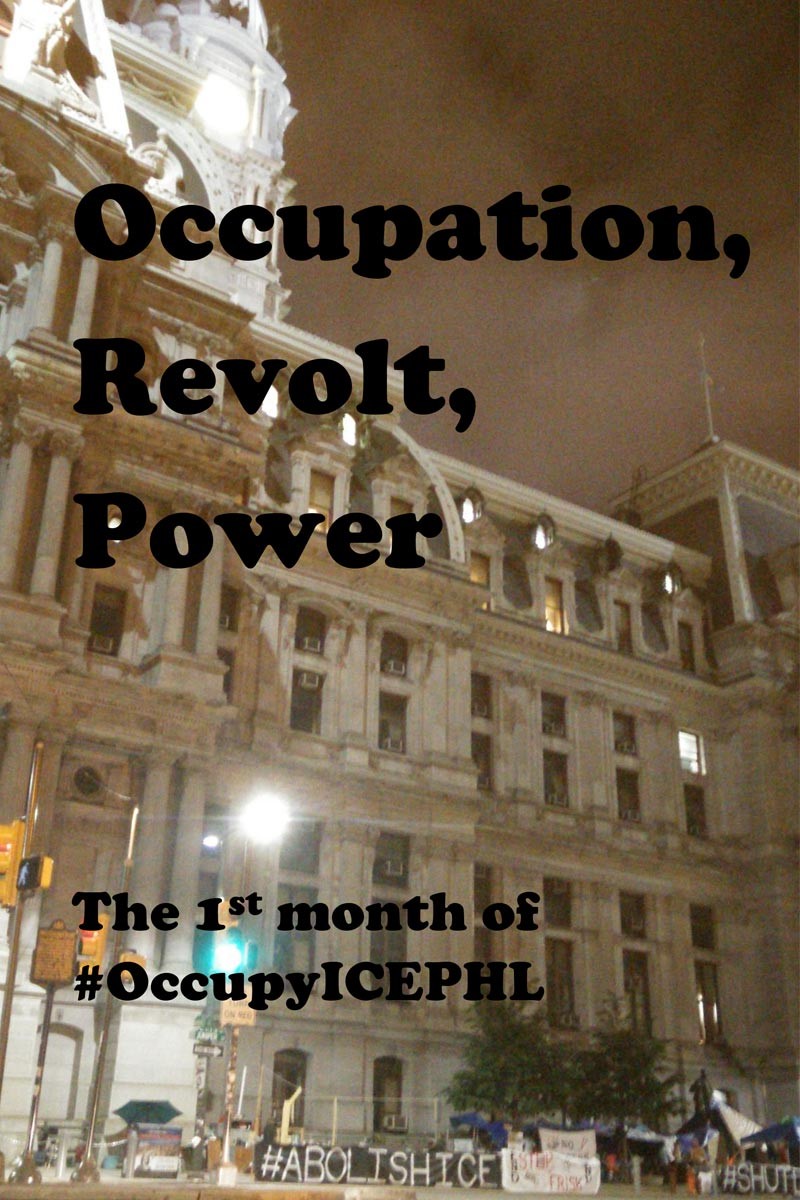 This zine by “Philly Anarchy Jawn” chronicles the first month of activity surrounding the #OccupyICEPHL occupation and encampments. As a result of the organizing and actions that took place over the first month, official data-sharing between ICE and the Philadelphia Police Department was ended. The author(s) compiled this zine in order to document the movement and to make it easier for people to look back on it the future, as most histories of social movements are written long after the movements have died. Moreover, they hope that the account proves “useful to proliferating such struggles around.”

Beyond the Sad Comforts and Stale Air of Radicalism 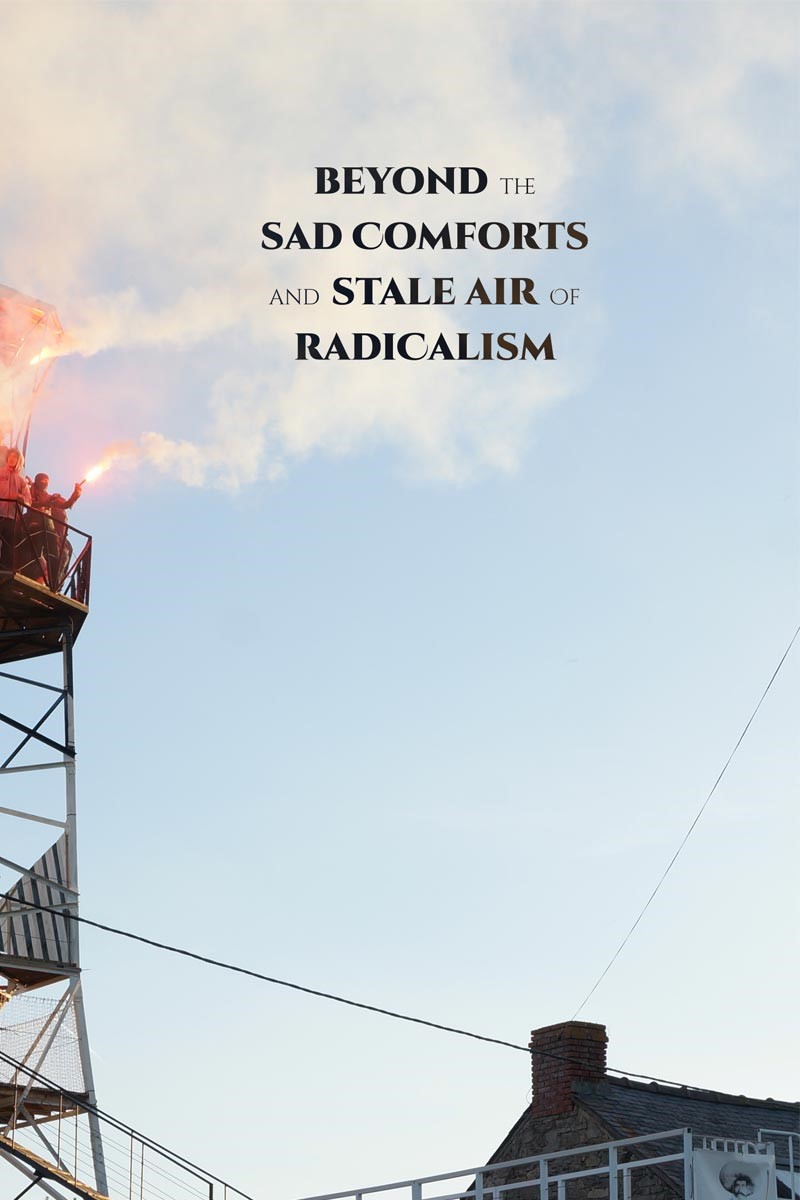 “There is something that circulates in many radical spaces, movements, and milieus that saps their power from within. It is the pleasure of feeling more radical than others and the worry about not being radical enough; the sad comfort of sorting unfolding events into dead categories; the vigilant apprehension of errors and complicities in oneself and others; the anxious posturing on social media with the highs of being liked and the lows of being ignored; the suspicion and resentment felt in the presence of something new; the way curiosity feels naïve, and condescension feels right. We can sense its emergence at certain times, when we feel the need to perform in certain ways, hate the right things, and make the right gestures. Above all, it is hostile to difference, curiosity, openness, and experimentation.” 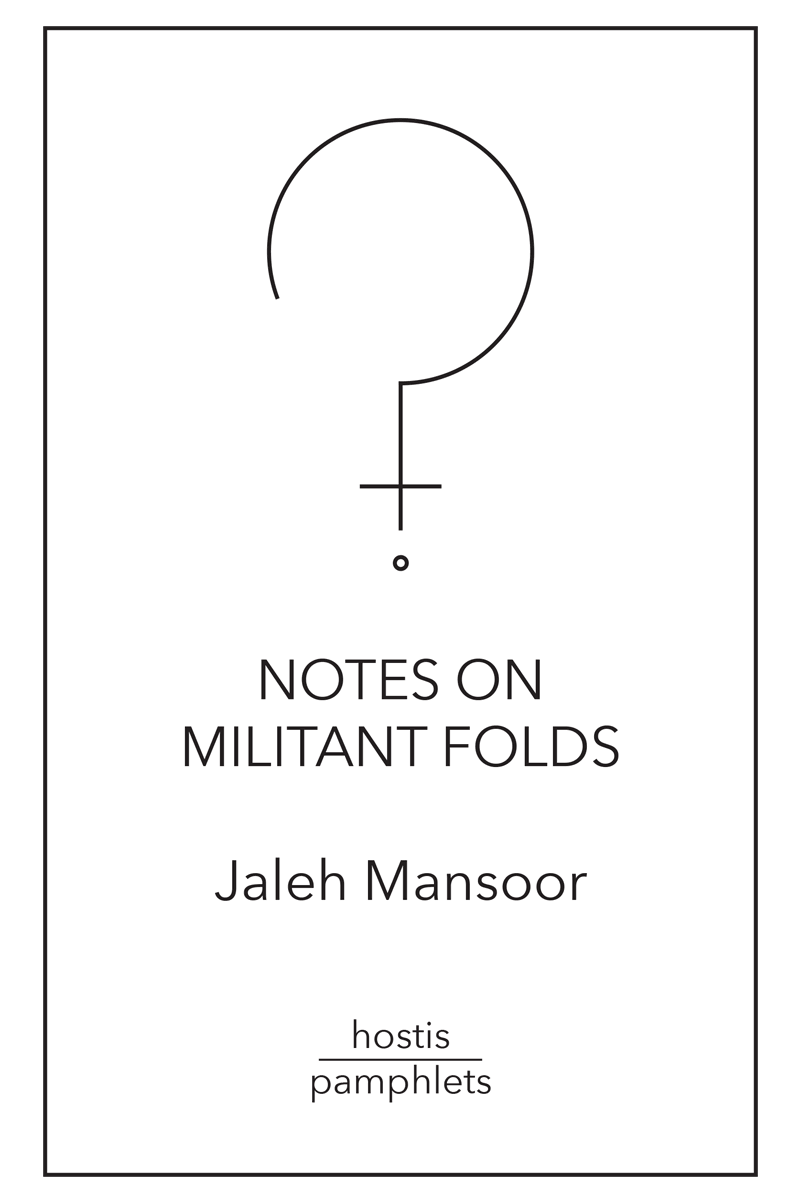 This pamphlet—produced by Hostis—is a recent essay by Jaleh Mansoor that engages with the text “Preliminary Materials for a Theory of the Young-Girl” by Tiqqun. It engages with the ideas presented in the Tiqqun text while offering several paths for expanding the discussion. It also engages with some of the critical responses to the Tiqqun text, particularly “Further Materials Towards a Theory of the Man-Child”. This kind of close engagement should be more common and it’s a definite step-up from the usual social media drivel that in some circles passes as critical engagement.