The following zines were released over the past month. We’re always glad to see that people still are committed to circulating information outside of the digital spaces that dominate our lives. Please take the time to print and share these zines with others who may find them useful.

In doing these posts each month, we aim for a broad representation of thought within the anarchist space. We don’t necessarily agree or disagree with the assertions made in any of these texts. We share them in order to raise their visibility and ideally to sharpen our collective analysis with an eye towards living anarchic lives.

You can view past round-ups and you can submit zines for inclusion next month. Until then, copy & destroy!

Towards Insurrection: Anarchist Strategy in an Era of Popular Revolt 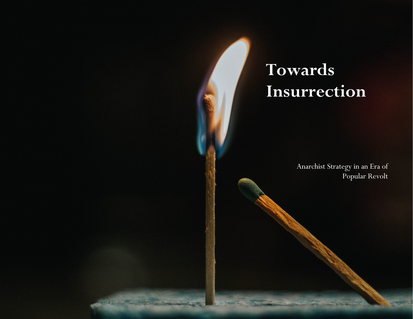 This zine out of Philadelphia analyzes how anarchists participate in popular revolts such as last summer’s riots related to the shooting of George Floyd. It offers a lot of critical observations around issues of race and whiteness, anarchist tactics, and history. The text is written from an insurrectionary anarchist perspective, and thankfully moves beyond the often simplistic discussions of race that happen within the anarchist space. Despite references to specific geographical and political contexts (Philadelphia, Portland, and Seattle), the points it raises are broad enough that it could be used to facilitate important conversations amongst anarchists residing in the United States. 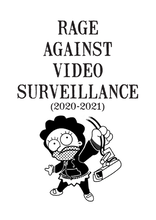 This zine collects reports of actions taken against video surveillance during the period of April 2020 to May 2021. While video surveillance technologies are becoming ubiquitous, it has not stopped people from fighting back. The reports are international in nature, but the majority come from France. The editor(s) write:

Video surveillance, like all control technologies, by becoming widespread and invading the streets of large cities as well as those of villages, is becoming increasingly commonplace and is forcing the social acceptance which is actively sought by the proponents of social control marketing. However, it continues to inspire acts of resistance and sabotage. As long as there are forms of police control over our lives, whether widespread or not, there will be people trying to prevent them from doing harm.

Against Self-Work: A Critique of Care as a Form of Labor 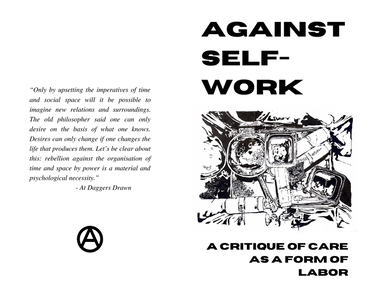 This zine presents an anarchist critique of the concept of “self-work.” The writer argues that the focus on work, productivity, and labor alongside the process of improving one’s self brings the insidious nature of work and all of its life-crushing attributes into some of our more intimate spaces. The text includes strong critiques of popular conceptions of self-work its advocacy for making the self into an occupation.

This Rose has Thorns: A Year of Anarchic Attacks in so-called Portland 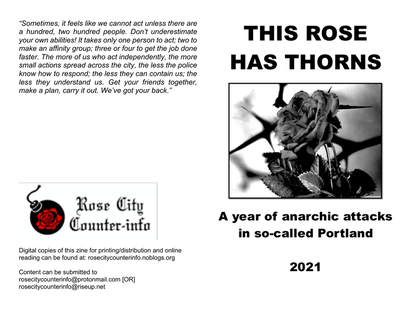 While many anarchists were aware of the months of protests and riots last year in Portland, some of us may be less aware of the autonomous actions that occurred outside of those protests. This zine collectss news reports and communiques of those actions. As the editor(s) write, “You don’t need a large crowd or a public flyer to take action, and sometimes you might even be more dangerous without them.”

Targets that Exist Everywhere: A Strategic Proposal for Building a Common Front against the Profiteers of War and Repression 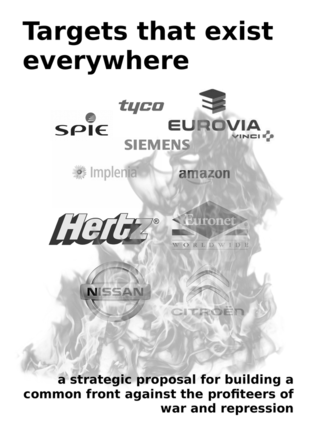 This pamphlet proposes a new idea of a “common front” – not the often watered down leftism that such a term generally implies – but rather a “common front” created through a shared participation in attacking capitalist targets. This could be both physical attack – which this zine focuses on – or attacking through propaganda “such as graffiti, posters, video rallies and other accessible media to denounce these actors of capitalist barbarism.” The text argues for targeting global corporations and institutions with the goal of making it difficult for them to do business. Since it largely advocates for creating a shared context through participation, the zine consists of a collection of communiques that fit their criteria in order to advance their argument.