Welcome to the latest edition of our mostly monthly round-up of recently published anarchist zines. This month there are new zines on the Russian invasion of Ukraine and where anarchists fit into it, a zine on the history of Mischief Nite in New Orleans, a zine providing additional context around the Fairy Creek blockade and eco-defense, and a newsletter from a prominent anarchist archive.

Also, we wanted to highlight a call for submissions for a new publishing project: "No Path: Against Speciesim, Civilisation, and the Reign of Ideas."

As always, we aim to cast a wide net with these monthly posts and inclusion here doesn’t imply endorsement/agreement with the ideas contained in these publications. If you like these posts and find them useful, please share them with your friends.

You can view past round-ups if you want more reading material. If you have something you want us to include next month, contact us. For a curated collection of zines, view our catalog. See you in the copy room!

Ukraine: Background on the Russian Invasion 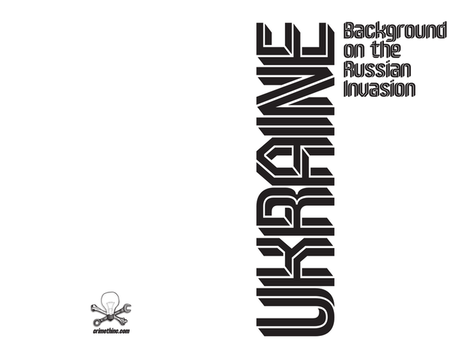 This zine collects interviews and narratives from Ukrainian anarchists, presenting a range of perspectives on the history of Ukraine and the situation leading up to the Russian invasion.

It excerpts “Ukraine: Between Two Fires,” “War and Anarchists,” and “Grassroots Resistance to Putin’s Invasion”.

Russia: Anarchists against the Invasion of Ukraine 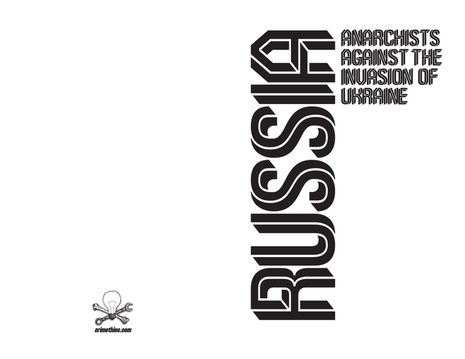 This collection brings together four statements from longtime Russian anarchist groups about the invasion of Ukraine, exploring its repercussions within Russia and arguing for international solidarity against Vladimir Putin’s militaristic efforts to expand his imperial reach.

It includes material from “Against Annexations and Imperial Aggression,” “Grassroots Resistance to Putin’s Invasion,” and “Russian Anarchists on the Invasion of Ukraine.” 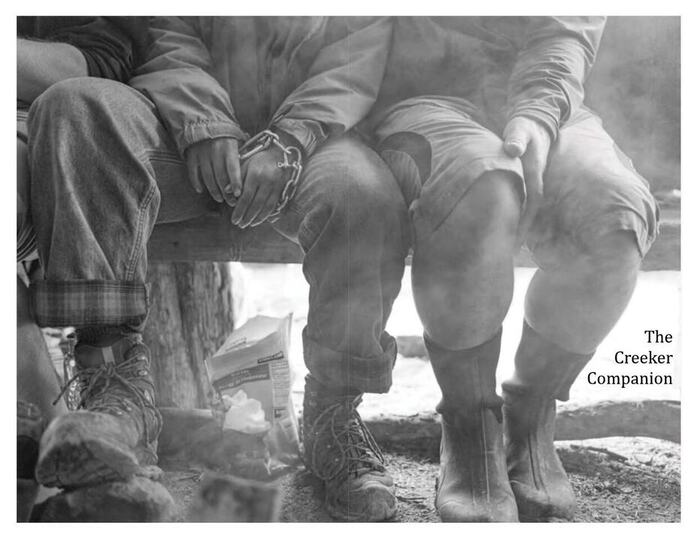 This zine has been put together as a sort of companion reader to those who spent time at the Fairy Creek blockade and perhaps are seeing the world with new eyes, as well as to those who have read Creeker Volume 1, or folks anywhere involved in land defense.

Covering a variety of topics, some of the pieces gathered here are intended to help with the background context, both for those who didn’t follow the Fairy Creek blockade early on, or are unfamiliar with some of the history on southern Vancouver Island around anti-logging/indigenous sovereignty. There are sections from the Smash Teal Jones zine of 2016 when land defenders fought Teal Jones in the Walbran, as well as an interview with a land defender from early on in the Fairy Creek Blockade. Following that is a piece that was released in January 2021, long before the blockade reached critical mass. 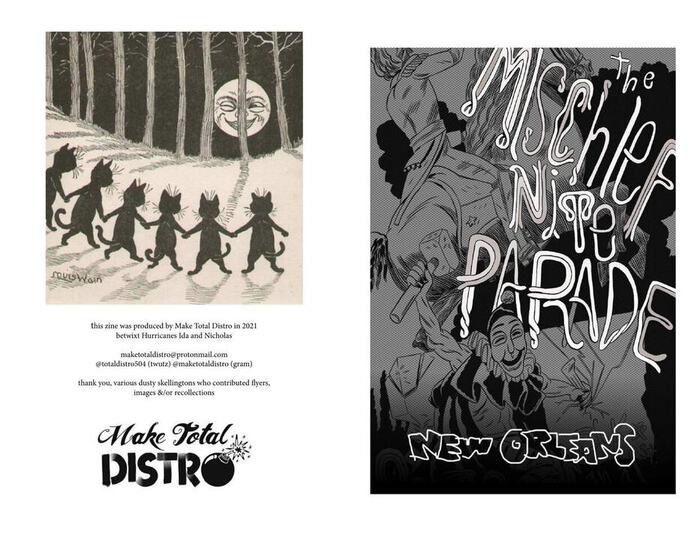 This zine (compiled by the cleverly named “Make Total Distro”) shares stories and reflections on four annual “Mischief Nite” parades held in New Orleans from 2014-2017. The parades were rowdy, torchlit affairs with dancing, music, fireworks, and vandalism. Several businesses were attacked and there were occasional clashes with the police. In 2018, there was a call for a “distributed” “Mischief Nite” that resulted in diffuse anti-gentrification vandalism. After 2018, the parades ceased. The zine has some moving words on the decline of the tradition:

All traditions are born, flower for a while, then die. Some persist across generations, some fall into quiesence and later rebloom anew, but most simply wither and are gone. It’s ok for things to die; in fact, it’s inevitable. The best and most beautiful traditions arise out of some shared desire or need, and are joyful to their practitioners. When they cease to be beautiful or joyful-- if they threaten to become mere obligations, or drudgery-- then they must transform or be abandonded.

NOT the bulletin of the Kate Sharpley Library, No. 8 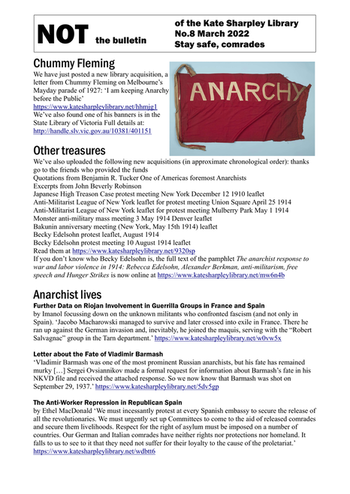 This newsletter lists recent updates to the Kate Sharpley Library website. It’s one of the best archives for anarchist material around. They continue to do an excellent job sharing important historical texts and uncovering materials that weren’t widely available previously. Definitely check this project out if you haven’t!