Welcome to our regular zine round-up. We missed last month while working on some changes to our website; apologies for the delay! A big thanks to those who still publish zines and believe in the utility of print media. As always, these zines cut across a wide array of anarchist ideas and inclusion here doesn’t imply endorsement.

In addition to anarchist publications that circulate via the Internet, there are also texts that exist solely in the offline space. In Der Tat is a quarterly anarchist journal which is now available in English. You can obtain copies here. The long-running anarchist magazine Fifth Estate has also published their spring 2022 issue.

Anarchist Zines and Pamphlets Published in May and June 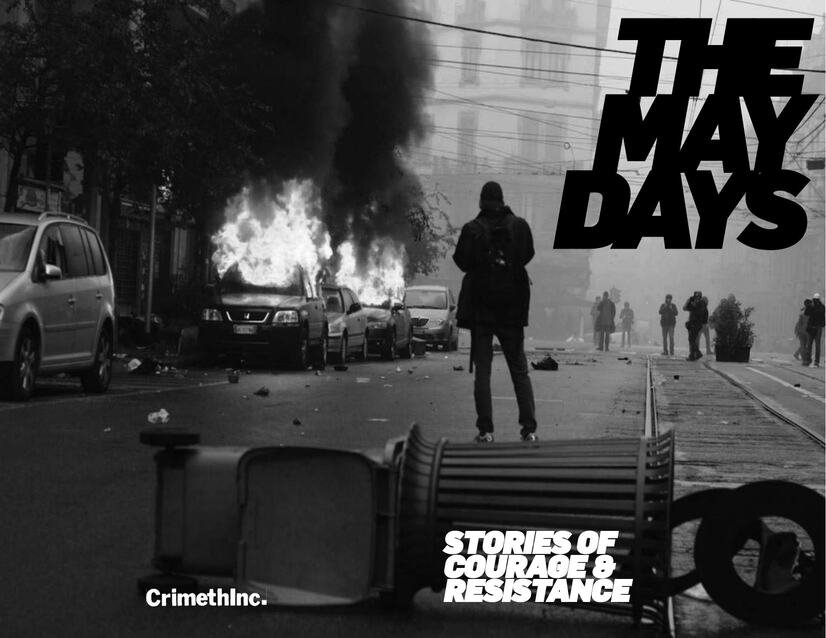 This zine by Crimethinc collects a number of different historical accounts of anarchist actions on May Day going back its origins in 1886. It does a nice job of highlighting the anarchist legacy of May Day and the variety of ways in which anarchists have used the day as a day of celebration and resistance. The focus is on May Day not as a celebration of labor, but rather as a celebration of “the possibility that we could sweep away all the forms of oppression that stand between us and the tremendous potential of our lives.” 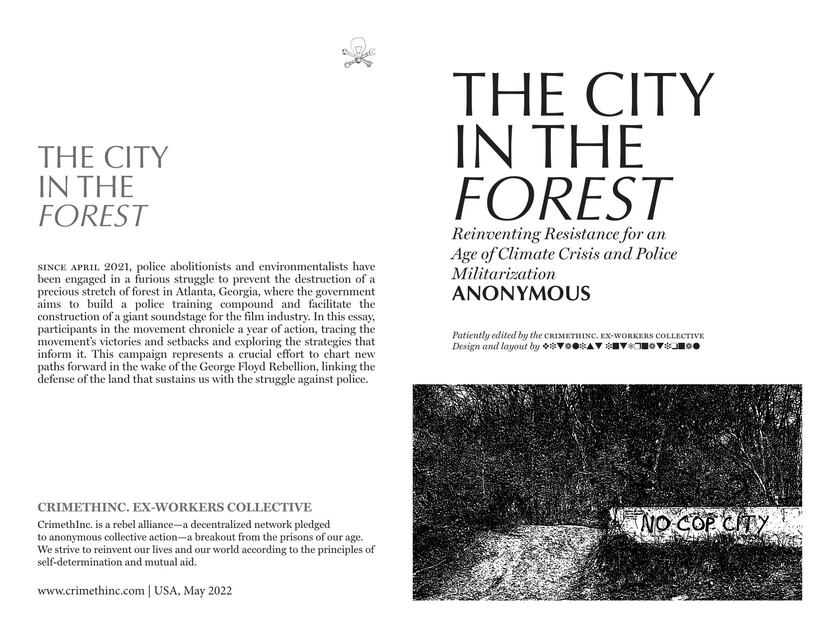 The City in the Forest: Reinventing Resistance for an Age of Climate Crisis and Police Militarization

Since April 2021, police abolitionists and environmentalists have been engaged in a furious struggle to prevent the destruction of a precious stretch of forest in Atlanta, Georgia, where the government aims to build a police training compound and facilitate the construction of a giant soundstage for the film industry. In the following analysis, participants in the movement chronicle a year of action, tracing the movement’s victories and setbacks and exploring the strategies that inform it. This campaign represents a crucial effort to chart new paths forward in the wake of the George Floyd Rebellion, linking the defense of the land that sustains us with the struggle against police. 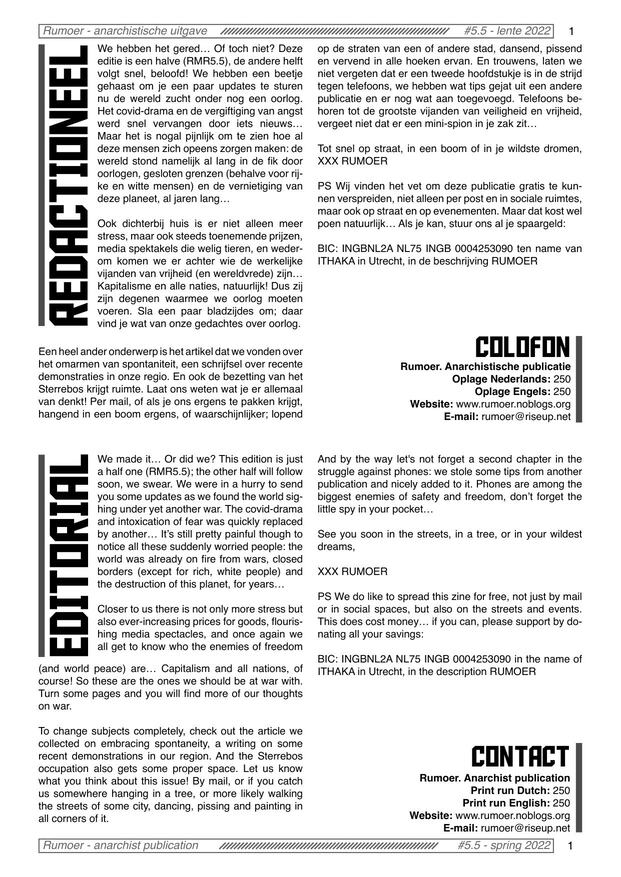 This is the latest issue of the anarchist publication Rumoer. It features articles on recent demonstrations in the Netherlands, a forest occupation in Sterrebos, tips on (not) using phones, and raids against anarchists in Munich. Along with this, there is a lengthy chronicle of actions undertaken by anarchists across the world. This is also distributed as a street newspaper, which is a great way to circulate anarchist ideas. 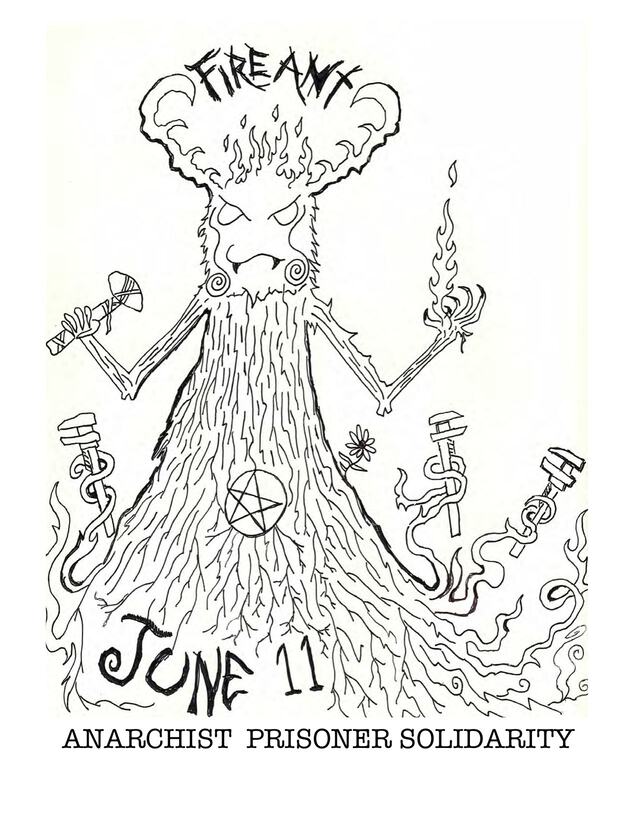 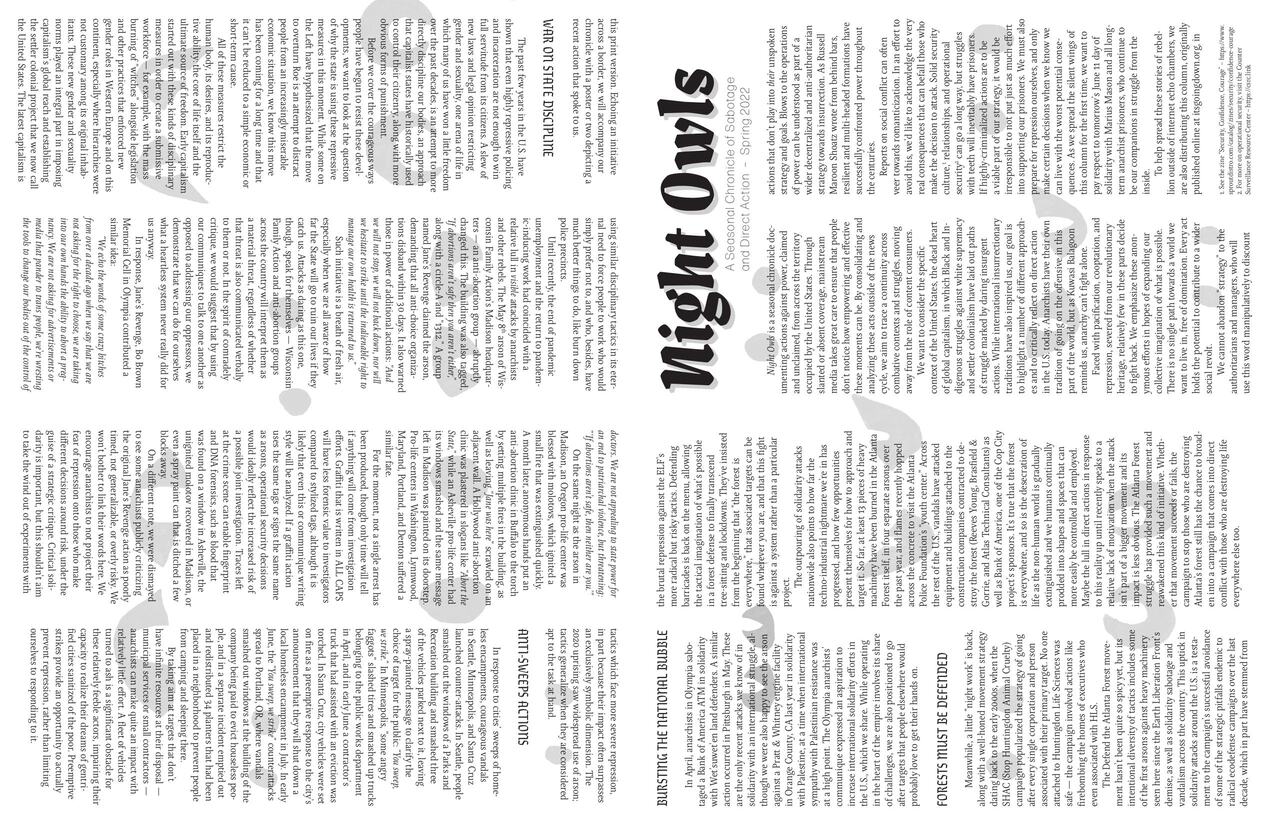 This is the first issue of a new “Seasonal Chronicle of Sabotage and Direct Action” that collects reports of actions across the United States. It’s published online as a column on the website ItsGoingDown.org as well as a tabloid size zine designed to be distributed offline. In addition, each issue will include a poster highlighting an action that spoke to the editors. 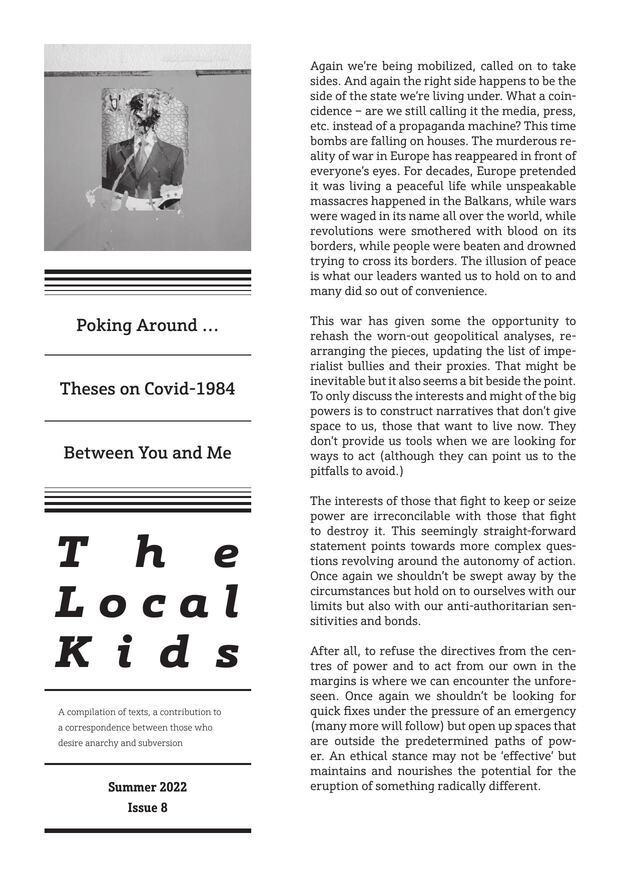 This issue of The Local Kids – a regular “compilation of texts, a contribution to a correspondence between those who desire anarchy and subversion” – features three essays. “Poking Around” addresses anarchist actions and the debate over whether to claim them via statements and how to relate to similar actions undertaken by those outside the anarchist space. The longest text, “Theses on COVID-1984,” discusses how the government’s managing of the COVID-19 crisis has expanded the techno-state. The issue concludes with a short piece titled “Between You and Me” critiquing technologically mediated communication. 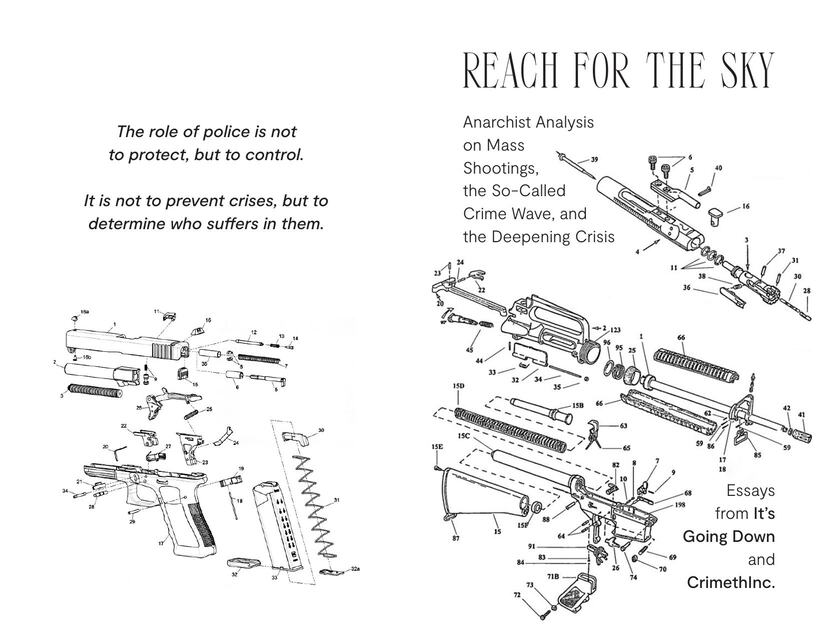 Reach for the Sky

Sub-titled “Anarchist Analysis on Mass Shootings, the So-Called Crime Wave, and the Deepening Crisis”, this zine features a series of essays from It’s Going Down and CrimethInc on the ongoing wave of tragic and deadly mass shootings, the rise in crime during the COVID-19 pandemic, and how it relates to a deepening social crisis of drug overdoses, rising suicide rates, and lowering life expectancy. 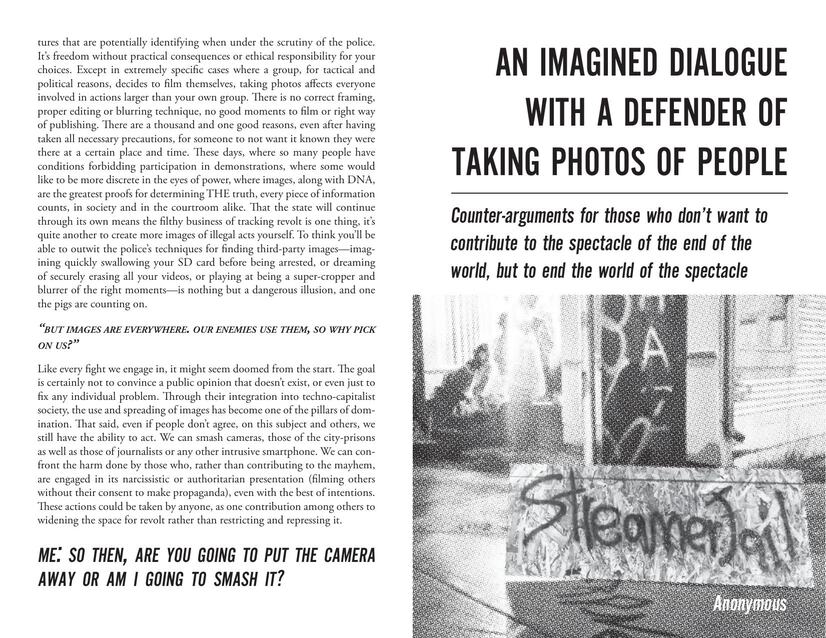 An Imagined Dialogue with a Defender of Taking Photos of People

This zine — published by Ungrateful Hyenas — presents a series of responses to common arguments made by those who favor photographing and documenting demonstrations. Among the arguments covered are that photos only show the facts of what happened, that they document the struggle, that they protect people from repression, and that photographers can safely protect people. It also argues that photographs reinforce the spectacle rather than contribute towards its destruction. 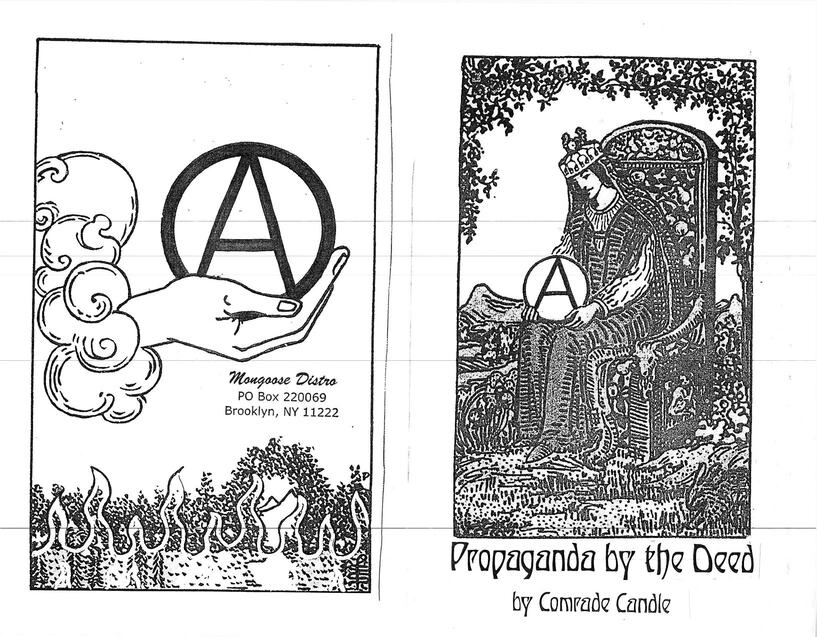 Propaganda by the Deed: A Zine in 3 Essays

This zine – published by Mongoose Distro -- features 3 essays by an anarchist prisoner defending the idea of “propaganda by the deed.” The author defends the concept from a largely individualistic perspective and argues against the moralism that restricts choices within the anarchist space. 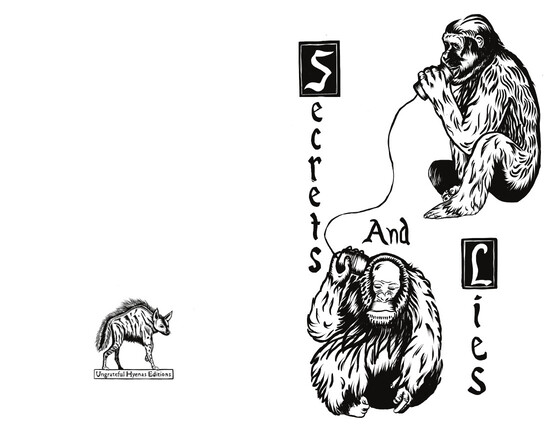 This zine is a reproduction of the text “Secrets and Lies” which was originally published in a 2009 issue of 325. The text discusses security culture and secrecy and the ways that these inter-related concepts play out in the anarchist space. It’s a worthy reflection on this subject and the toll that using these tools improperly can have on anarchists. In addition, the introduction by Ungrateful Hyenas offers thoughtful comments on how secrecy impacts our mental and emotional well-being. 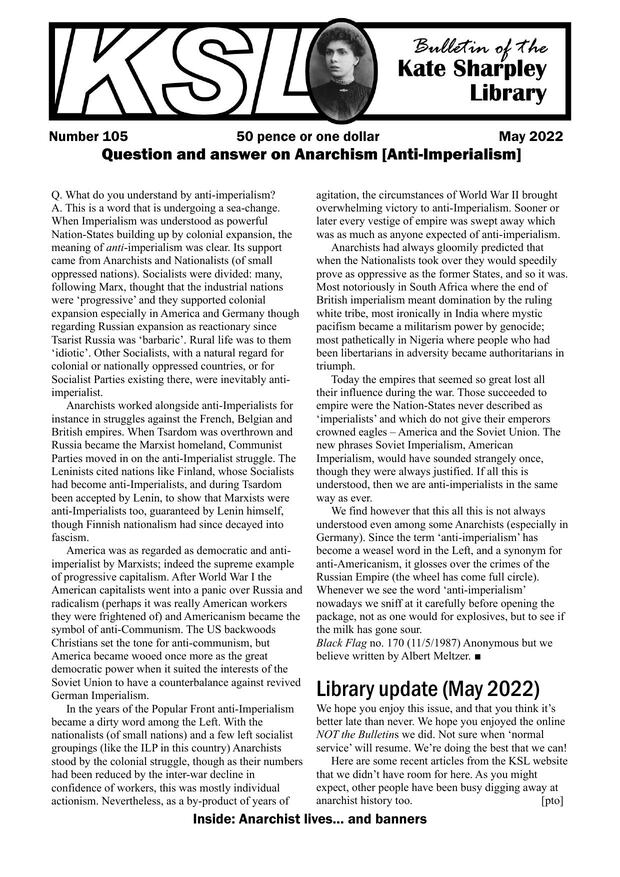 Bulletin of the Kate Sharpley Library – May 2002 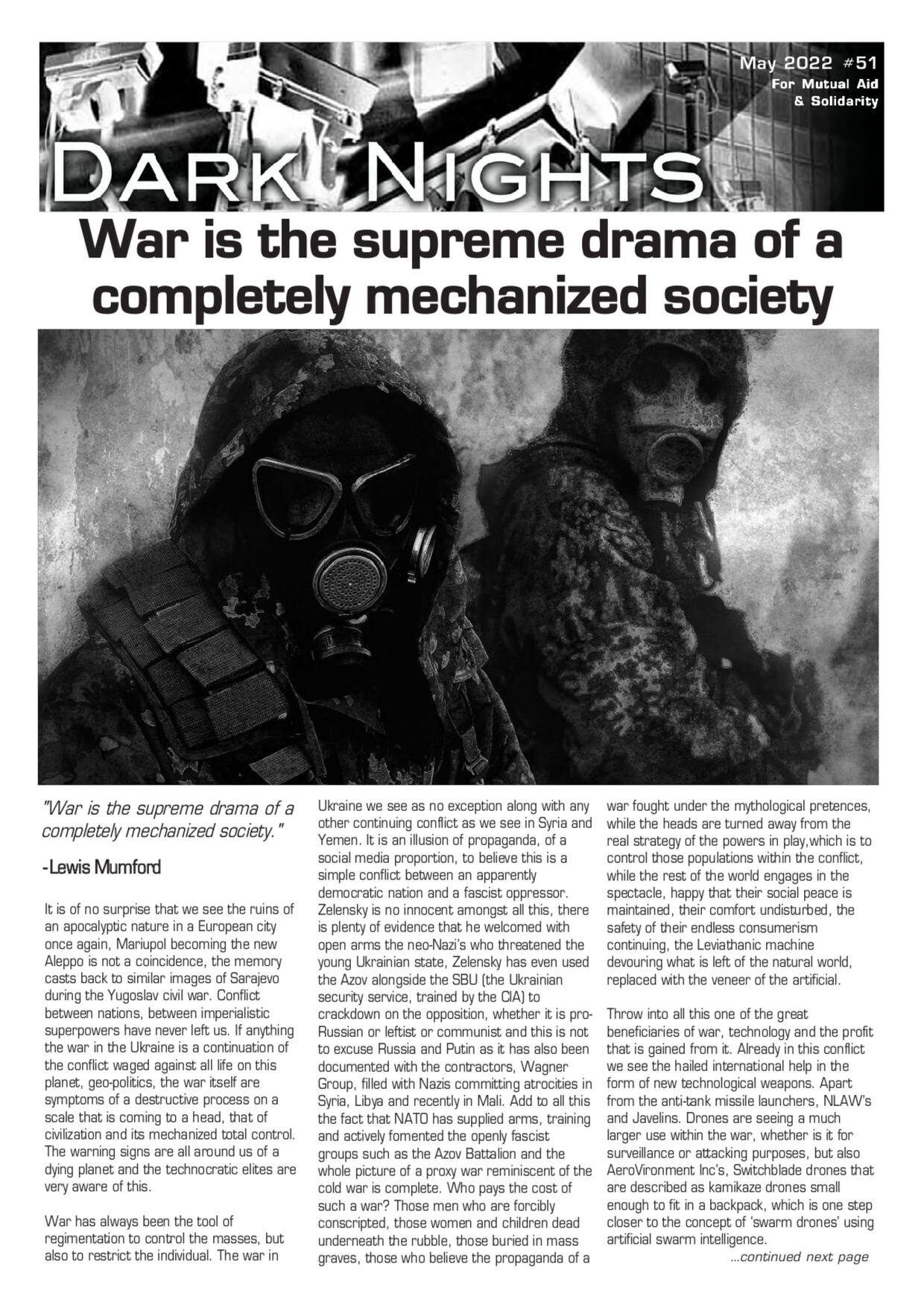 This issue of Dark Nights features an editorial reflecting on anarchist and anti-militarism in light of the war in Ukraine and directs much venom at those anarchists who call for aiding the state. From their description:

Another expanded 16 page edition with articles on the continuing hunger for war by nations, capitalism and civilization. Articles from Italian comrades, of a much needed anti-militarism and calling for the international in response to the war we fight all our lives under the existent. Direct actions and communiques of an anti-militarist nature and examples of past attacks, including Direct Action Cells, attacks from Germany and UK attacks against military targets.