The following zines were published over the last month. We try to cast a wide net with these, so as always, we may not agree with everything contained within. Thanks to those who publish zines, those who print and distribute them, those who read these posts, and those who try to spread anarchy. <3 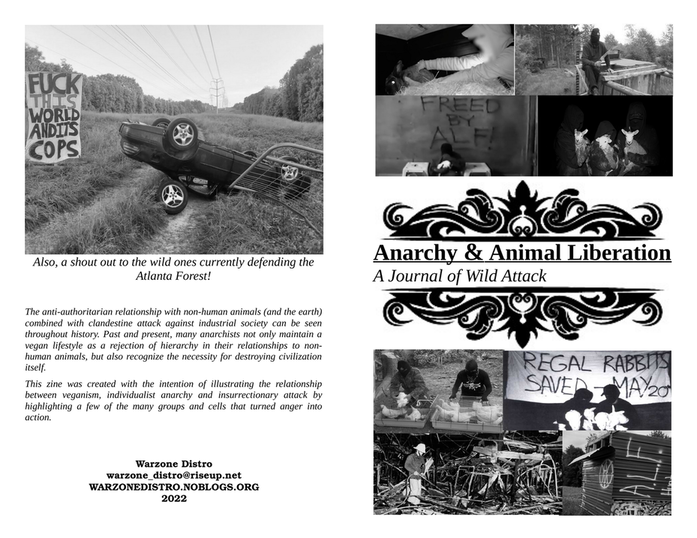 This zine – published by Warzone Distro – aims to highlight the relationship between veganism, individualist anarchy, and insurrectionary attack. The intro highlights the Bonnot Gang’s veganism and moves through an overview of the Animal Liberation Front (ALF) and its offshoots, the Earth Liberation Front (ELF), and Stop Huntingdon Animal Cruelty (SHAC). It ends with a list of resources for finding out more about contemporary actions. 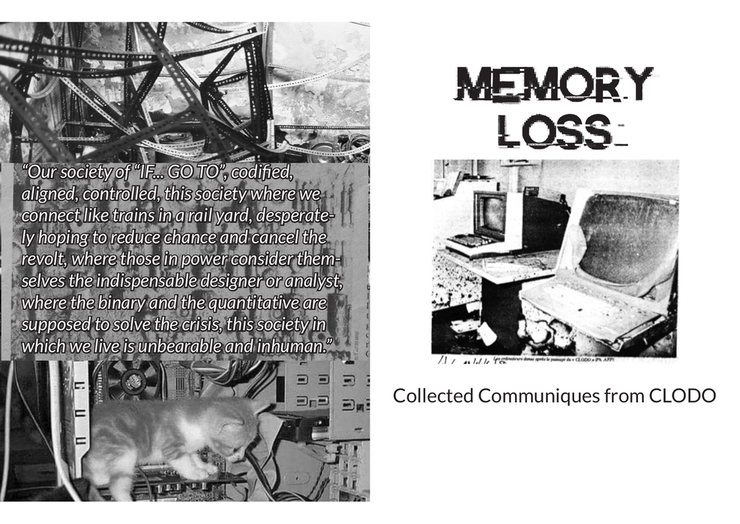 “Memory Loss” presents a history of the French group CLODO, which attacked and sabotaged computers in the 1980s. The zine contains a timeline of action, two communiques, and an interview of the group. Along with these items, there is a helpful introduction which contextualizes the group and its activities and situations them in relation to other anti-technology groups. The zines comes at a good time, coinciding with the release of a new film titled Machines in Flames that documents the group. 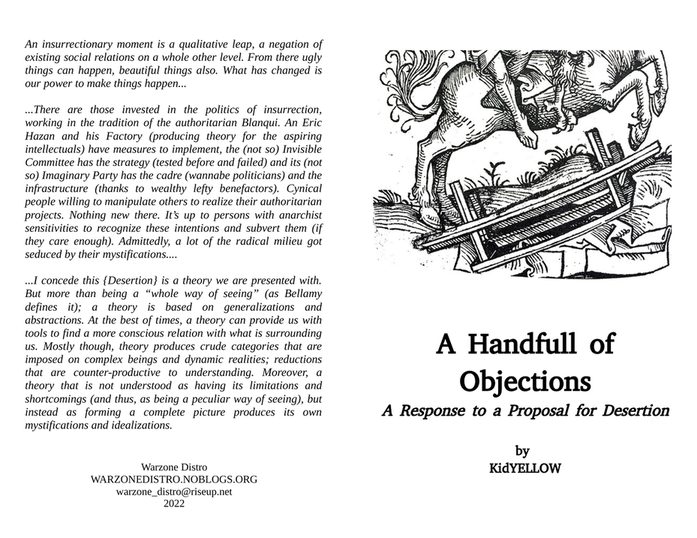 A Handful of Objections: A Response to a Proposal for Desertion

This zine is a response to “An Invitation to Desertion” hich was published in a 2018 issue of Backwoods: A Journal of Anarchy and Wortcunning. It has been a while since I’ve read the text, but this response addresses limitations around the idea of “desertion” as a boycott of sorts and the author’s apparent rejection of sabotage and attack. It’s worth revisiting the original text and this one at the same time. Sadly, this type of printed dialog is relatively rare in the anarchist space. 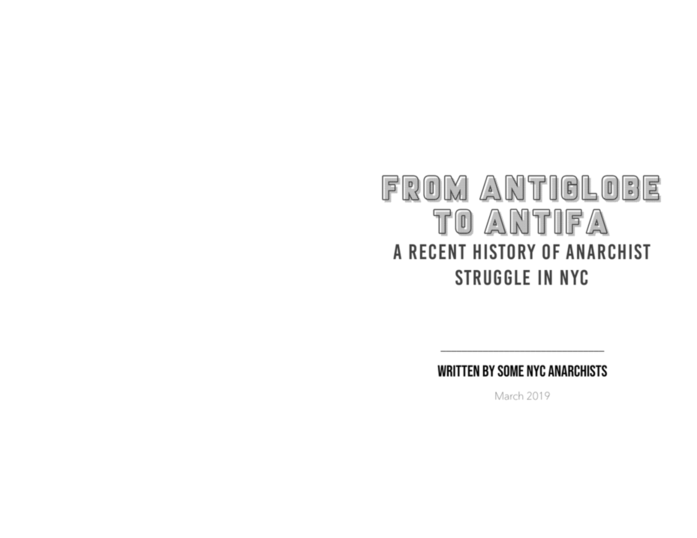 From Antiglobe to Antifa: A Recent History of Anarchist Struggle in NYC

This zine is a bit older – it came out in 2019 – but we were recently alerted to its existence. As indicated by the title, it’s an overview of anarchist struggle in New York City. The author(s) goals from the introduction:

We hope the history compiled herein can build collective memory of recent waves of struggle in NYC, inspire conversations about the history and future of revolutionary organizing, and build a more informed, strategic, and militant anarchist movement.

The zine focuses on presenting a simple chronology rather than analysis. We could see something similar being replicated in other cities as way to introduce recent anarchist history. 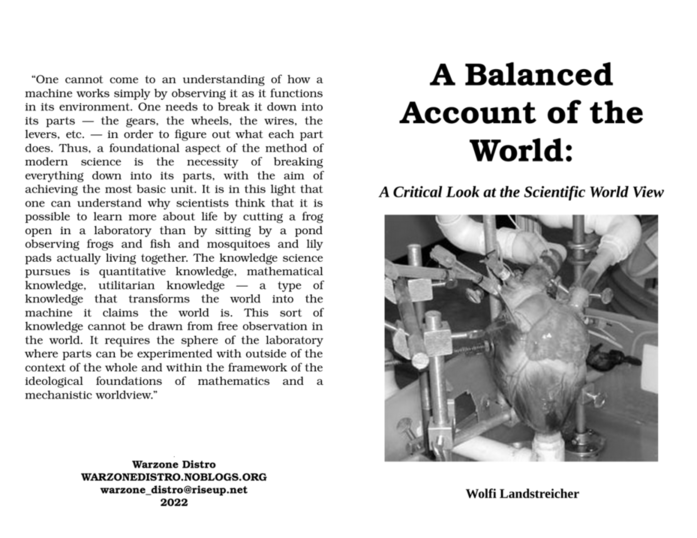 A Balanced Account of the World: A Critical Look at the Scientific World View

This is a reprint (by Warzone Distro) of an article by Wolfi Landstreicher that was originally published back in 2001 in Anarchy: A Journal of Desire Armed. The essay presents a strong critique of how the scientific world view seeks to quantify the world and to describe it in terms that are useful to capital. As the author writes, “the real end of modern science from the start has been to render the universe into a great calculating machine that will render account of its own resources. So the function of science has always been to serve the economy and its development has been the search for the most efficient means of doing so.” If you haven’t encountered this critique before, its definitely worth reading.