This post features zines published within the broad anarchist space during July of 2016. Like our previous post from June, it aims to highlight a variety of zines published by and of interest to anarchists.

We hope that this post will help spread the word about these titles, resulting in increased distribution and proliferation, as well as engagement with the ideas contained within.

Please let us know if you have suggestions for next month’s edition. 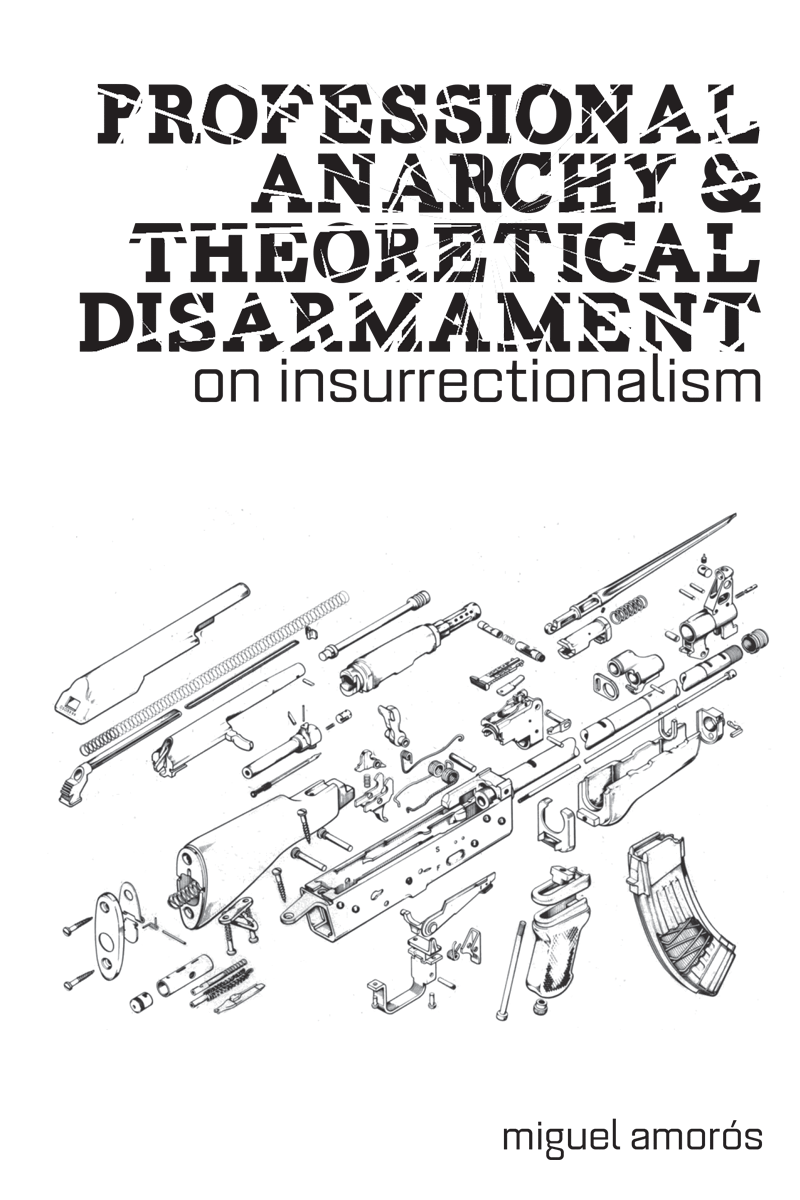 This is a newly laid out edition of a critique of insurrectionary anarchism that was first published back in 2007. While it comes from Spain and is somewhat rooted in that context, it offers a a critical assessment of the insurrectionary current and a historical overview of its development. This is accomplished primarily by looking at the ideas (and activities) of Alfredo Bonanno. 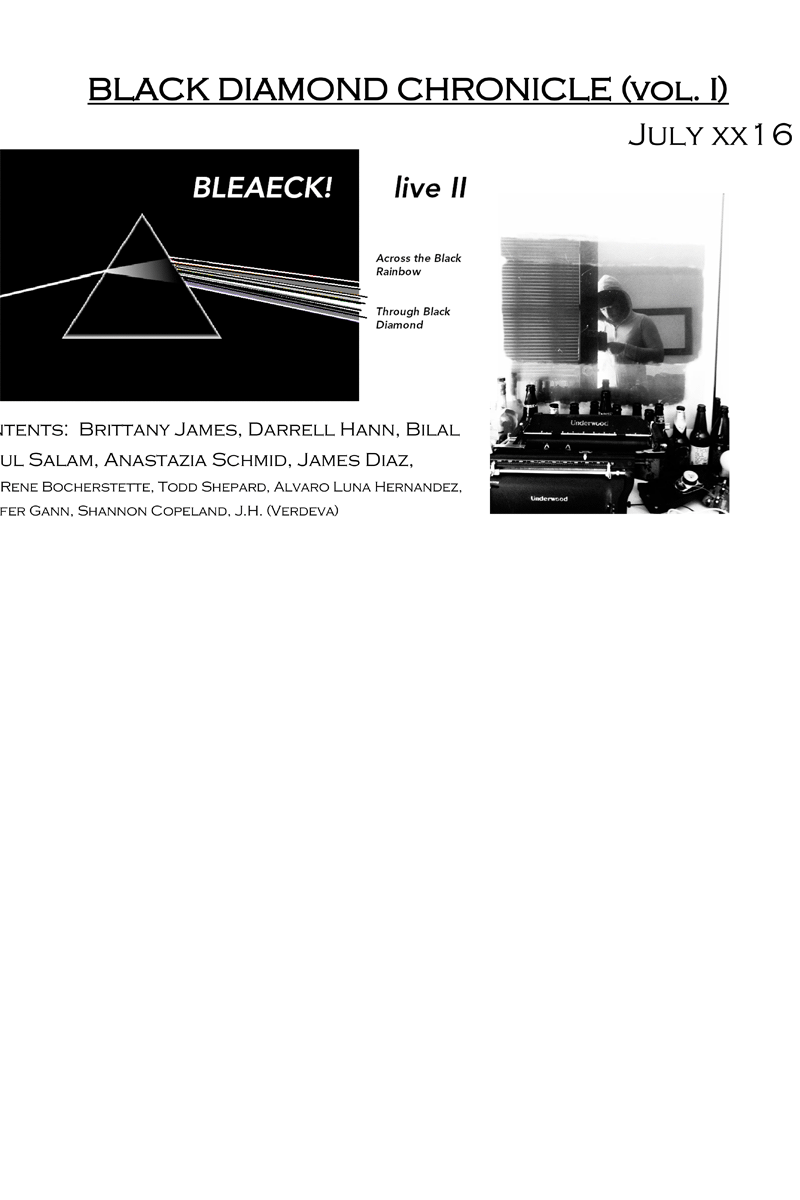 This is a new zine put together by Black Diamond Prisoner Support that collects prisoner writings from across the United States. It addresses a range of topics. 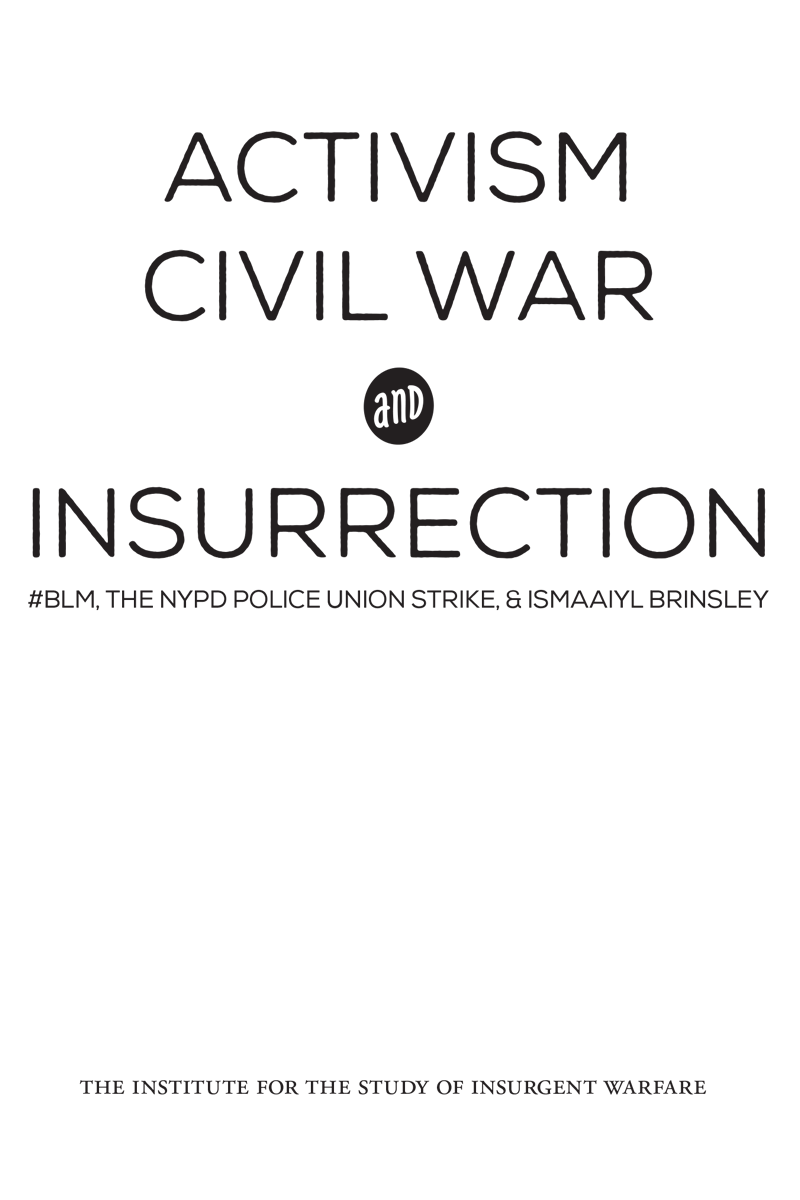 Sub-titled “#BLM, the NYPD Police Union Strike, & Ismaaiyl Brinsley” this piece from the journal Insurgencies explores how the New York City police department responded to the targeted murder of two of their officers by Ismaaiyl Brinsley. The essay uses these events as a starting point to raise larger questions about the nature of activism, insurgency, and policing, especially as they pertain to contemporary movements for black liberation. 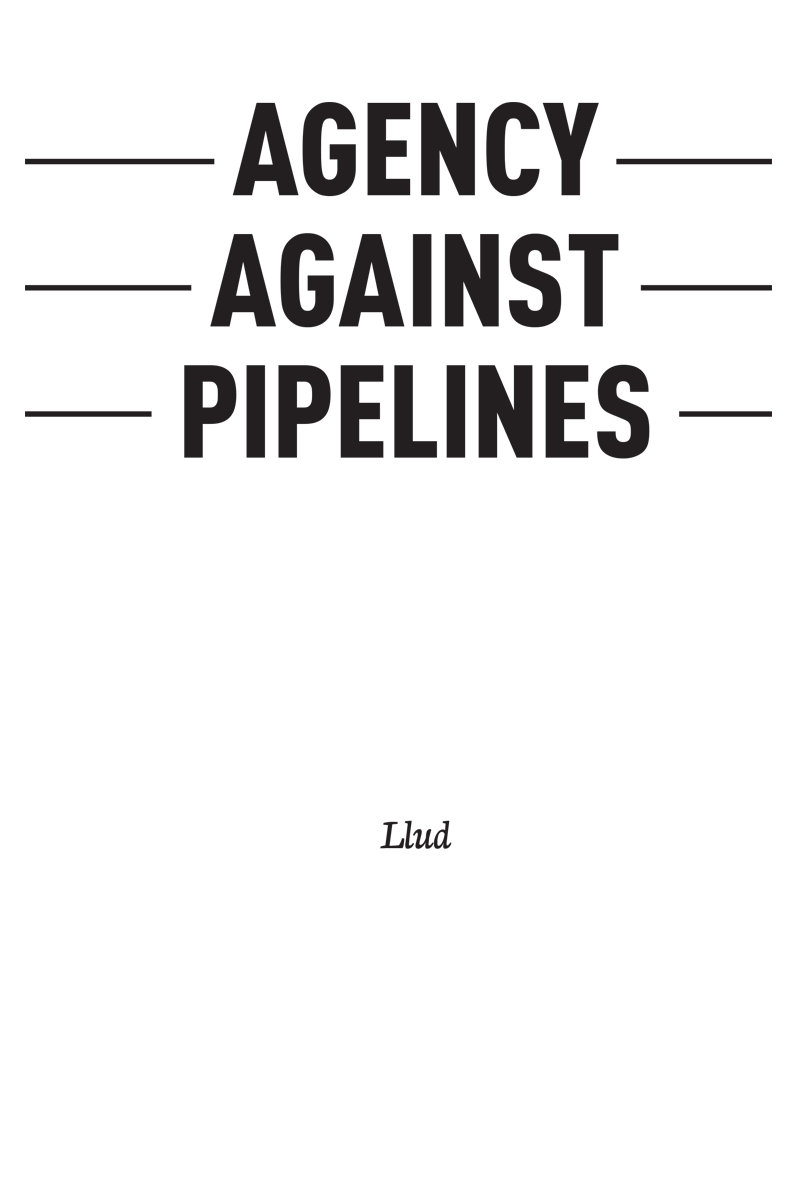 This essay, now presented in zine form, originally appeared in the publication WRECK. The essay argues for more diverse actions actions against oil pipelines in British Columbia. In particular, the essay argues against the practice of passive allyship centered around highly visible campaigns. Instead, it calls for people to develop diffuse forms of resistance centered on autonomy and taking risks instead of just waiting to be told what to do.

In Defense of Fire & Smoke 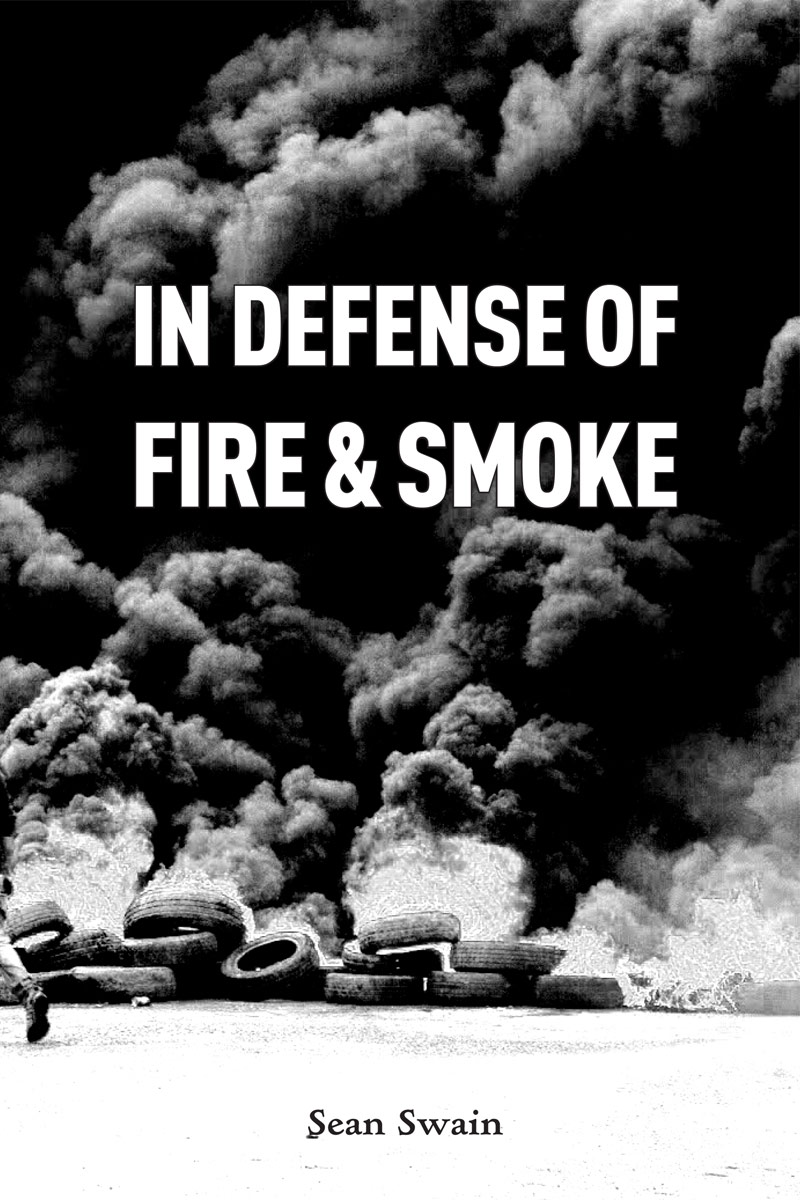 This essay by anarchist prisoner Sean Swain originally appeared in Wildfire #4. It’s a discussion of the difference between “revolutionary action” and “reformist action.” While written in the context of resistance in prison – and focusing much of the discussion on the practice of hunger strikes – the essay offers a helpful analysis of the difference between the two approaches that is applicable outside prison walls.

Critical Solidarity with the Syrian Revolution 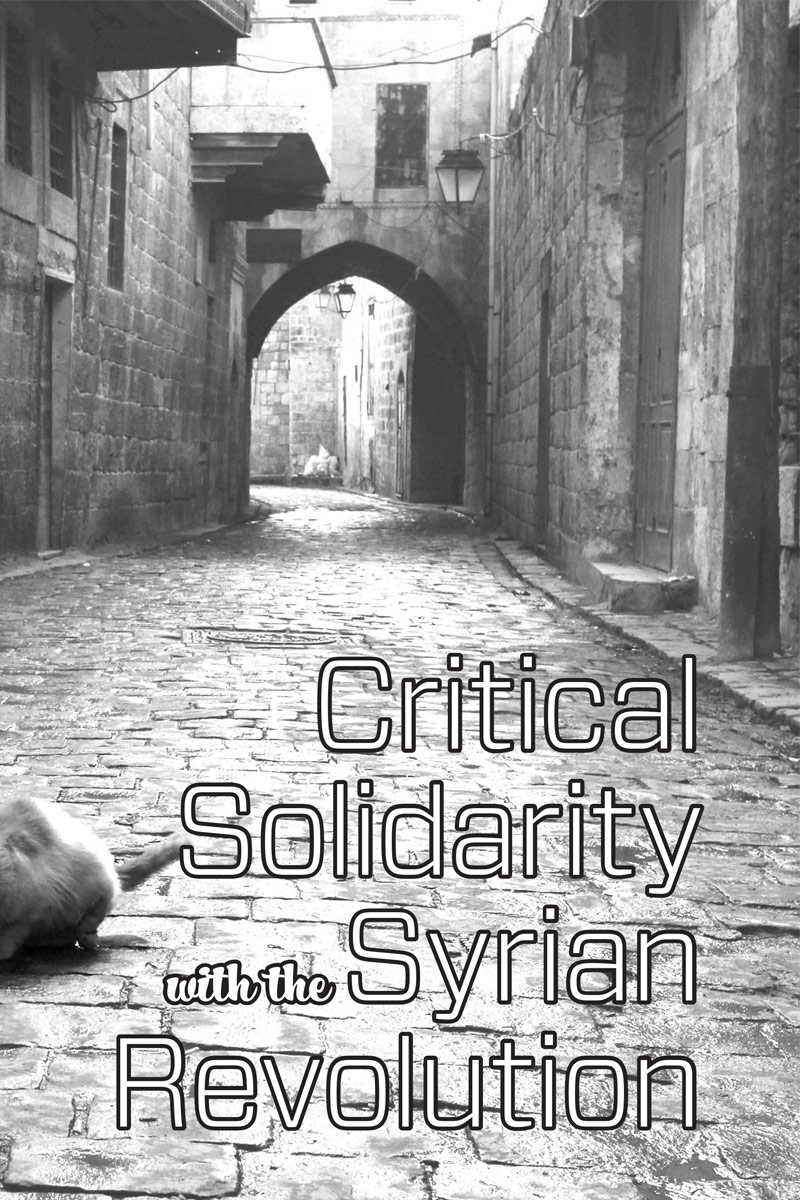 This essay by the Hamilton Institute reflects on two speaking tours dealing with anarchists in Syria that passed through Hamilton, Ontario. It looks at the complicated nature of what is happening on the ground in Syria and argues against uncritical solidarity. There are a lot of important points made about how ideology can prevent people from seeing and how it often acts as a barrier. It’s a worthwhile consideration of a topic that raises important questions about the nature of anarchist solidarity.

The Criminal Legal System for Radicals 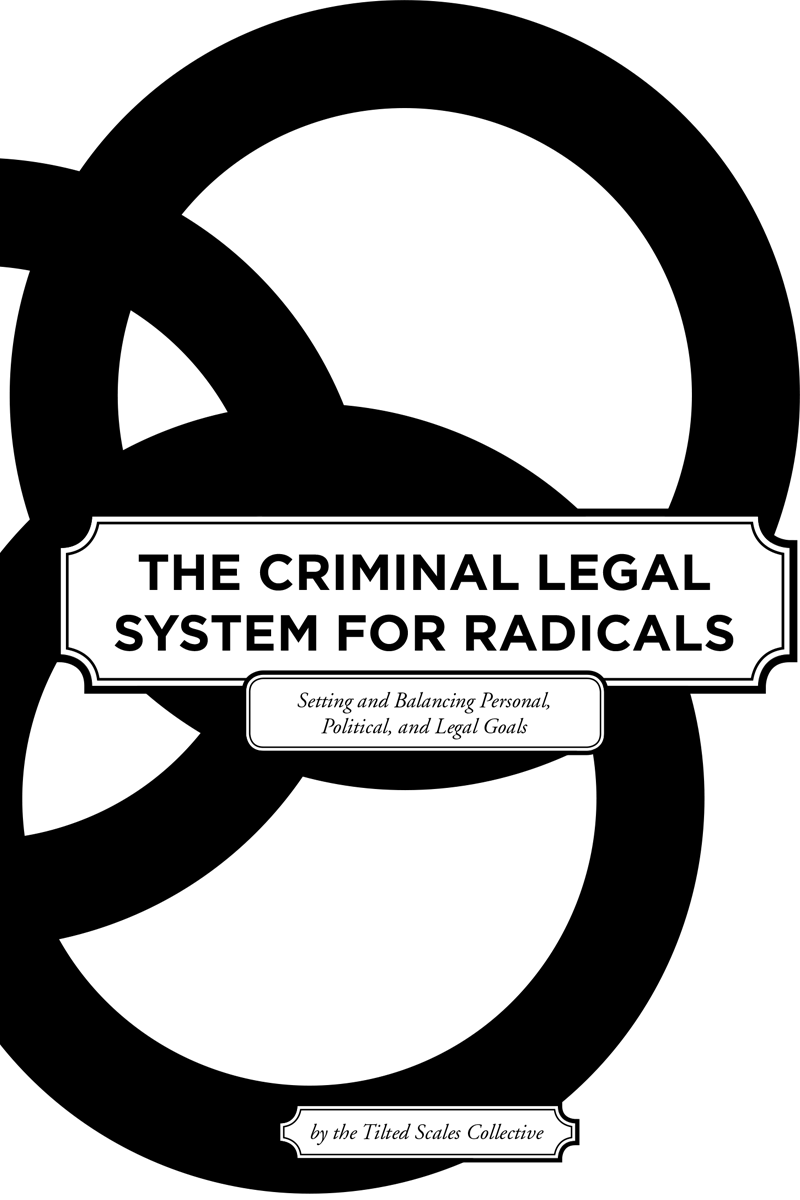 This zine is a chapter from an upcoming book titled A Guide to Being a Defendant. In it, the authors – who have spent years supporting and fighting for political prisoners – explore the personal, political, and legal aspects of mounting a court defense. It offers insights into the personal aspects of setting goals for your defense (i.e. avoiding prison, fighting vs. getting out of the situation as quickly as possible, etc.). Other topics covered include the difference between mounting a “political defense” (involving the media, disrupting the trial, etc.) and a “legal defense” (involving traditional legal processes). It also discusses the possibility of balancing these different approaches as well as the potential pitfalls. Overall, this is a a very well produced zine that is essential reading for any radical. 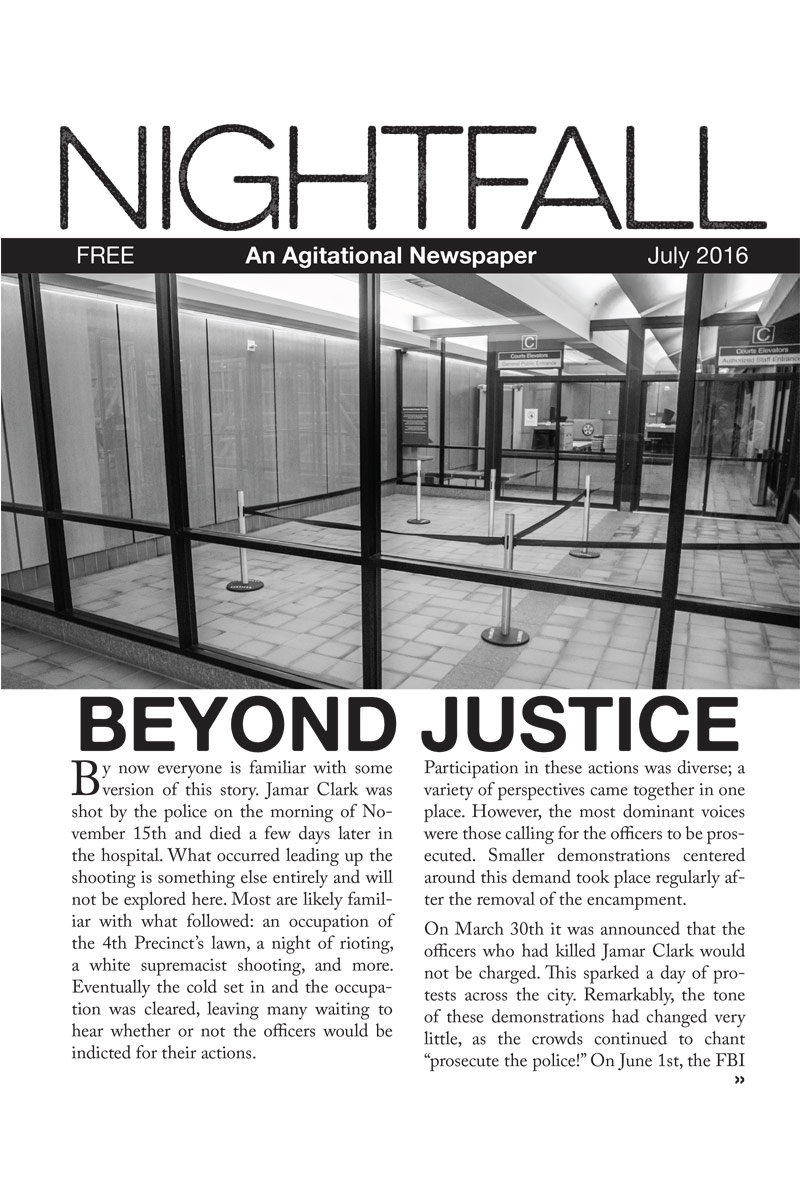 Nightfall is an “agitational newspaper” from the Twin Cities (Minneapolis/St. Paul, Minnesota) aimed at helping people “reevaluate” the approach taken to the turbulent times we are in. Its opening editorial states:

“We are sick of remaining silent while politicians and activists monopolize resistance, incessantly assuring us that the structures of power will listen to our complaints so long as we stay passive.”

In that spirit, the first issue features writings on the limits of “justice”, the Bernie Sanders campaign and the ensuing disenchantment its supporters are now experiencing, resistance news, events, and even a cartoon titled “The AgiTater Tot”. It’s another example of a solid, locally focused counter-information project. 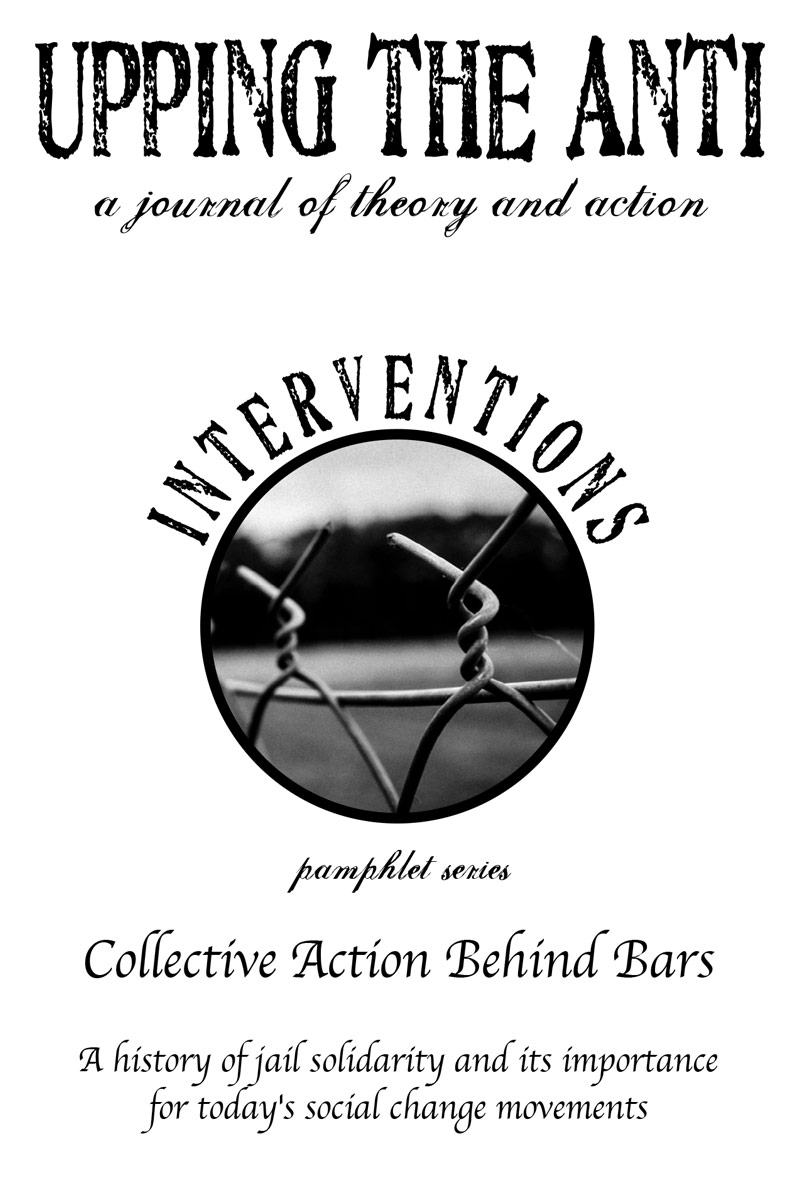 Sub-titled “A History of Jail Solidarity and its Importance for Today’s Social Change Movements”, this zine is a pamphlet version of an article from an upcoming issue of the journal Upping the Anti.

The zine takes as its starting point the political conventions this year in Philadelphia and Cleveland to look at the history of jail solidarity as a tactic for responding to repression. Broadly speaking, it explores how non-cooperation can be used as a means of collective bargaining for better outcomes in a jail situation (i.e. dropping of all arrestees charges). It provides a history of the tactic touching on recent examples in the anti-globalization movement while also going back to the Civil Rights movement and the Industrial Workers of the World’s (IWW) “free speech” fights in the 1910s. 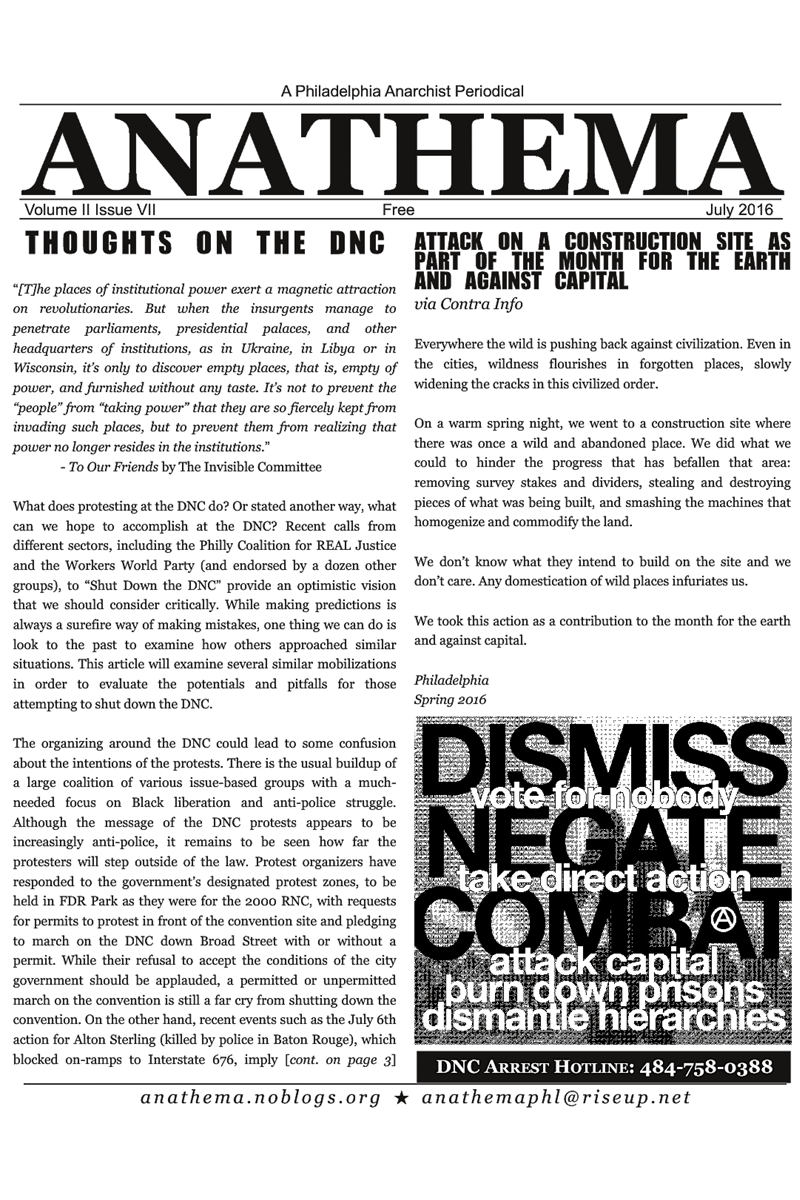 This is the most recent issue of Philadelphia’s anarchist periodical Anathema. This issue features a worthwhile analysis of the prospect of organizing against the Democratic National Convention (DNC) which happened in Philadelphia. 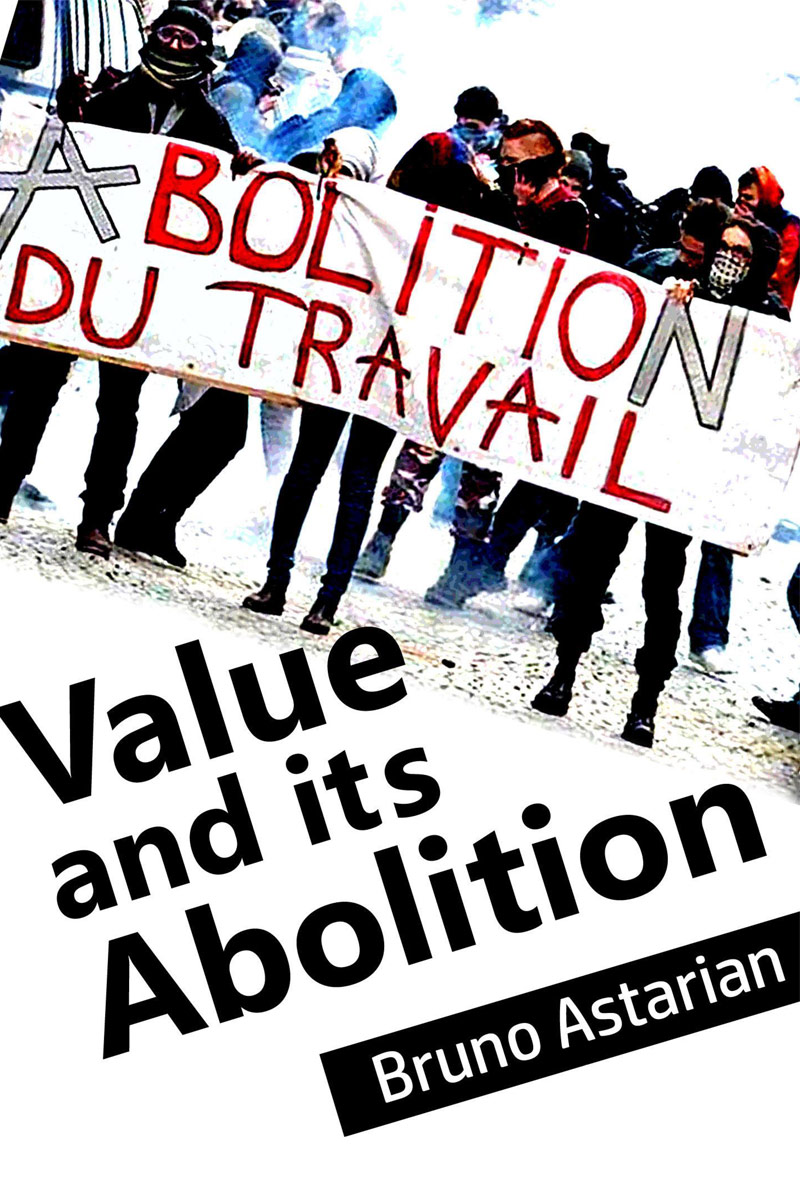 Value and its Abolition

This zine is an abridged version of an essay by Bruno Astarian that examines the Marxist theory of value by exploring contemporary capitalist modes of production. It is dense reading to be sure – but ultimately takes up the question of “abolishing work” and what is meant by that. Amidst its heavy Marxist analysis, there is probably something to be gained from it by anarchists. 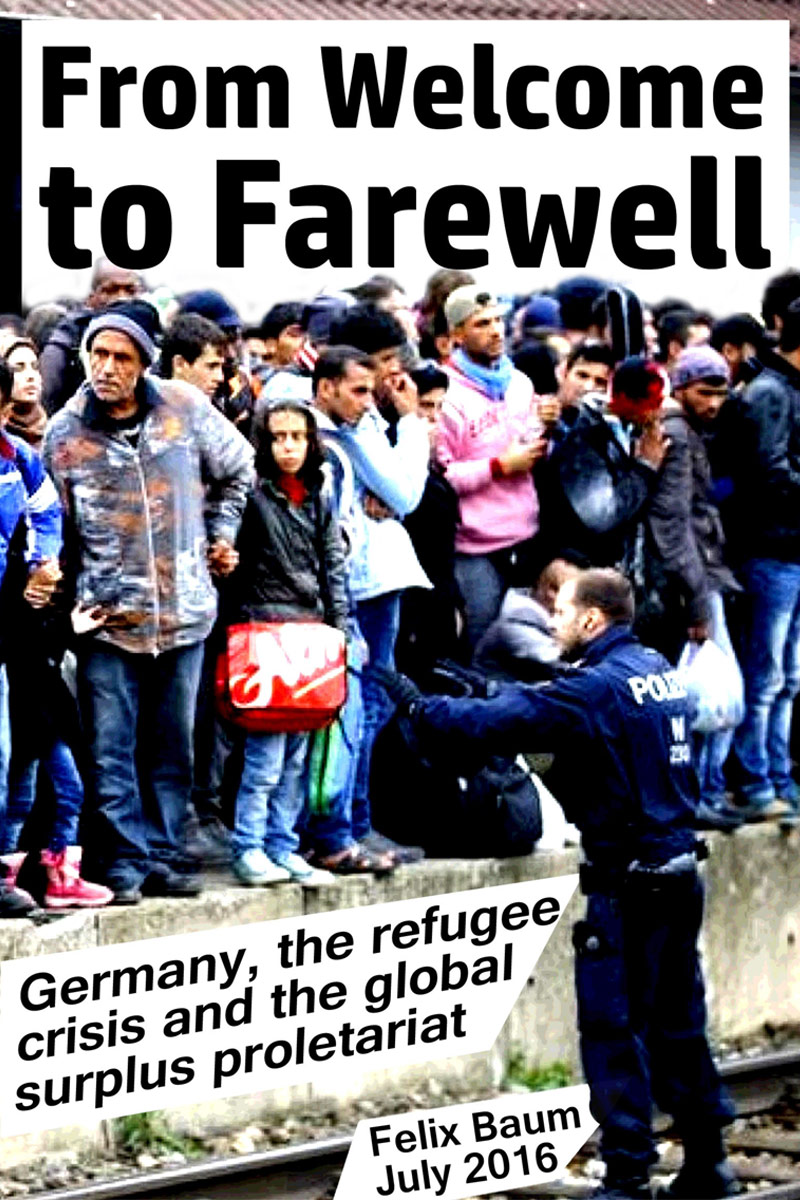 From Welcome to Farewell

Sub-titled “Germany, the Refugee Crisis, and the Global Surplus Proletariat,” this essay by Felix Baum looks at the refugee crisis in Europe, Germany’s motivations for accepting refugees, and the changes in global capitalism that are creating a “surplus proletariat”. It’s an interesting piece that can be helpful in developing a stronger analysis of how contemporary capitalism functions.