This is our third monthly round-up of recently published zines and pamphlets of relevance to the broad anarchist space. We hope it contributes to the increased circulation of these and other zines. We strongly encourage folks to print and distribute copies if they are able.

Part of the impetus behind doing these posts is the absence of Zinelibrary.info. For at time, that site functioned as a centralized point of distribution for texts like these. While the seeming increase in folks doing distros and publishing texts is a hopeful sign, the lack of a centralized point for collecting texts is disappointing. Hopefully this ongoing series of posts can provide a modest contribution towards increasing the circulation of zines and pamphlets within the anarchist space.

If you have suggestions for zine to include in the next month’s round-up, please get in touch. 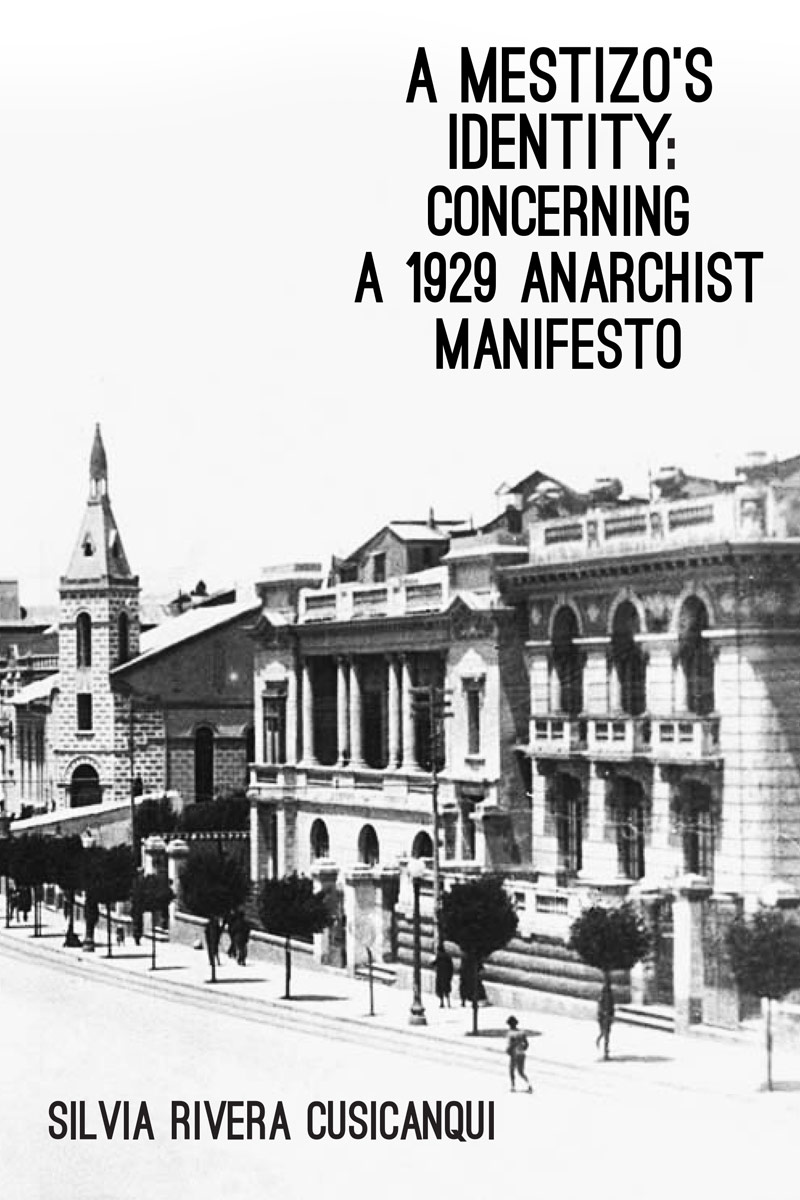 This zine published by Oplopanax Publishing contains two essays by Bolivian theorist Silvia Rivera Cusicanqui on the struggles of urban and rural peoples. From the introduction:

I hope that this translation contributes to rethinking some common anarchist ideas concerning cultural differences and political commitment, and presents new working concepts of historical time and revolution, as well as offering a richly historical and concrete case of the idea of a “multiple self” whose multiplicity is not a block to action but its very motivation.

“We Are Not Anti” 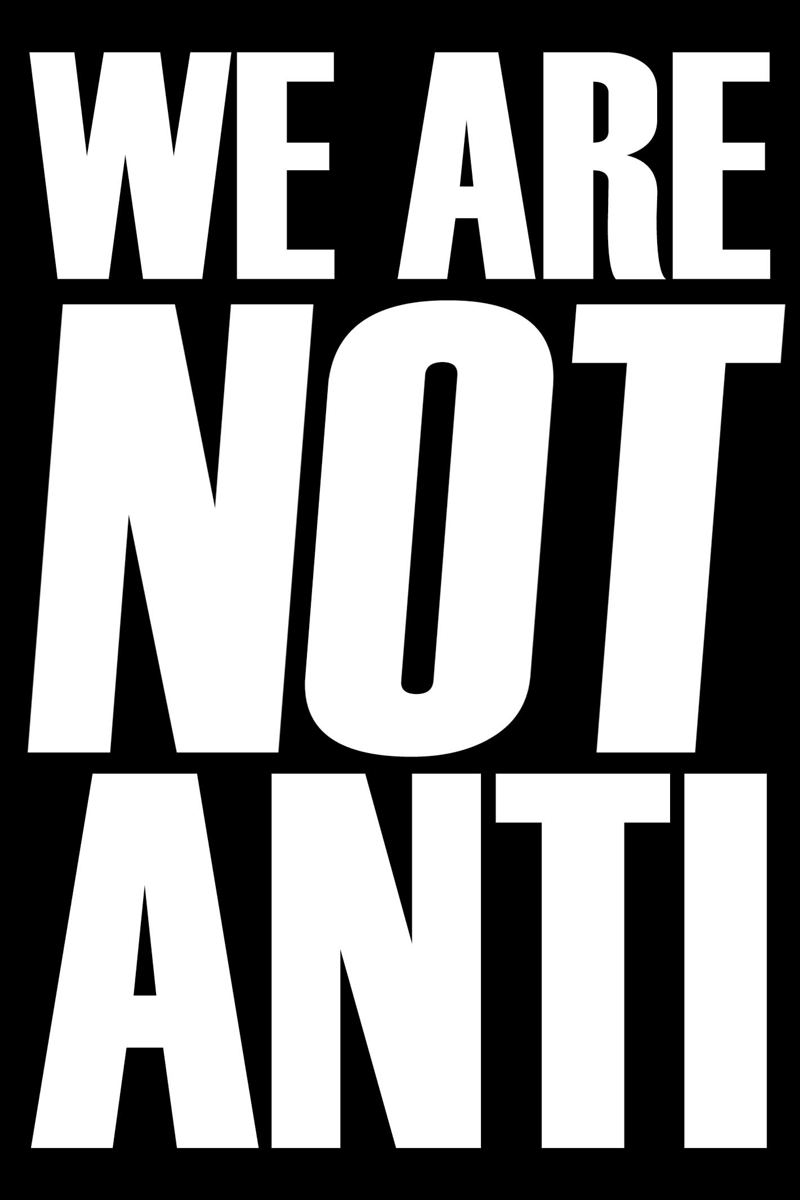 This zine from Subversion Press presents a 2005 essay by Theorie Communiste that considers the limits of an analysis centered around politics defined as “anti-” something. In the introduction accompanying this pamphlet, the translator situates the text’s argument in the contemporary context:

Amadeo Bordiga once famously quipped that the worst product of fascism, politically speaking, was anti-fascism. The same could also probably be said of imperialism, only substituting anti-imperialism for anti-fascism. Nothing is worse than anti-fascists who call for communists to bloc with the Democrats in a popular front against the fascist scourge of Trump.

A 2 Z of Communisation 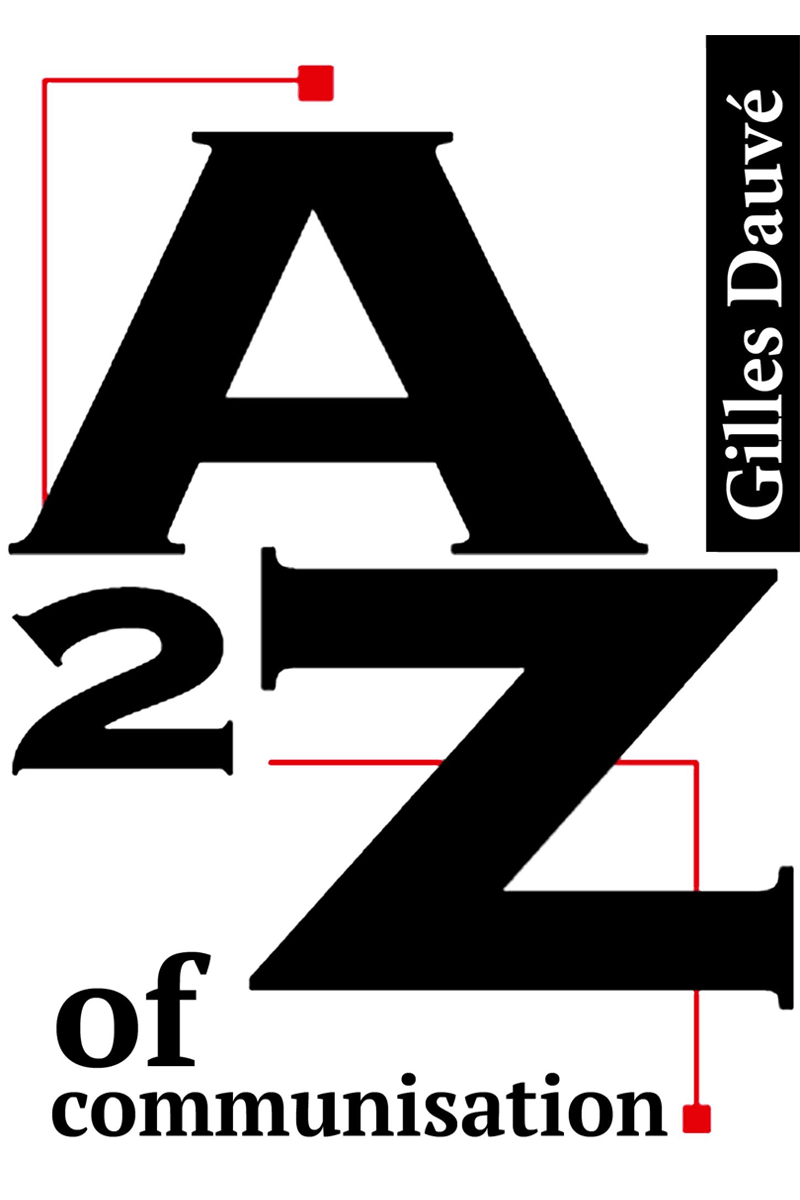 This is an introduction of sorts to the idea of “communisation”, which has been gaining popularity in circles that often overlap with the anarchist space. The text is by the fairly well-known author/theorist Gilles Dauvé. It covers a lot of topics: autonomy, Marx, work, insurrection, time, daily life, etc. Accompanying each section is a list of recommended readings, making it a good starting point for developing an understanding of communization theory. 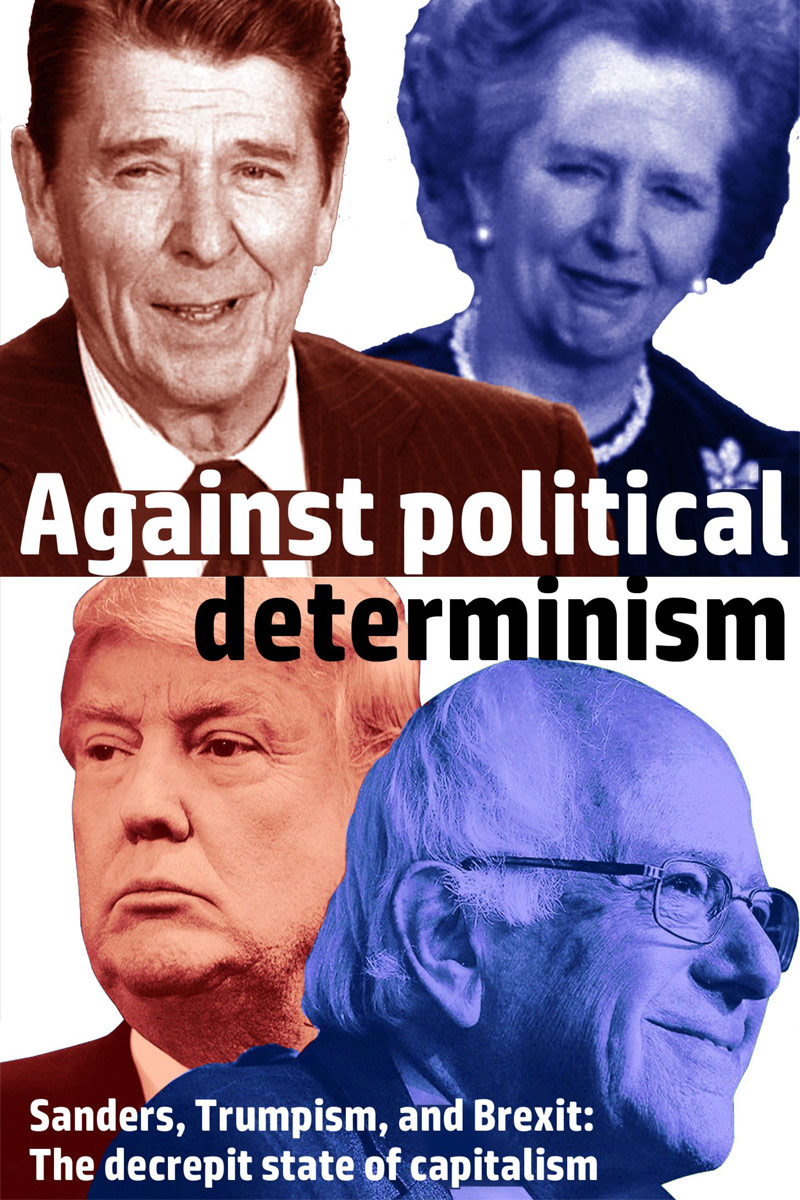 This pamphlet reproduces an article from a Marxist publication that attempts to analyze recent events, specifically the understanding that “the left” has of neoliberalism. It argues that this understanding is limited and personified, creating a form of “political determinism”. This in turn leads to both a poor analysis and praxis, hence the support for the candidacy of Bernie Sanders for president. Rather than something dreamed up by “evil” politicians, neoliberalism was a response to the economic malaise of capitalism. Moreover, it argues that there will be no returning to the pre-Neoliberal prosperity as all indicators point towards a continued decline. 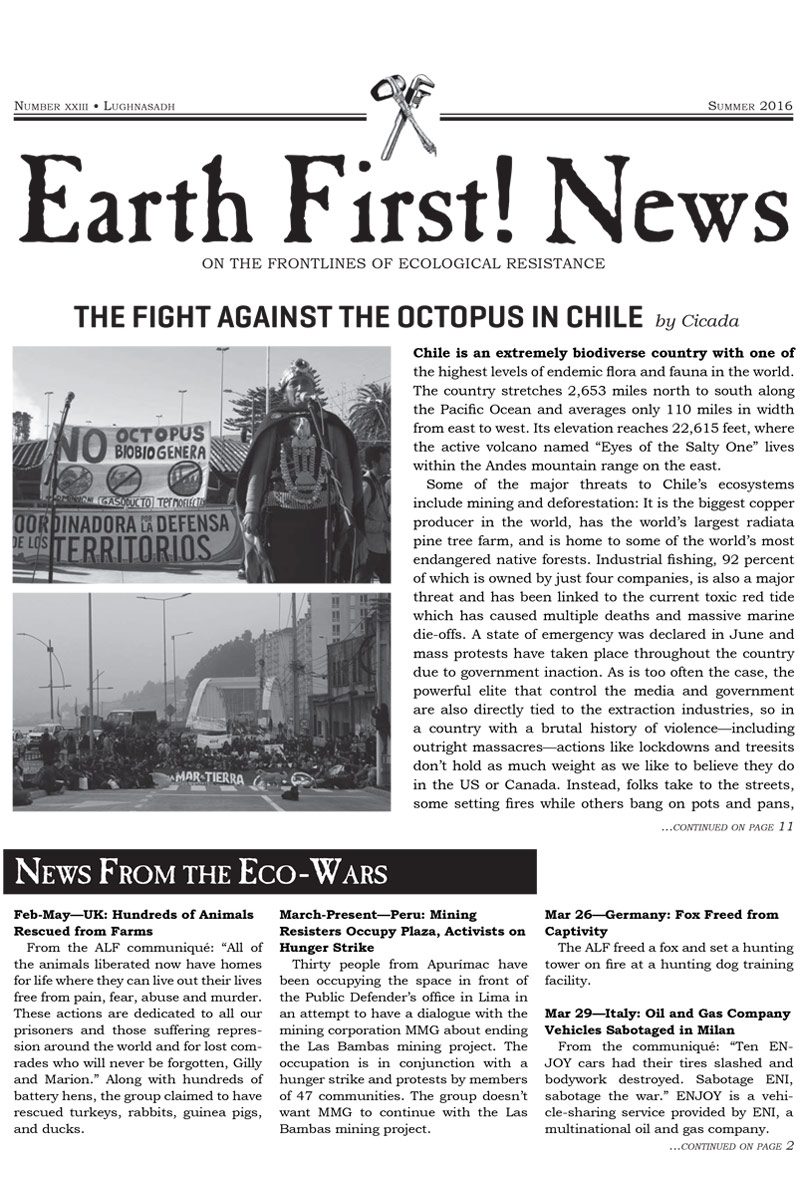 The summer 2016 edition of the quarterly Earth First! Newsletter includes a feature on resistance to a liquified natural gas terminal in Chile, an extensive chronicle of actions over the past several months, and prisoner addresses, 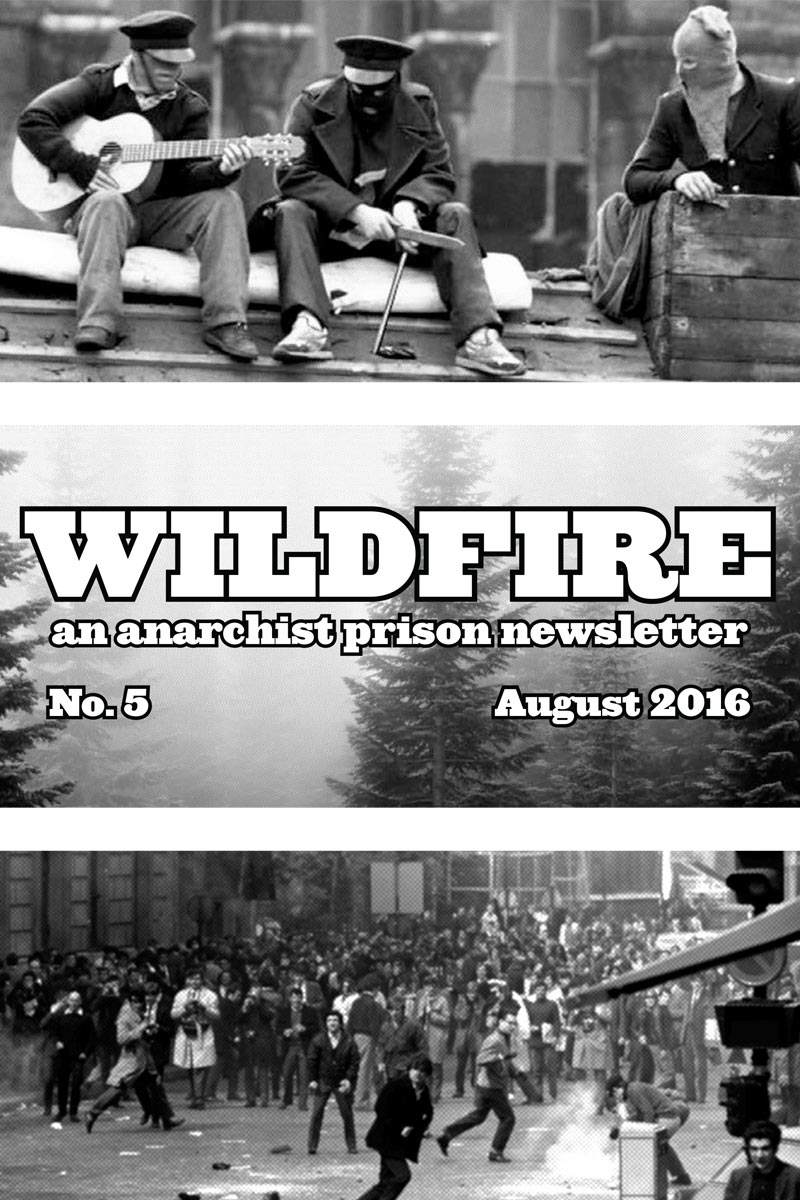 Issue 5 of the anarchist prison newsletter Wildfire features writings from a range of anarchist prisoners, including well-known ones such as Sean Swain, Michael Kimble, and Luke O’Donovan, as well as writings by numerous others. Among the topics discussed are the ongoing debate around reformist action, prison rebellions, prisoner apathy, and the role of queer and trans folks in recent rebellions. The newsletter also features an extensive round-up of anarchist action and prison rebellion. 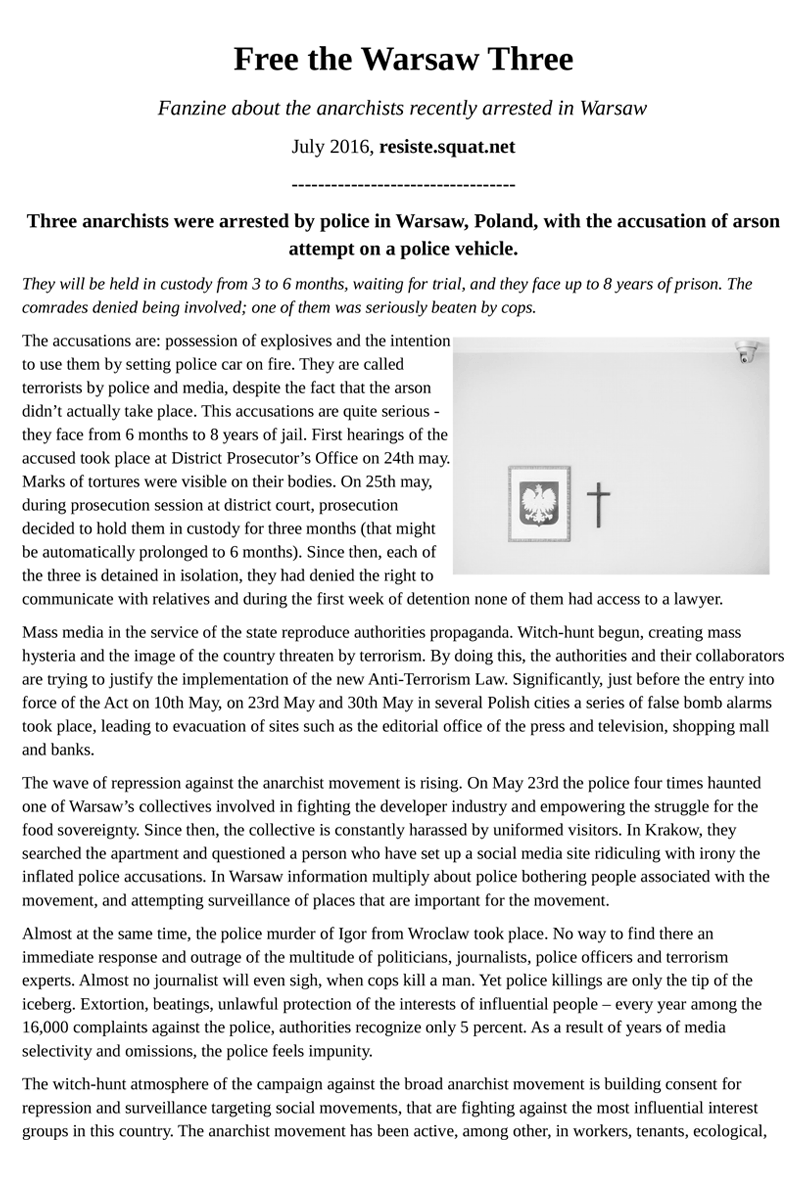 This pamphlet highlights the case of “the Warsaw Three”. They are 3 anarchists who were arrested in Poland and charged with attempted arson of a police vehicle. They are currently being held in isolation and face 6 months to 8 years in prison. The pamphlet provides updates on the case, situates it within the context of growing anti-anarchist repression in Poland, and includes a call for international solidarity.

Workers Against Work: On Doing What You Hate 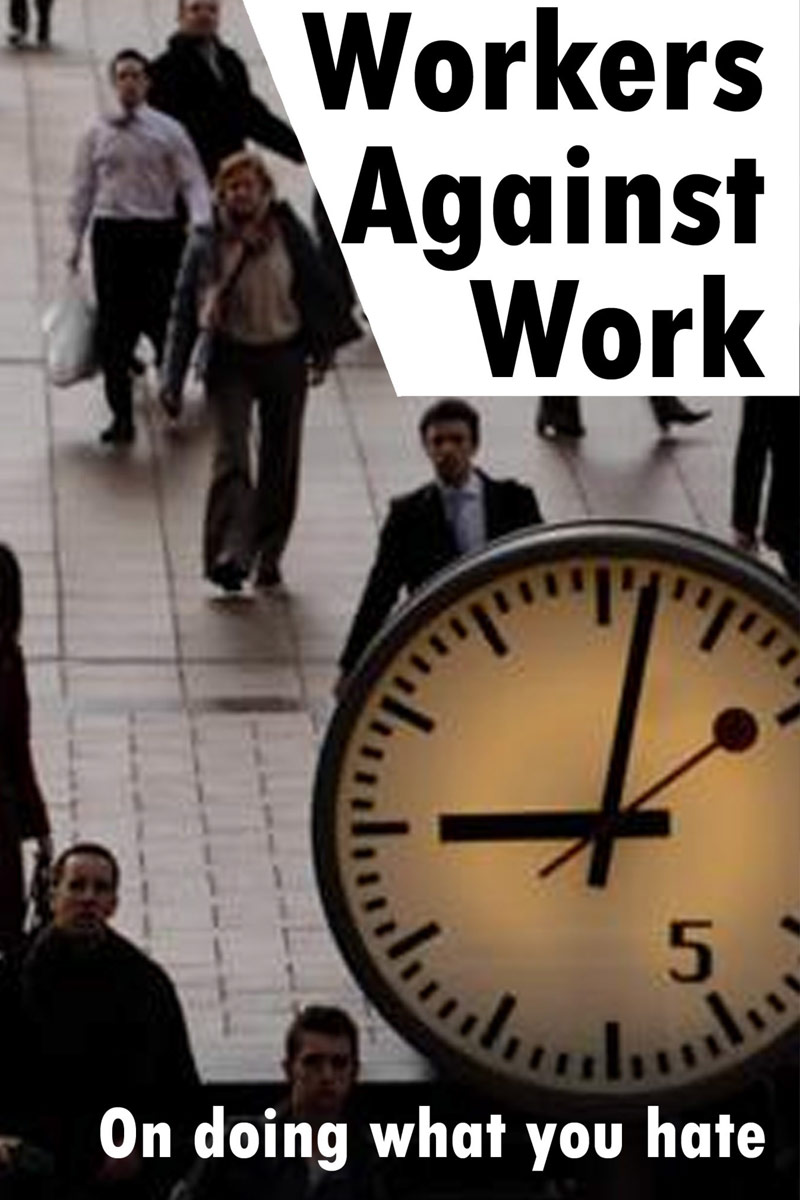 This pamphlet features a recent (2016) essay that looks at the state of contemporary “work” in the Western world. It argues that “work” has become ever more empty, with phrases like “do what you love” or “love what you do” being laughably insufficient attempts to hide the misery of work. It looks at precarity, inequality, the growing prevalence of work done on/for social media sites, etc. It’s a good introduction to the way things are.

The Zone to Defend 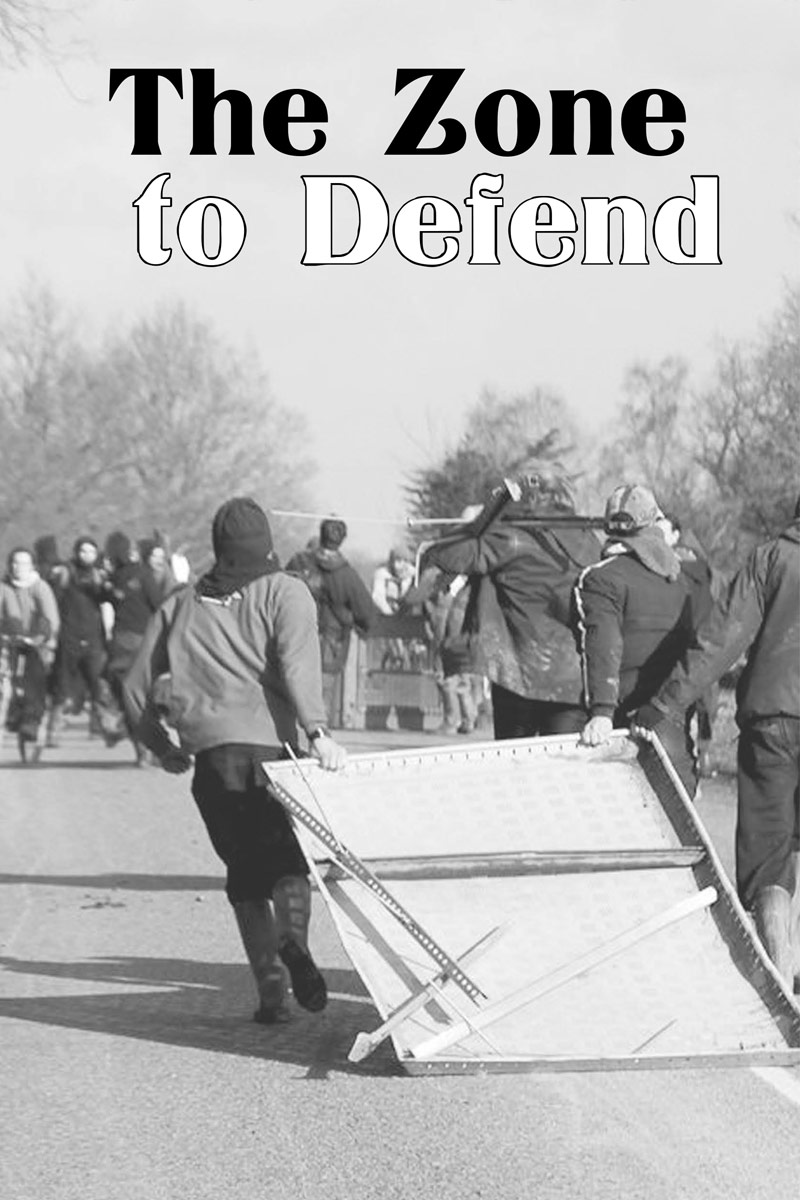 This zine is a recently translated text on the ZAD (Zone à Defendre or “Zone to Defend”) in France. It gives a good overview of the ZAD, including a timeline of important events in the struggle, before moving into a discussion of what it means to build a common future on the land. It’s written with a strong sense of optimism and moves well beyond just a discussion of the occupation/resistance resistance and begins to grapple with the question of what happens if they win. 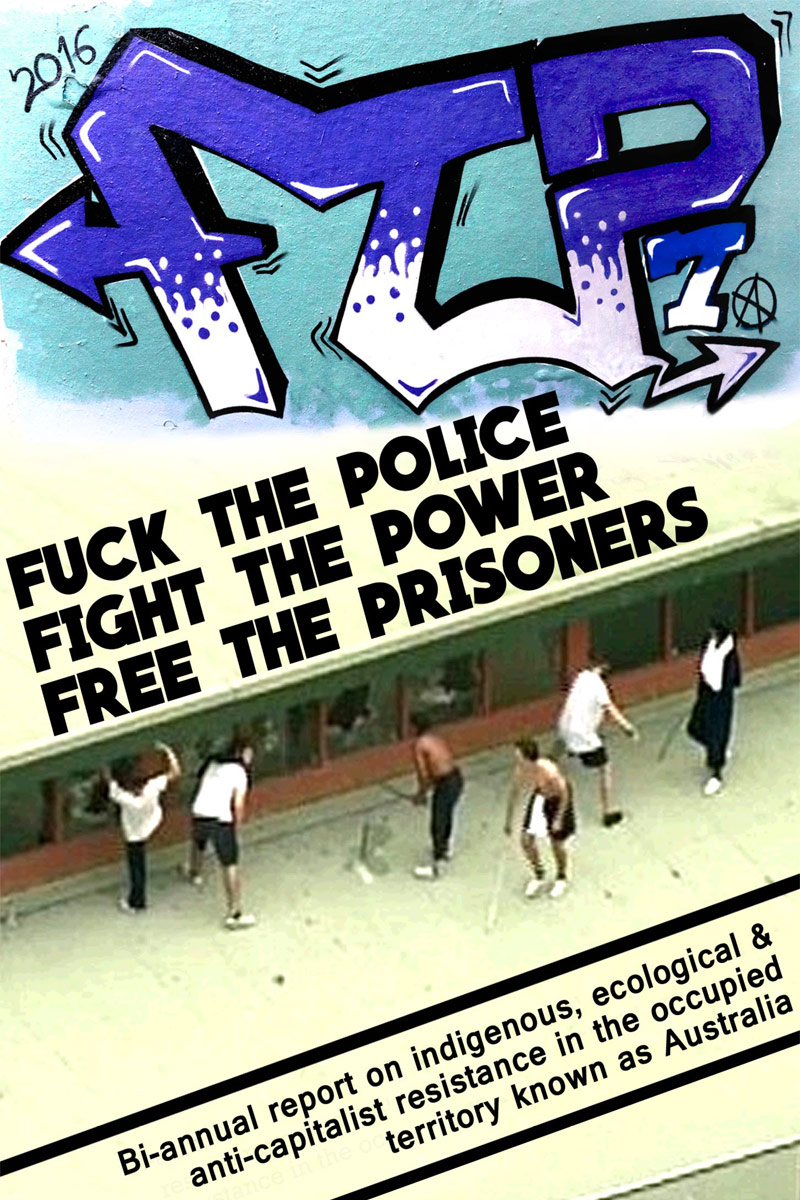 FTP is a zine from the occupied territory of Australia that chronicles various anti-colonial and anti-state resistance that has happened over the previous six months. It highlights “acts of resistance to the Australian state and its control of this territory, such as attacks on its police, its prisons, its monuments and its schools.” To that end, it’s filled with reports and photos including communiques and excerpts from mainstream news articles. 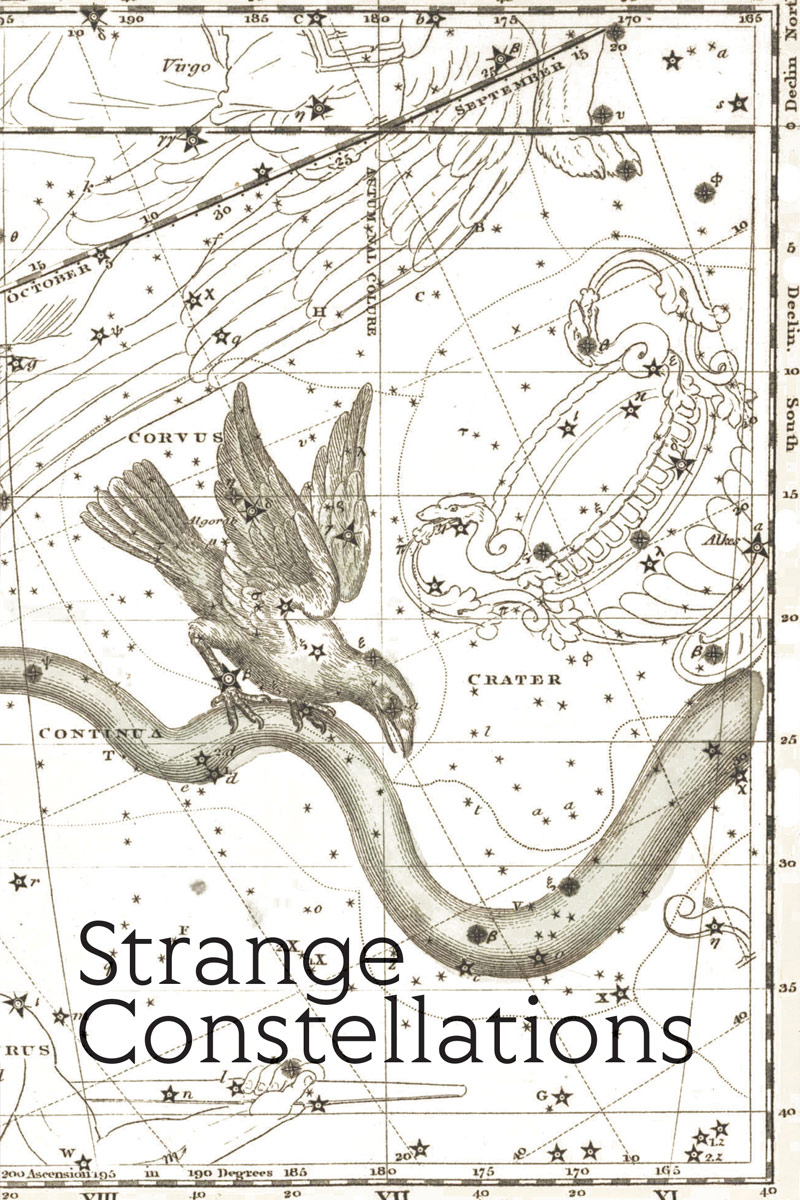 This rather poetic text engages with the concept of friendship and communism, raising questions about how we engage with the world, create forms of life, develop constellations, and ultimately communism. It references Tiqqun and the need for “cartographies” that develop “lines of flight” out of empire. It’s a call for new forms of sharing and new ways of being.

Friendship as a Form of Life II 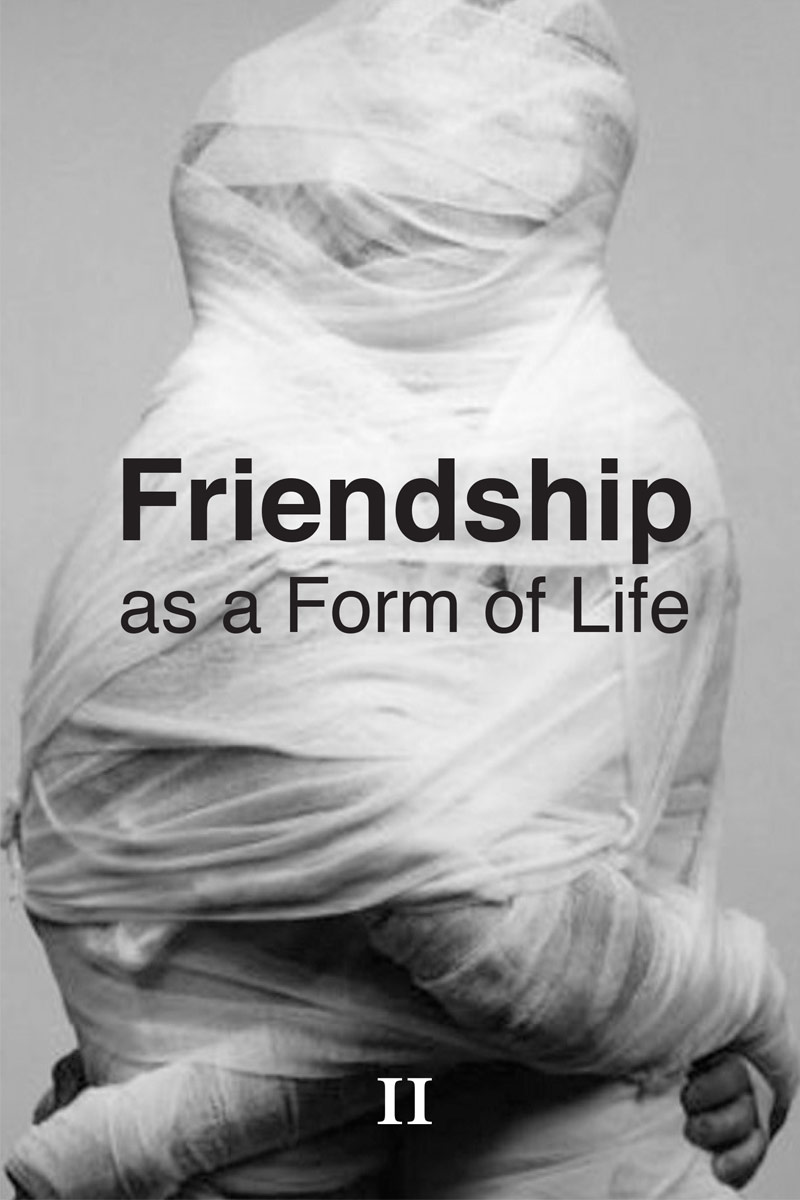 This zine contains five essays that engage with the concept of friendship by way of various radical philosophers. Texts include: “Robot Seals as Counter-Insurgency: Friendship and Power from Aristotle to Tiqqun,” “The Terrible Things We Do to Each Other: A Lecture on Anarchy and Friendship”, “The Fragility of Friendship,” “Love // Tarnac Seminar,” and an excerpt from the previously mentioned “Constellations” piece. 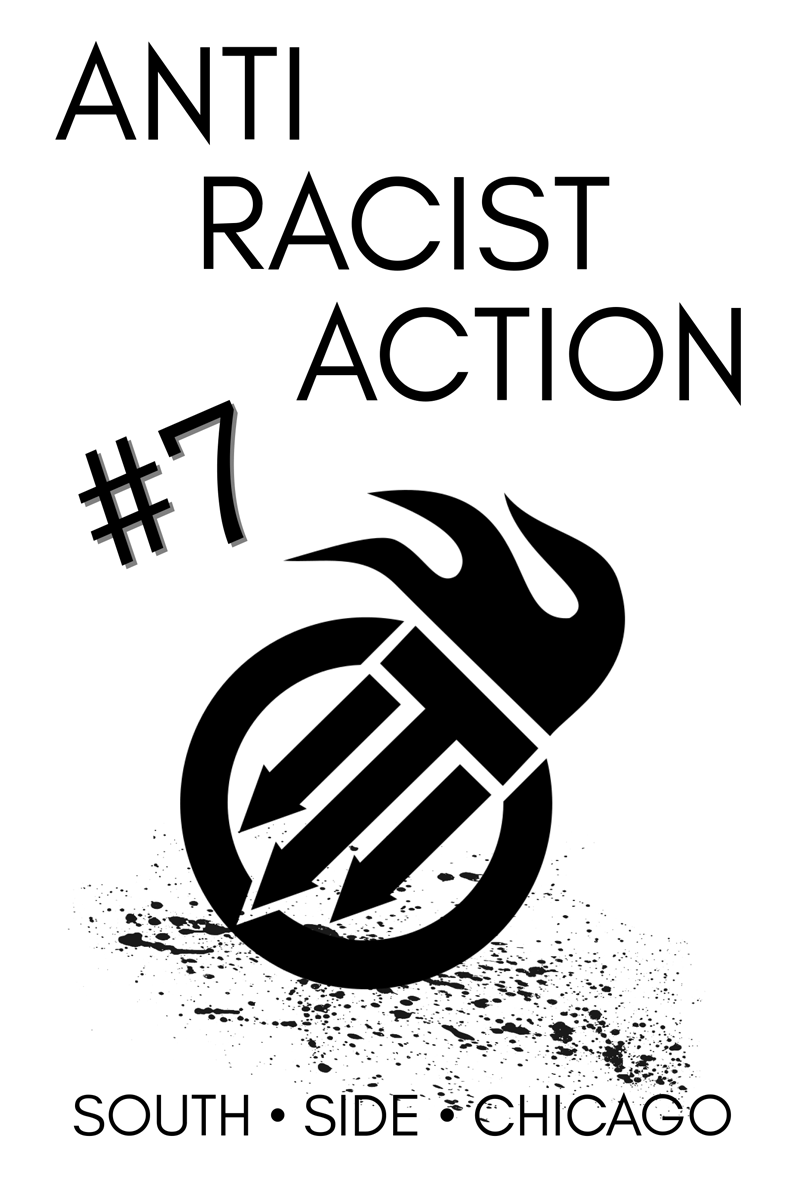 This is the 7th issue of Southside (Chicago) Anti-Racist Action’s annual zine. It contains updates on various anti-racist and anti-fascist actions in Chicago and around the United States, news updates on fascist organizing in the Midwest, and a round-up of intelligence on Chicago area fascists. Additionally there are two theoretical pieces that look at masculinity and the far right and a piece answering critics who oppose the use of force in confronting white supremacy. 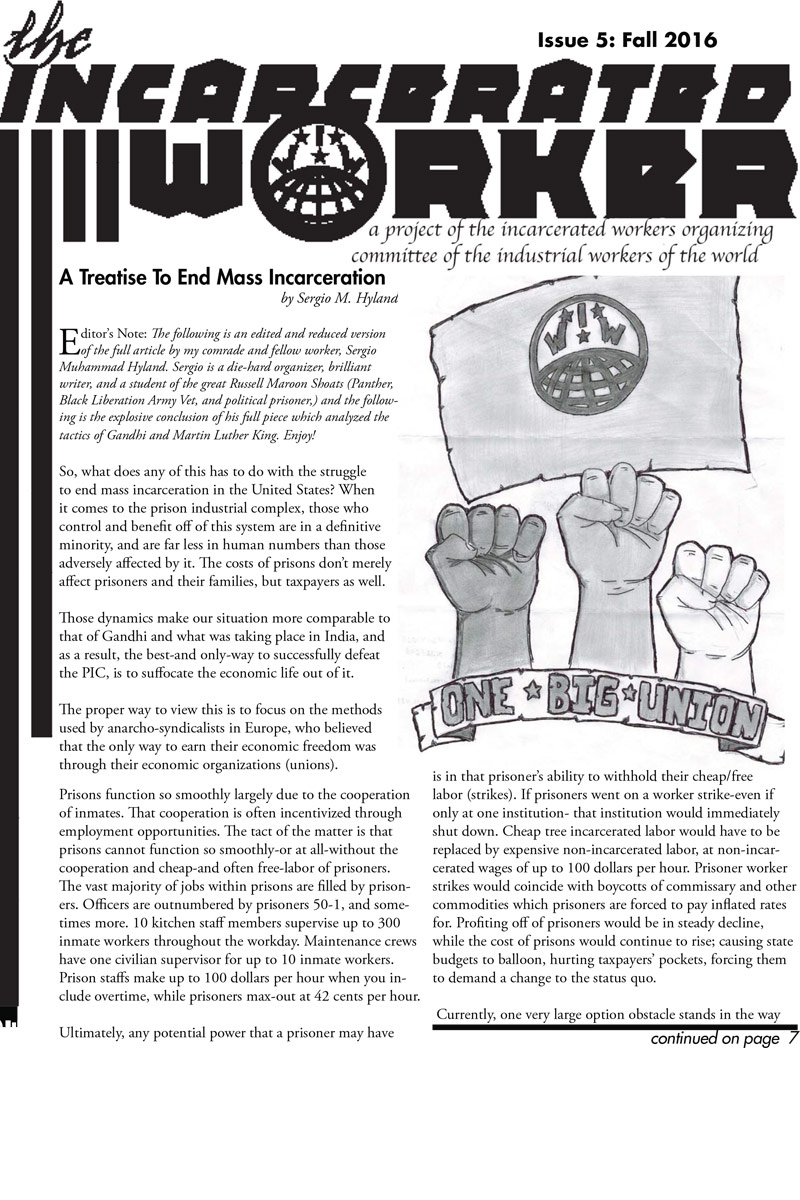 This is the fall 2016 issue of the Industrial Workers of the World’s Incarcerated Worker, a newsletter of their Incarcerated Workers Organizing Committee (IWOC). It contains writings and artwork from prisoners, updating on ongoing organizing efforts, listing of IWOC chapters, and more.