In many circles, struggle—especially for those who come from positions of varying degrees of privilege—is often defined as something that must happen in relation to another group. For many radicals (and many anarchists), this is discussed primarily in terms of becoming an “ally” of a specific group and placing oneself at the direction of an “other”.

This zine engages with an alternative perspective that assumes that people have their own valid reason for struggling and that by coming together from a shared position, we can have stronger and more powerful relationships. Writing through the lens of anarchist activity in Canada, this zine explores the ways – both theoretical and practical – in which anarchists have attempted to act in complicity with indigenous resistance. The zine presents essays on insurrectionary theory alongside communiques from numerous actions undertaken across Canada to present an alternative path of struggle. 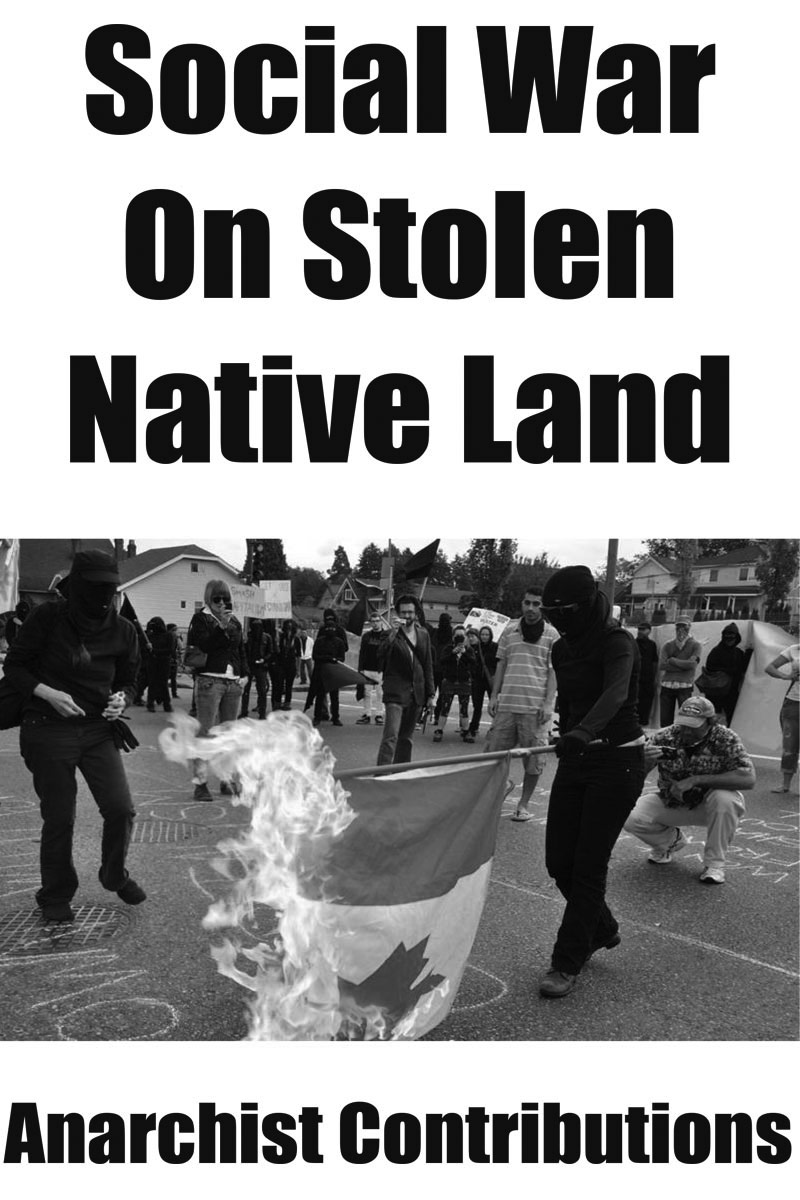